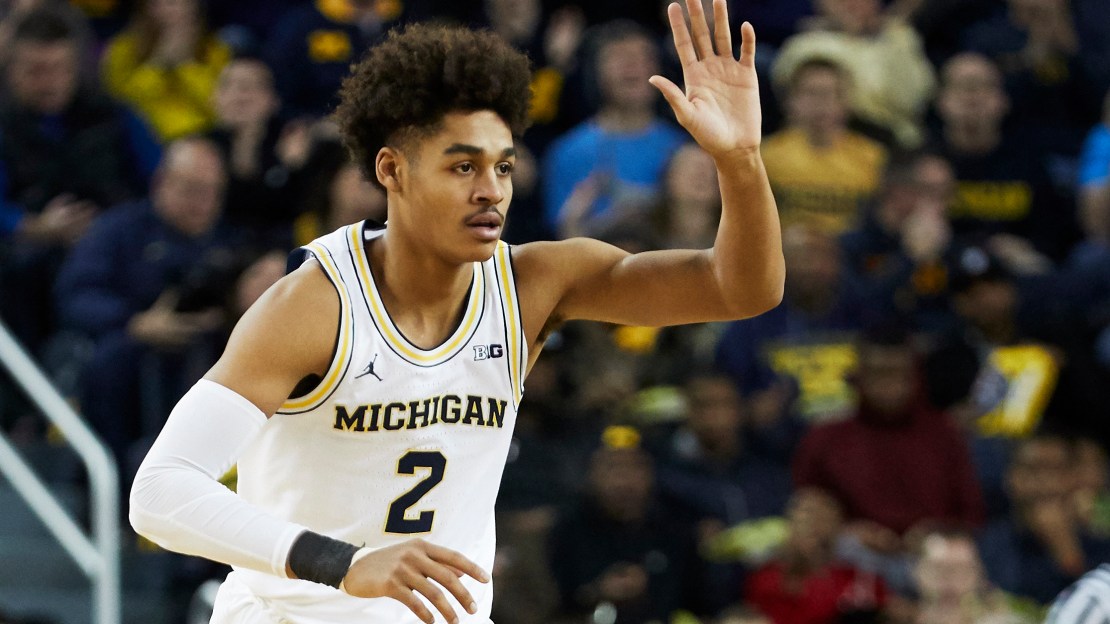 The action is heating up as the Big Ten wades deeper into conference action. This week figures to go a long way in shaping the league race. The loss by Michigan State at Ohio State on Sunday offers hope to schools that the Big Ten race may not be a one- or two-team race.

Here is a look at the week ahead in the conference.

Game of the week: Michigan at Michigan State, Saturday. Doesn't get much better than this. The Spartans are smarting, seeing a 14-game winning streak end in a stunning loss at unranked Ohio State on Sunday. No doubt, that defeat will narrow and sharpen the focus of the Spartans. The Wolverines have been a surprise team, winners of seven in a row as the week dawns. Michigan is sneaky good with nice offensive skill.

Don't overlook this game: Purdue at Michigan, Tuesday. The Boilermakers are one of the hottest teams in the nation, having not lost since late November behind a dynamic lineup led by Vincent Edwards, Carsen Edwards and Isaac Haas. Add it all up, and this veteran team could make a Final Four run. Great teams win tough road games. Is Purdue up to this task? It won at Marquette earlier this season. The Wolverines are gaining steam, especially with big man Mo Wagner and his gimpy ankle getting better. Charles Matthews, Duncan Robinson, Muhammad-Ali Abdur-Rahkman join Wagner in making this a team to watch.

Must win: Ohio State vs. Maryland, Thursday. The Buckeyes need to take down visiting Maryland if they want to remain in the Big Ten chase. Chris Holtmann's crew is the biggest surprise team in the Big Ten. And Keita Bates-Diop is the biggest surprise player. Let's go ahead and say it: Holtmann and Bates-Diop are the early leaders for Big Ten coach and player of the year, respectively. The Buckeyes need to keep the mojo humming after clipping visiting Michigan State on Sunday. This is a shorthanded Terrapins squad that appears to be in a bit of transition.

Best individual matchup: Michigan's Moritz Wagner vs. Michigan State's Miles Bridges, Saturday. Nice. Wagner averages 14.1 points and 7.2 rebounds. Bridges is sensational, averaging 16.9 points, 7.7 rebounds and 3.1 assists. These are two of the Big Ten's best players who can take over a game. Whoever wins this battle likely will lead their team to a big victory.

Upset alert: Purdue at Minnesota, Saturday. Yes, the Golden Gophers are dealing with the adversity of seeing star big man Reggie Lynch suspended for alleged sexual assault and Amir Coffey out with a shoulder injury. Plus, Minnesota lost at home to Indiana over the weekend. Still, the Barn is a tough place to play. And the Gophers no doubt will play with a sense of urgency, knowing a win vs. highly-ranked Purdue would provide a spark and get what looked like a promising season back on track.

Big week: Michigan. John Beilein has a team that is coming on. And it could make a big statement this week with a visit from Purdue on Tuesday and a trip to Michigan State on Saturday. The Boilermakers are on a roll, winners of 11 in a row and sitting atop the Big Ten standings (with Ohio State) at 4-0 in the league and 15-2 overall. The Spartans are a fierce rival and still probably are the team to beat in the Big Ten.