An Iowa project is putting weather on the map: BTN LiveBIG 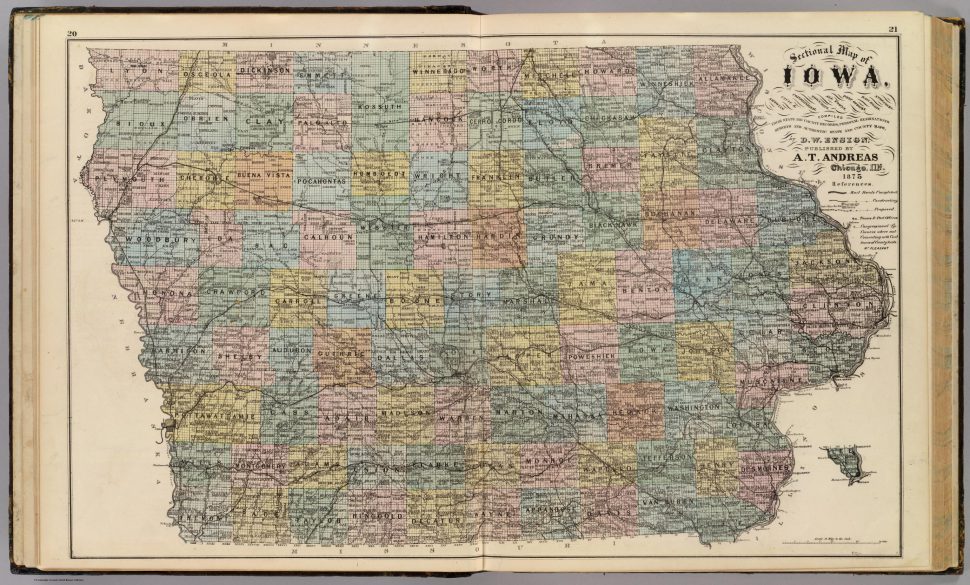 History is studded with, and frequently measured by, major and devastating weather events. They can wreak havoc on communities and bring them together. People with a shared age and geographical background can reminisce about what they were doing when the rain came or when it went away.

To preserve this unique history, a multi-disciplinary team from the University of Iowa are working to build The Peoples' Weather Map of Iowa, a first-of-its-kind platform that takes visitors across the state and back in time, documenting through newspaper clippings, governmental records and anecdotes the severe weather the state has seen.

According to the PWM website, the team ?has included faculty, graduate students, and undergraduate students from the arts, humanities, and sciences; and public partners who are weather enthusiasts, citizen scientists, local museum archivists, and recorders of weather stories.?

Those stories include that of the legendary Kate Shelley, who, during a flood in 1881, crawled on her hands and knees across a Des Moines River train bridge to warn an oncoming passenger train of the failure of another bridge further down the line. She was lauded from coast-to-coast, with the railroad awarding her $100 - a princely sum at the time - and a half a barrel of flour.

Also of note is something that would seem to most of us quite quaint: the weather diary of Kate Dietrich of Black Hawk County, who recorded the daily weather conditions from 1945 to 1958. This harkens back to a practice, encouraged at the time by the Smithsonian Institute and the fledgling Iowa Weather service, who, in the latter half of the 19th century, depended on citizens sending in their local weather conditions to build accurate weather maps and begin forecasting events.

For recent University of Iowa grad Emily Miller-Shindelar, the PWM?s historical perspective is especially germane in modern times as we face increasingly intense weather. In a profile on the university?s website, she notes how important it is to view our current situation in a broader context.

She says the project gave her a feel for all the foul weather-from floods to tornadoes-that has befallen the state for nearly 170 years. But she says it also provided a lesson: Extreme weather events are on the rise, and a changing climate is a big reason why.

?We?re putting it all in context,? Miller-Shindelar says. ?A lot of people say severe weather has happened for centuries. Yeah, that?s true. But we?ve got to put it in context and see that the frequency of these events has increased.?

The PWM is still building their database, and encourages the public to get involved by sharing their own recollections, historical documents and other items pertaining to Iowa weather. The project is funded by the Iowa Center for Research by Undergraduates, Iowa EPSCOR, Humanities Iowa, and The Center for Global and Regional Environmental Research.