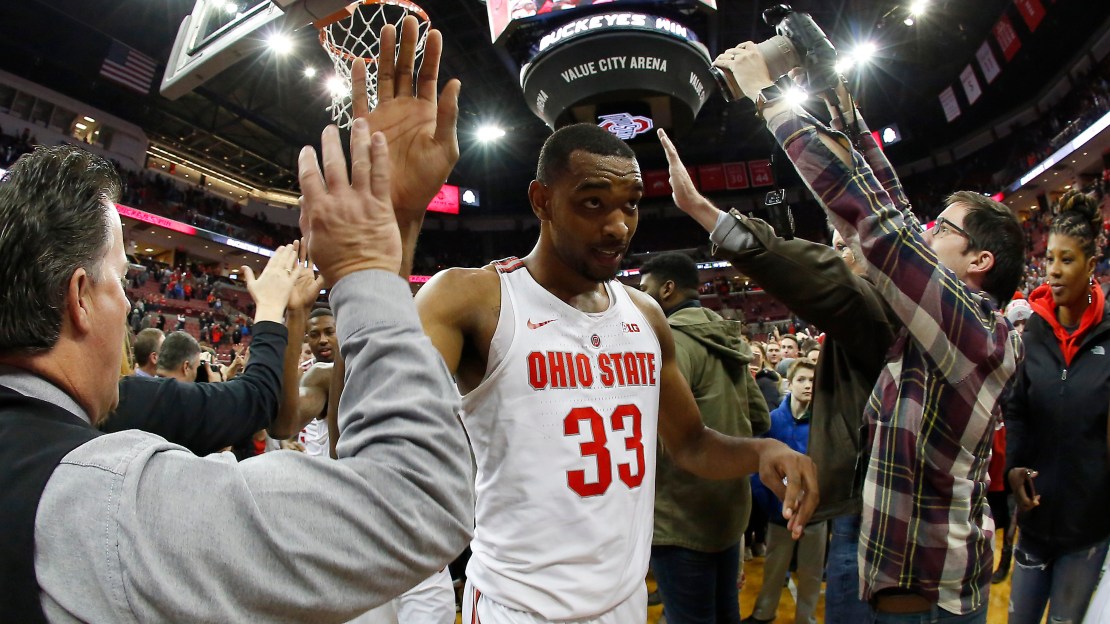 The overachieving Buckeyes put together an electrifying 12-0 run to finish the first half and kept their foot on the gas to give first-year coach Chris Holtmann a signature win.

The Spartans, who came in leading the nation with a 53.3 field-goal percentage, shot just 39 percent for the game and committed a dozen turnovers. Joshua Langford and Miles Bridges each scored 17 points.

Bates-Diop hit 12 of 21 attempts from the floor, including 2 of 4 from the 3-point line. His previous career high was 27 points against Iowa three days ago.

With the exception of Bates-Diop, neither team shot particularly well in the first half.

Kam Williams opened up the second half with a slam, and the Buckeyes never trailed again. Michigan State pulled to within 14 points with 6:25 left but couldn't get closer.

Fans streamed onto the court afterward to celebrate the win with players.

Michigan State: The discombobulated Spartans let the game slip away at the end of the first half and couldn't adjust in the second.

Ohio State: The Buckeyes made the most of their momentum and played solid defense to shock the nation's top team.