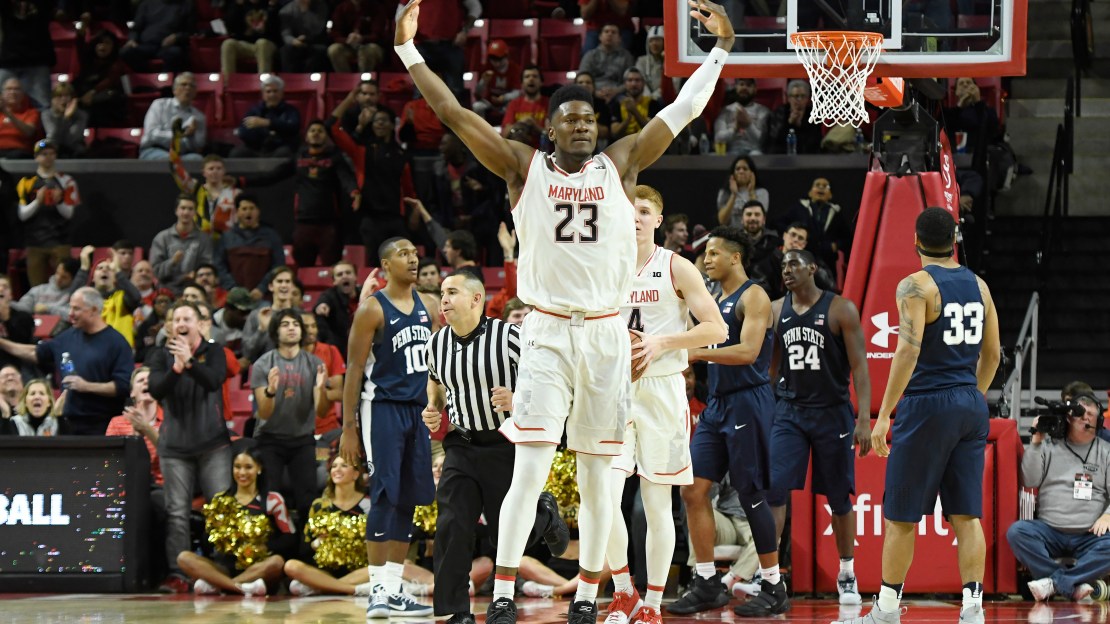 Rebounding from a 30-point loss to No. 1 Michigan State just three days earlier, the Terrapins (14-4, 3-2) used a second-half surge to secure their eighth win in nine games.

The Hawkeyes (9-9, 0-5) hung in there without McCaffery, but faded in the latter stage of their third game in six days.

Isaiah Moss led Iowa with a career-high 25 points and Bohannon had 17.

After Bohannon hit a 3-pointer to put Iowa up 64-61, a dunk by Fernando sparked a 19-2 run that put the Terrapins ahead for good. Cowan contributed seven points to the spree and Darryl Morsell chipped in with three baskets.

In the closing minutes, the 6-foot-10 Fernando punctuated the victory with a one-handed jam off an alley-oop pass from Cowan, then added a free throw.

Six players scored in double figures for the Terrapins. Morsell had 14 points, Michal Cekovsky scored 13 on 5-for-5 shooting, Kevin Huerter had 12 and Dion Wiley added 10 before leaving with an injury.

Maryland overcame an early deficit and outscored Iowa 13-5 at the foul line in taking a 48-44 halftime lead.

All five starters scored in the opening minutes for the Hawkeyes, who bolted in front 17-7.

Maryland hit 10 straight shots from the floor during the first half, and the 48 points were a season high over the opening 20 minutes.

Iowa: Playing its first true road game since Dec. 7, the Hawkeyes kept the game close for 30 minutes. They didn't need a moral victory, however, so that was of little consolation to a young team desperately in search of a Big Ten win.

Maryland: The Terrapins got a feel-good victory following a humbling defeat at Michigan State. Still, it took a while for them to shake off the Hawkeyes, which can't be too comforting for a team that next faces Ohio State and Michigan on the road.

Maryland: On the road Thursday night against the Buckeyes, who stunned Michigan State 80-64 on Sunday.