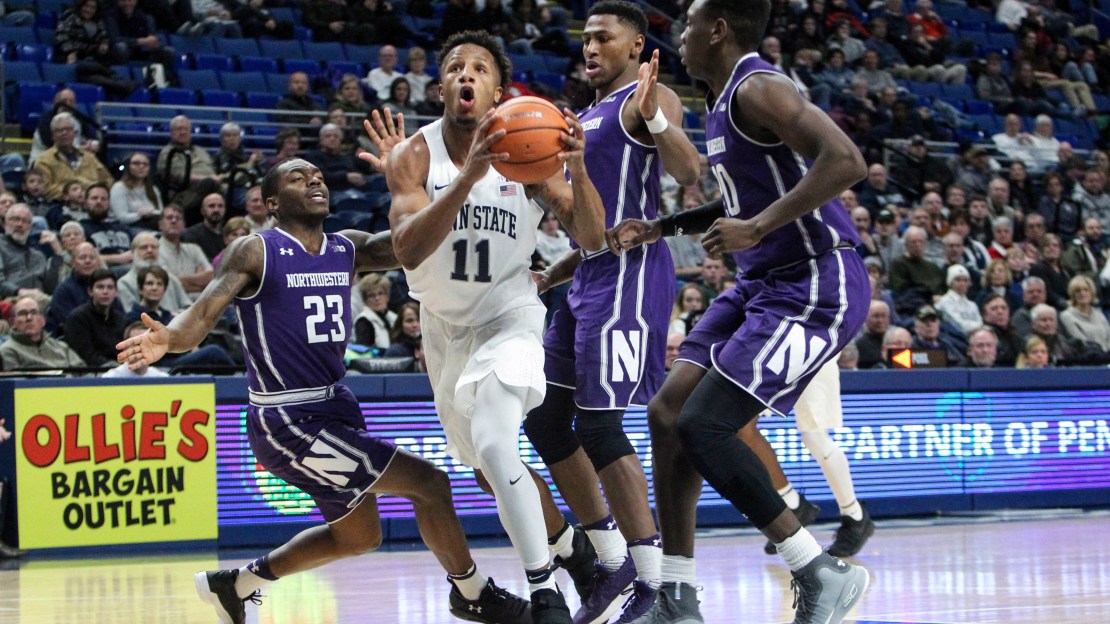 UNIVERSITY PARK, Pa. (AP) Lamar Stevens set a Bryce Jordan Center record with 14 field goals and scored 16 of a career-high 30 points in the first half to lead Penn State over Northwestern 78-63 on Friday.

Mike Watkins notched 18 points and grabbed 17 rebounds for his fifth double-double of the season and Tony Carr added 12 points for the Nittany Lions (12-5, 2-2 Big Ten) who led for all but 1:01.

Bryant McIntosh returned to the Northwestern lineup from a one-game injury absence and led the Wildcats (10-7, 1-3) with 18 points.

Penn State took control with its best shooting half in more than a decade. The Nittany Lions made 71 percent of their field goals on 17-for-24 shooting in the first half and led 41-34 at halftime. Penn State last made at least 70 percent of its shots against VMI in 2006.

They used an 8-0 run that spanned 4:05 midway through the second to keep the game out of reach. In that time, the Wildcats went 0 for 7 from the floor and wouldn't come closer than six points.

Northwestern: The Wildcats have been inconsistent for most of the season, ranking in the bottom half in scoring offense and defense and field-goal percentage. Getting McIntosh back should help.

Penn State: The Nittany Lions lost a game they probably should've won against Maryland and played with chips on their shoulders to start this one.