Dot Commentary: Who is Big Ten basketball's most underrated player? 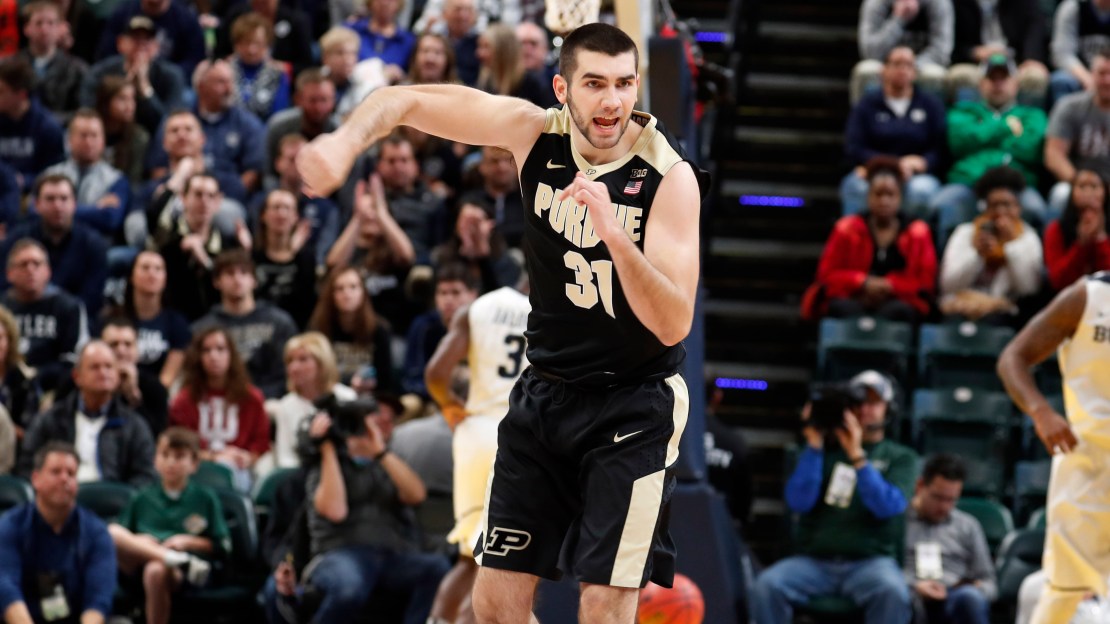 With Big Ten play waking up from its month-long hibernation in this uniquely scheduled conference season, much of the talk around the conference has focused on what has been its two best teams so far: Michigan State and Purdue.

And while the subjects of our latest Dot Commentary debate topic do indeed play on those two teams, they're players that don't nearly get talked about enough at a national level. And BTN.com's Tom Dienhart and Alex Roux used them as answers because this week's question is as follows:

Who is Big Ten basketball's most underrated player so far?

There is Miles Bridges, Ethan Happ, Nate Mason and Mo Wagner. And don't forget about Tony Carr, Keita Bates-Diop and Tyler Cook. All are mentioned when discussions turn to the best players in the Big Ten. But what about Purdue's Dakota Mathias?

The 6-4 senior deserves to be mentioned among the conference's best players … but rarely is, making him one of the most underrated players in the conference. Heck, he often isn't even considered the best player on his own team. That honor goes to Carsen Edwards or Vince Edwards. Even Isaac Haas, at times. But few players impact a game on as many levels as Mathias. He can shoot, score, pass and defend. And his effort is never a question.

Mathias averages 13.4 points, 3.9 rebounds and 4.8 assists. Few are better from long-range, as Mathias averages 2.6 3-pointers per game and hits 45 percent from beyond the arc. Want more? He is No. 6 in the Big Ten in assist/turnover ratio.

Bottom line: It's time for the Midwestern Cowboy to get the accolades he deserves.

When you're in the same recruiting class as Miles Bridges, it's easy to get some headlines stolen regardless of how well you play. But Nick Ward is doing everything he can to avoid being overshadowed.

The 6-8 sophomore big man has followed a phenomenal freshman season (13.9 ppg, 6.5 rpg) with eye-popping numbers as an anchor in No. 1 Michigan State's post. His 15.4 points and 7.4 rebounds per game this season are made even more impressive by the fact that the Spartans are deeper in the paint than they were last season with the addition of Jaren Jackson and return of Gavin Schilling. And did I mention Ward nearly never misses?

His 72.1% clip from 2-point range is good for the No. 20 mark out of every single player in the entire country, and he's made a preposterous 38 of his last 42 shots. Some of Ward's hidden stats are even more impressive–advanced metrics show he has more success than anyone in the nation with a couple of gritty big man duties. His offensive rebounding percentage (a stat which tracks the share of rebounds a player is retrieving) is at 19.9%, which leads the entire country. And his 9.1 fouls drawn per 40 minutes of play is third in the nation, which shows how he imposes his will in the post.

BTN analyst Stephen Bardo said Thursday following Michigan State's 91-61 destruction of Maryland that Ward works harder than anyone in the Big Ten when he's on the floor. His efforts are clearly paying off, and he deserves more praise like the shine Bardo bestowed.