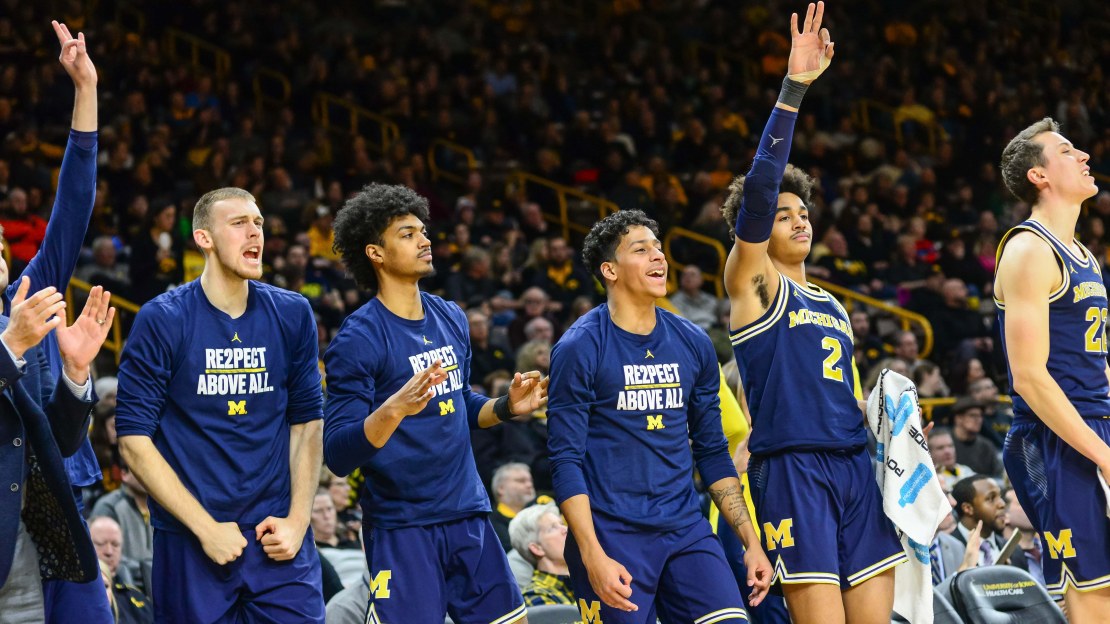 What was supposed to be a close game never really was – not after the blistering start that Michigan got off to.

The Wolverines made eight of their first 11 3s, and an early 19-4 run helped put it ahead by as much as 18 late in the first half.

Iowa (9-7, 0-3) briefly closed to within seven early in the second half. But it kept leaving Michigan open for easy 3s, including one from Abdur-Rahkman that made it 69-54 with 6:49 left.

Tyler Cook had 28 for the Hawkeyes. They went 15 of 37 from the floor on shots not taken by Cook, but went on a late 9-0 run that made the score seem closer than the game actually was.

Michigan: Getting 37 points from the bench was an encouraging sign for a team that leans as much on its starters as Michigan does. It was also a milestone night for coach John Beilein. He now has 100 Big Ten wins, and he's 20 shy of tying Johnny Orr for the school record.

Iowa: The strides the Hawkeyes made during their recent five-game winning streak? They were nowhere to be found. Iowa's defense was abysmal in the opening half, turnovers (13 on Tuesday) continue to be a huge problem and there weren't any consistent scoring options beyond Cook.

Iowa will face Ohio State in Iowa City on Thursday.