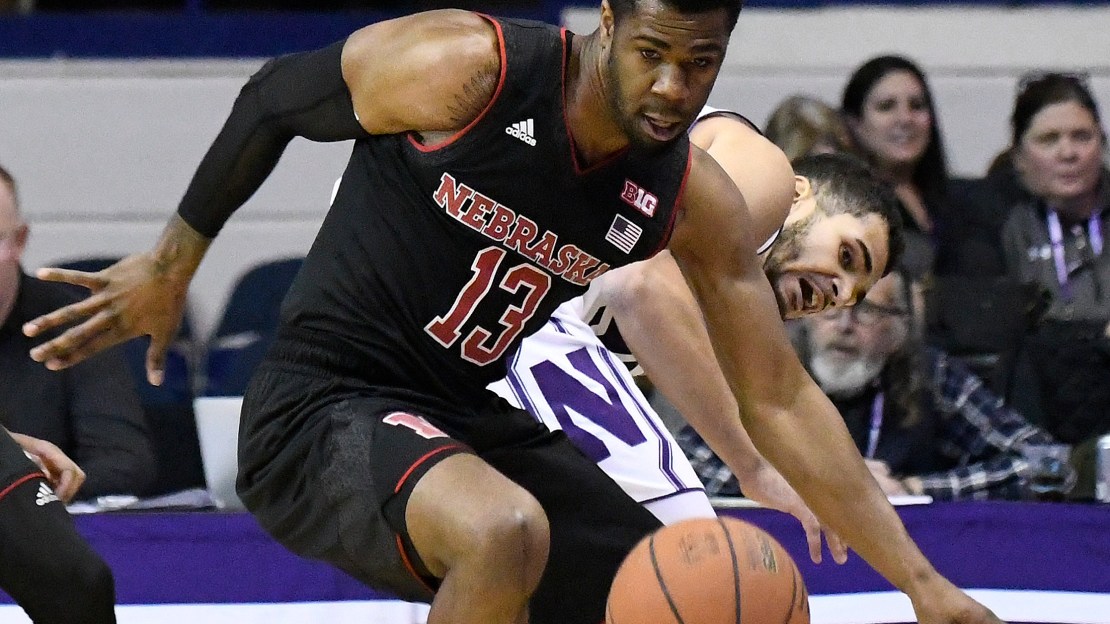 (AP) Glynn Watson Jr. knew he needed to step up after two quiet games and give Nebraska a lift.

Watson scored 19 points and Nebraska took control down the stretch to beat Northwestern 70-55 on Tuesday night.

Held to a total of three points over the previous two games against UT San Antonio and Delaware State, he sure was locked in for this one. Watson also had six rebounds and six assists.

James Palmer Jr. added 18 points, 15 in the second half, and Isaac Copeland scored 13.

It didn't help that star guard Bryant McIntosh watched from the sideline after exiting Saturday's win over Brown with a left knee injury. He is day to day after an MRI showed no major structural damage.

"If you take our main creator out, we become a team that has to really score off our offense," coach Chris Collins said. "Because that's not a strength of what a lot of our guys do. They're good players, but when you have a guy like Bryant, he can break you down (off the dribble) he can play in pick-and-roll and obviously that's a big element of what we do. But you have to play with what you have. I'm not making excuses. That's part of the game."

Nebraska coach Tim Miles acknowledged McIntosh's absence allowed his team to take some more chances on defense, to be more disruptive. And they certainly were able to fluster the Wildcats. Then again, Northwestern also missed its share of open shots, particularly on the perimeter.

Despite all that, the Wildcats led by seven early in the second half. Nebraska then took control and ended a four-game losing streak to Northwestern.

Nebraska: The Cornhuskers are starting to build some momentum after back-to-back losses to Creighton and Kansas.

Northwestern: The Wildcats continue to struggle to find consistency coming off their first NCAA tournament appearance.

Anton Gill made a 4-point play with just under eight minutes left, and Collins said, "They got a lot of energy from that."

"We've got more guys that can make plays," Miles said. "You have to credit them, though. It was a struggle. Defensively, Northwestern was excellent. There (were) no good looks early for each team. We just kept hanging in there and hanging there."

Nebraska blocked 15 shots against Coppin State on Dec. 6, 1996. … Copeland and Duby Okeke each had three blocks in this game.

Nebraska: The Cornhuskers visit No. 13 Purdue on Saturday.