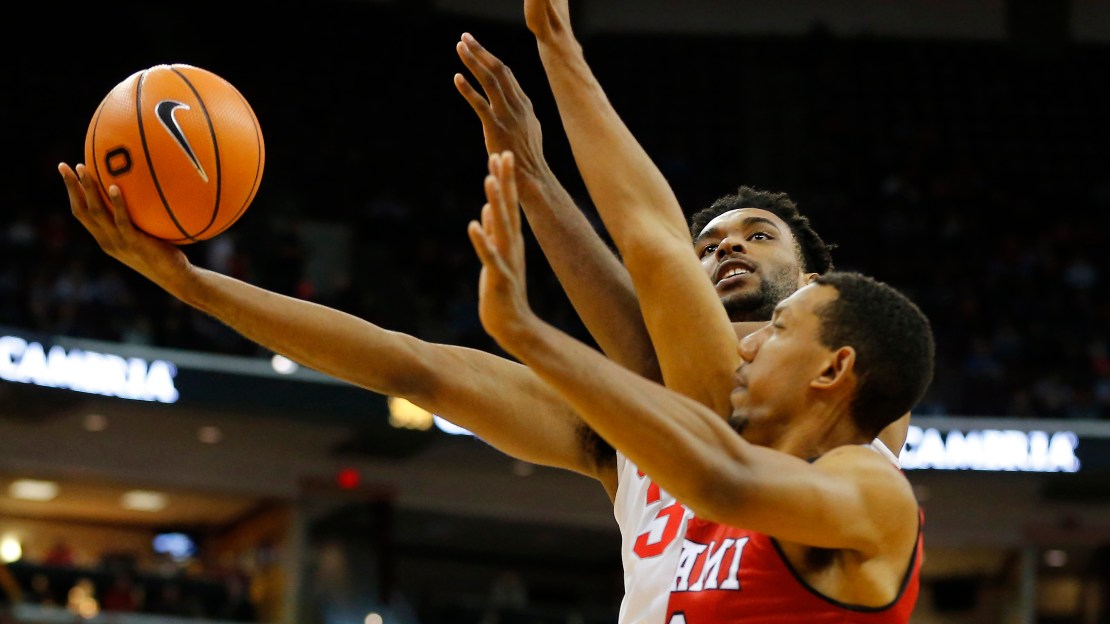 The dust has settled on football season. And that means the action on the basketball court is about to heat up with full-bore conference action.

Here?s a look at the week ahead.

Game of the week: Michigan State at Ohio State, Sunday. The Spartans haven?t lost since falling to Duke in the second game of the season. No doubt, Tom Izzo?s crew looks like the best in the Big Ten and is a freshly minted No. 1 team in the nation. But now, the Big Ten grind kicks in. And this trip to Columbus could be a toughie. It?s never easy to win on the road. And the Buckeyes have been a bit of surprise behind Kam Williams, Keita Bates-Diop and Jae?Sean Tate.

Don?t overlook this game: Penn State at Maryland, Tuesday. The Terps receive a blow last week when it was announced Justin Jackson would miss the rest of the season with a shoulder injury. And Ivan Bender also has been lost for the year. But Maryland still has talent in the likes of Kevin Huerter and Anthony Cowan, among others. And the Terps need to protect their home court vs. a Penn State squad that has something to prove.

Must win: Michigan at Iowa, Tuesday. The Hawkeyes need to defend their home turf when Michigan comes to Carver-Hawkeye Arena. The Hawkeyes have had some tough sledding thus far in 2017-18, getting off to an 0-2 start in the Big Ten. If this team harbors NCAA tourney hopes, it needs to protect its home court and start notching some quality home wins vs. conference opponents.

Upset alert: Illinois at Michigan, Saturday. The Fighting Illini are an improved club under Brad Underwood, especially on the defensive end. Illinois has had some tough, close losses, but it showed what it?s capable of when it took down Missouri in the ?Braggin? Rights? game in December with Trent Frazier and Leron Black playing well. This is the kind of game that could spark a run for Illinois.

Big week: Indiana. The Hoosiers have been a bit of a conundrum this season under new coach Arch Miller, beating Notre Dame and playing Duke tough but also losing at home to Indiana State and Fort Wayne. This week, IU has two road games: at Wisconsin and at Minnesota. The Hoosiers need some positive mojo as winter sets in and Big Ten action heats up.

Saturday
Illinois at Michigan
Nebraska at Purdue
Indiana at Minnesota