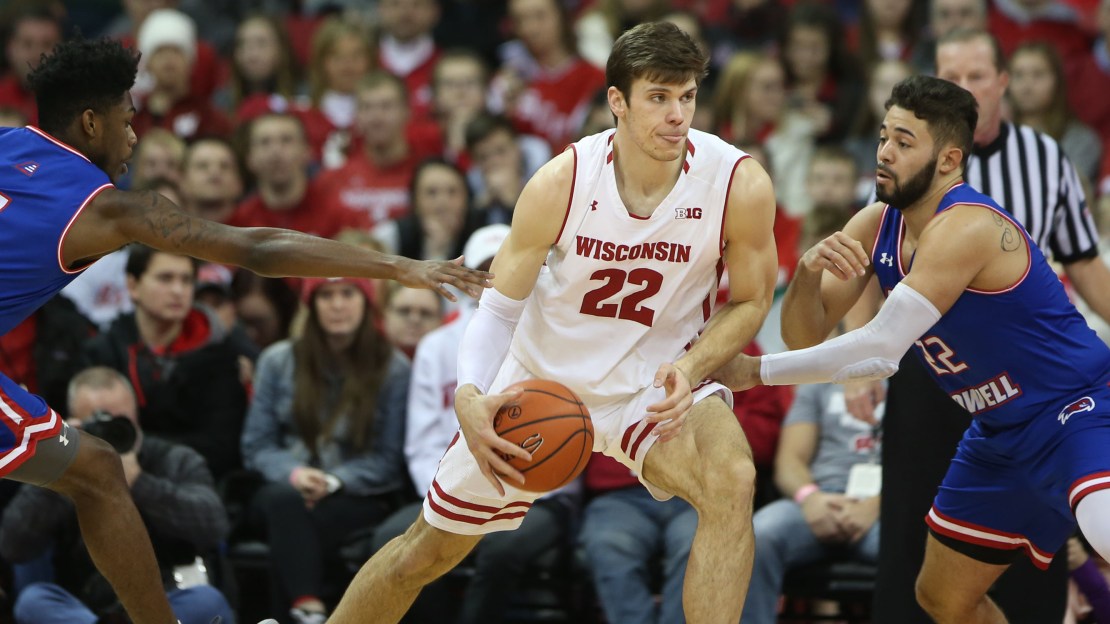 Saturday's win was a step in the right direction on that front as the Badgers cruised to an 82-53 win over UMass Lowell.

The win comes three days after Gard expressed frustration with a drop off on the defensive end during the second half of an 82-70 win over Chicago State.

"You're always taking it one step at a time, one day at a time and trying to retain what you've achieved and continue to inch forward and improve," Gard said.

UMass Lowell (6-7) simply didn't have the size to stop Ethan Happ, who scored 18 points in 20 minutes, and Brevin Pritzl heating up from the outside with 18 points as well, upending the River Hawks' game plan.

The River Hawks only listed one starter taller than 6 feet, 4 inches, and the 6-10 Happ had 11 points just more than halfway through the first half.

Pritzl, meanwhile, had been hitting 33 percent of his 3-point attempts coming in. But he was 4 of 6 from behind the 3-point line, showing flashes of the shooting touch his Wisconsin (8-7) teammates often say they see in practice. He also was aggressive driving to the hoop, and a late 3 helped eclipse his previous career high of 17, which he set a little more than two weeks ago.

UMass Lowell coach Pat Duqette said the plan was to double down on the Badgers' post players because of their size advantage. But the Badgers were 5 of 8 from the 3-point line in the first half, negating that approach. Duquette said the River Hawks got better at closing out on shooters in the second half, but by then they were already down more than 20 points.

Wisconsin finished 8 of 15 (53 percent) from behind the 3-point line after coming in averaging less than 35 percent on 3-point attempts.

"We were just outmatched, outsized against a good team that shot well and shared the ball on their home floor," Duqette said.

That Wisconsin was so successful on offense wasn't much of a shock. UMass Lowell came in giving up an average of 77.6 points a game, ranking the River Hawks 292nd out of 351 Division I teams.

The Badgers defense, though, has been a work in progress. But Wisconsin held the River Hawks to nearly 27 points below their season average coming in.

UMass Lowell: The River Hawks, who completed the transition to Division I from Division II this season and are eligible for postseason play for the first time, simply didn't have the firepower to hang with Wisconsin. Thing should be much easier in the America East Conference, where UMass Lowell was picked in the middle of the pack.

Wisconsin: After Wednesday's win over Chicago State, the Badgers expressed frustration with their defensive effort in giving up 70 points to a team ranked 313th in Division I scoring offense. In their final tune-up before Big Ten play begins, the Badgers looked much sharper on the defensive end.