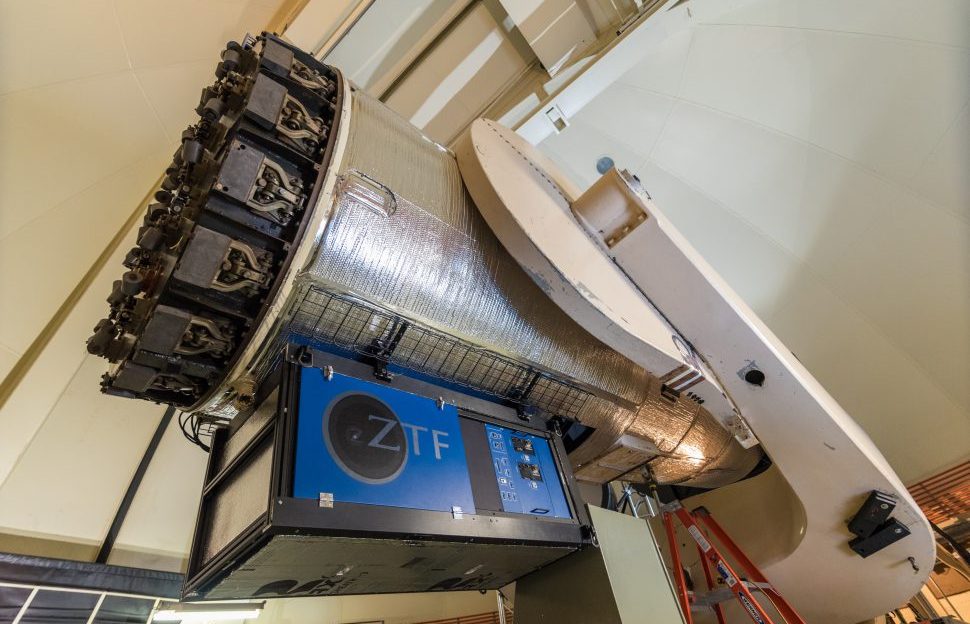 When it comes to studying the galaxy, the University of Maryland has decided that bigger - and faster - is better.

Since 2009, the University of Maryland?s physics and astronomy departments have partnered with NASA?s Goddard Space Flight Center in Greenbelt, Maryland, on a research project studying and surveying the sky.

The project began with the Palomar Transient Factory (PTF), which could study transient objects in the sky by taking detailed photos of changes in the galaxy.

The next evolution of the project began in November of 2017 with the unveiling of the Zwicky Transient Facility (ZTF), which will allow astronomers and researchers to see even more and create a greater understanding of the sky above us. Located at the Palomar Observatory in Southern California, ZTF can take images of the sky using a robotic camera, giving researchers visuals of thousands of stars in a single picture.

While PTF did tremendous work, the upgrades that ZTF provides will allow the project to make great strides in the research. With an even faster survey speed than its predecessor, ZTF can capture large amounts of the sky in a short amount of time. The facility is equipped with a wide field of view (47 square degrees) and a fast read-out time (10 seconds), allowing researchers to survey 3,800 square degrees per hour.

This increase in capacity means ZTF can take in seven times more of the sky in a single shot than PTF could, imaging the entire visible sky every three nights, something that just couldn?t be done with the PTF.

Suvi Gezari, an assistant professor of astronomy at the University of Maryland who researches time-domain astronomy, said that ZTF will be a transformative survey for studying the variable and transient night sky.

?Our group at University of Maryland is focusing on using ZTF to catch supermassive black holes in the centers of galaxies in the act of feeding on stars and gas,? said Gezari. ?ZTF will also be a powerful survey for catching supernovae within hours of explosion, searching for electromagnetic counterparts to gravitational waves from binary neutron star mergers, and studying variable stars in our own galaxy.?

Over the next three years - starting in February 2018 - ZTF will be the centerpiece for a full sky survey being done by the university and NASA. During that time, the facility will operate in both a wide and fast modes, to track the various transients throughout the galaxy.

University researchers will work closely with NASA scientists to make sense of the images and look for changes or patterns throughout the galaxy. Moving forward, experts believe that ZTF will be able to generate photos of supernovae, asteroids, comets and other goings on throughout the sky, as well as locating black holes.

As part of their collaboration, students and faculty at the University of Maryland will have access and full data rights to the ZTF survey, which will lead to more research and projects moving forward. The university will have a major say in the survey design and the follow-up observation strategy, meaning Gezari and her peers will be able to study how black holes changes and evolve over an even longer period of time.

?I was so excited to see this much anticipated project become a reality, and got even more excited for the start of full survey operations, and the deluge of transient discoveries to come,? Gezari said of the robotic camera?s potential. ?ZTF is going to be providing a real-time stream of transient alerts that will facilitate many exciting discoveries.?