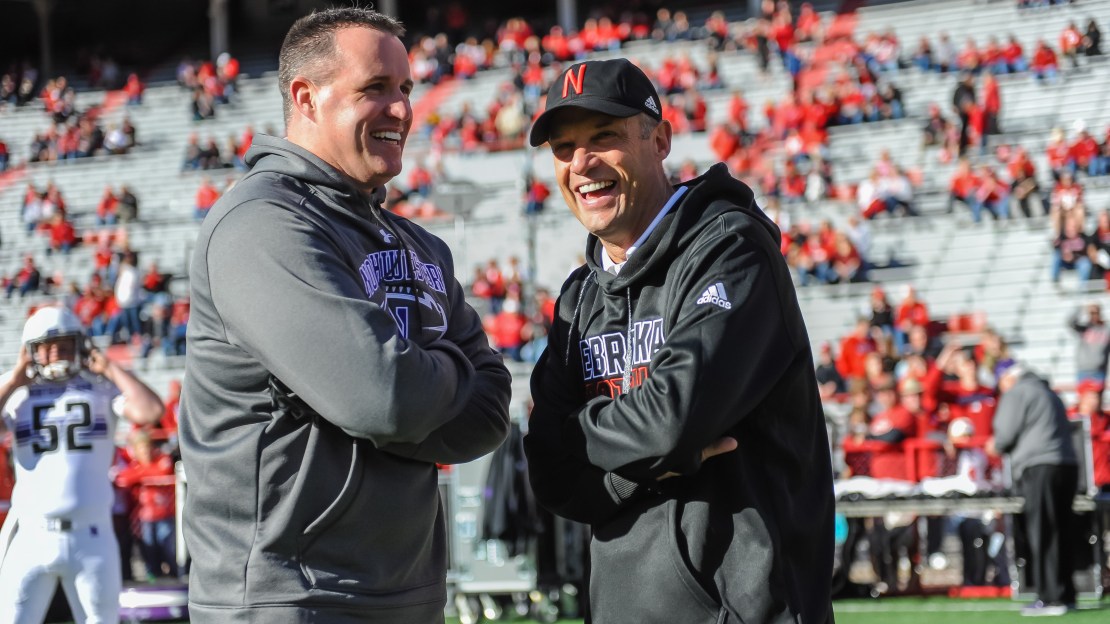 While No. 21 Northwestern comes into Friday's Music City Bowl on a roll, having won seven straight games, Kentucky is limping into the game.

The SEC's Wildcats are definitely 180 degrees removed from the Big Ten's Wildcats in terms of last-season momentum. Kentucky (7-5) ended the regular season with four losses in six games, including 42-13 and 44-17 routs at the hands of College Football Playoff semifinalist Georgia and Louisville, respectively.

"That bad taste in our mouth from that last game hasn't gone away," Kentucky quarterback Stephen Johnson said. "A lot of us are really trying to go out and get this win. Last year, we were really excited because we beat Louisville, our rival, and now we have that bad taste in our mouth and we are eager and anxious to go out and win that last game."

Kentucky's eagerness will be met by Northwestern's late-season surge, one that took it from a losing record to a 9-3 season. Relying on a power running game and a solid defense, Northwestern finished second in the Big 10 West to Wisconsin, allowing only 20 points in its last three games.

Coach Pat Fitzgerald said his team didn't listen to the nay-sayers after their slow start.

"We didn't have the results right away and we were disappointed about that," he said. "They went to work and the response we have had over the past few months is a direct reflection of the way we have prepared."

Northwestern is led offensively by tailback Justin Jackson and quarterback Clayton Thorson. Jackson topped the 1,000-yard mark for the fourth straight year, making him only the second player in Big 10 history to accomplish that. Jackson finished with 1,154 yards for the season and brings 5,283 career yards to his final game.

Thorson completed nearly 61 percent of his passes for 2,809 yards with 15 touchdowns and 12 interceptions, offering a competent complement to Jackson's punishing runs. Northwestern doesn't have a go-to receiver per se, but does have five players between 32 and 47 receptions. Defenses can't zero in on anyone.

Fitzgerald said his team's offensive line has improved dramatically over the season's second half, evidenced by how they finished the regular season.

"To see the way that group imposed their will over the past two weeks," he said after a 42-7 victory at Illinois Nov. 25, "for us to run for over 300 yards against a team that had every gap full, it means that we won a bunch of one-on-one battles."

Meanwhile, Northwestern's defense has ceded few battles in the season's homestretch. The only touchdown it allowed over the season's final two games was a game-opening drive at Illinois. Otherwise, it ended possessions primarily with an opponent's punt, if not with a stop on downs or a turnover.

Led by linebacker Paddy Fisher and his 110 tackles, including eight for loss, Northwestern allows 111.3 yards per game on the ground. It also gets after the passer, finishing the year with 30 sacks, including eight from Joe Gaziano.

Kentucky should offer Northwestern's defense its stiffest test in several weeks, though. Benny Snell rolled up 1,318 yards and 18 touchdowns on the ground, averaging nearly 110 yards per game while playing against SEC defenses.

Johnson displayed the ability to hurt defenses that keyed on Snell, hitting almost 61 percent of his passes for 2,048 yards and 10 touchdowns against only four interceptions. Garrett Johnson has been his top target with 46 catches for 500 yards.

Defensively, Kentucky was led by safety Mike Edwards, who finished with 90 tackles and four interceptions. Linebacker Josh Allen and defensive end Denzil Ware combined for 13 1/2 sacks, giving Kentucky avenues to get after the quarterback in passing situations.

But the Kentucky defense has been shredded of late. It allowed an average of 35.8 points per game in the season's second half, giving up 40 or more three times.

"We definitely need to go out and just play our best football," linebacker Courtney Love said. "During our preparation, we need to do as much as we can to get on these guys and be really prepared and focused to play the game we know how to play."

This will be Kentucky's fifth appearance in the bowl's 20-year history. It is 2-2 in the game, beating Clemson and Florida State in 2006 and 2007 in front of near-capacity crowds as its fans made the short trip south in droves.