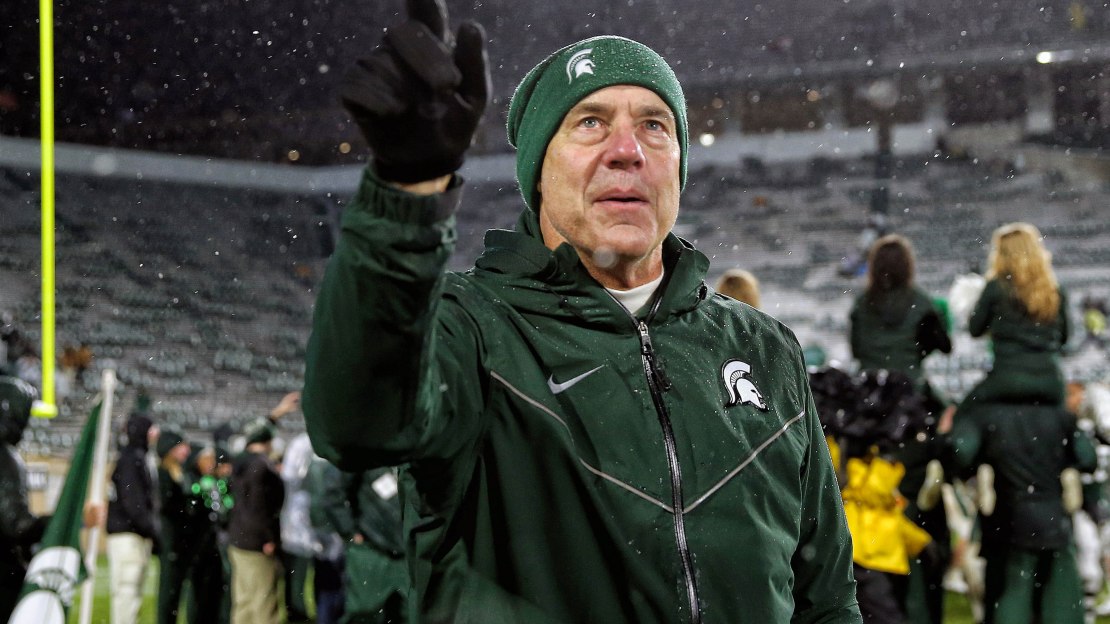 (AP) A stark contrast in styles defines the matchup in the Holiday Bowl, pitting No. 21 Washington State against No. 18 Michigan State Thursday at SDCCU Stadium.

For the Pac-12 Conference representative Cougars (9-3), this marks a redo of sorts from a year ago. Washington State brought its prolific passing attack and up-tempo style of play into the 2016 edition of the Holiday Bowl, squaring off against a defense-oriented Big Ten Conference foe, Minnesota.

Defense carried the end result, with the Golden Gophers clawing out a 17-12 win, holding the Cougars to 303 yards of offense. Washington State averages 446.4 yards per game this season, for comparison's sake.

"The best thing about our team this year is we're a pretty complete team," he said. "We had contributions pretty consistently throughout the season on all three sides of the ball: special teams, offense and defense."

The end result, Leach said, is "hopefully (a) higher scoring" game this time around. That could prove difficult against Michigan State.

In his time at Michigan State, coach Mark Dantonio's teams have thrived with a physically imposing style of football; one that relies on dictating tempo from the line of scrimmage, particularly on defense.

The Spartans (9-3) rank No. 9 nationally in yards allowed per game (297.8) and No. 24 in points allowed per game (20.3). Michigan State held seven opponents to 14 points or fewer in the regular season, while Washington put up 30 or more eight times.

Nevertheless, Dantonio said he sees similarities in the teams based on results.

"How do I see it playing out? Who knows? I don't know," Dantonio said. "We sort of had the same types of scenarios. We've outscored some people and had some other games that have been a little bit tight. We've gone back and forth as well."

"That's pretty cool," Falk said in his postgame news conference after breaking the record on Nov. 4. "I think it's a team award."

Falk threw to a deep group of receivers throughout his three seasons as Washington State's starting quarterback, and operated behind a stout offensive line, including standout Cody O'Connell. The Cougars also feature a dynamic pass-catching running back in Jamal Morrow.

Michigan State is not so different on the offensive end.

"We've got guys that can make plays everywhere whether it's a receiver, tight end, or running back," said quarterback Brian Lewerke following the regular-season finale win against Rutgers on Nov. 25. "My lone touchdown pass was to a running back today. So, it just shows how versatile everybody is."

Michigan State features four pass catchers with between 20 and 51 receptions on the season, paced by Felton Davis III. He caught 51 passes for 658 yards with eight touchdowns.

Though not as explosive as Washington State, Michigan State did score at least 30 four times in the regular season.

Likewise, the Cougars are not renowned for defense like Michigan State. But in five of its wins, Washington State held opponents to 21 points or fewer.

The defenses should set the tone in either direction. Washington State is coming off just a 14-point performance in the regular-season finale, a Nov. 25 loss to Washington.

Leach said he saw "three Luke Falks" in that game, referring to Falk starting slow, battling to get on track and finishing strong.

"We're going to have to play well in space on defense," Dantonio said. "Always how you affect the quarterback usually affects the football game."

If there is anything set to slow down Washington State beyond a Spartans defense, keyed by defensive end Kenny Willekes and Khari Willis and Chris Frey, it is the loss of top wide receivers Tavares Martin Jr. and Isaiah Johnson-Mack. Both left the team after the regular season. That leaves freshman Renard Bell and junior Kyle Sweet as the Cougars' leading pass catchers.