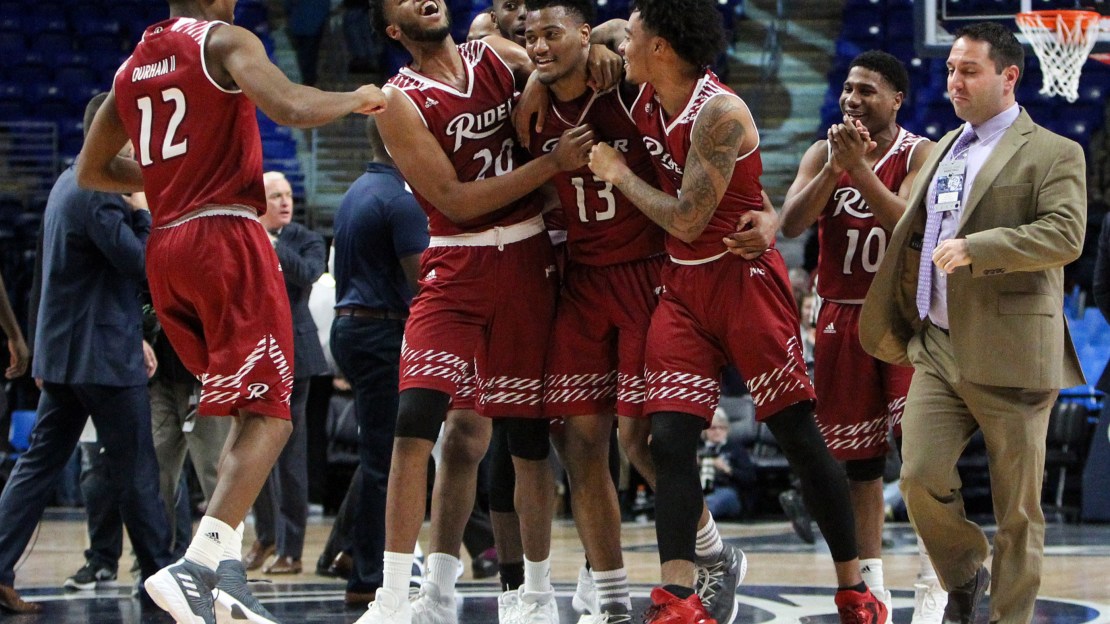 UNIVERSITY PARK, Pa. (AP) Frederick Scott scored 12 of his 14 points in the second half and made a 3-pointer at the buzzer to lift Rider to a 71-70 win over Penn State on Friday.

Josh Reaves scored 10 points, grabbed a career-best 13 rebounds and had eight assists for the Nittany Lions (10-4), who had their three-game winning streak snapped.

Scott scored seven straight points in a 1:57 span to cut Penn State's lead to 65-64 with four minutes to play. He gave Rider a 66-65 lead with a pair of free throws with 1:23 left before Garner hit a 3 that put Penn State up 70-66 with 22 seconds left. Jordan's layup with 14 seconds left pulled Rider within two points and set the stage for Scott's winner.

Rider: Broncs fans will enjoy watching redshirt freshman Jordan Allen develop. The quick-footed guard scored in double figures in each of his first 10 games this season before being held to eight in each of his last two games.

Penn State: The Nittany Lions have one nonconference game left before returning to conference play where they expect to make some noise. Penn State is just 30-80 in Big Ten play since Chambers took over in 2011 but has its most talented lineup since.