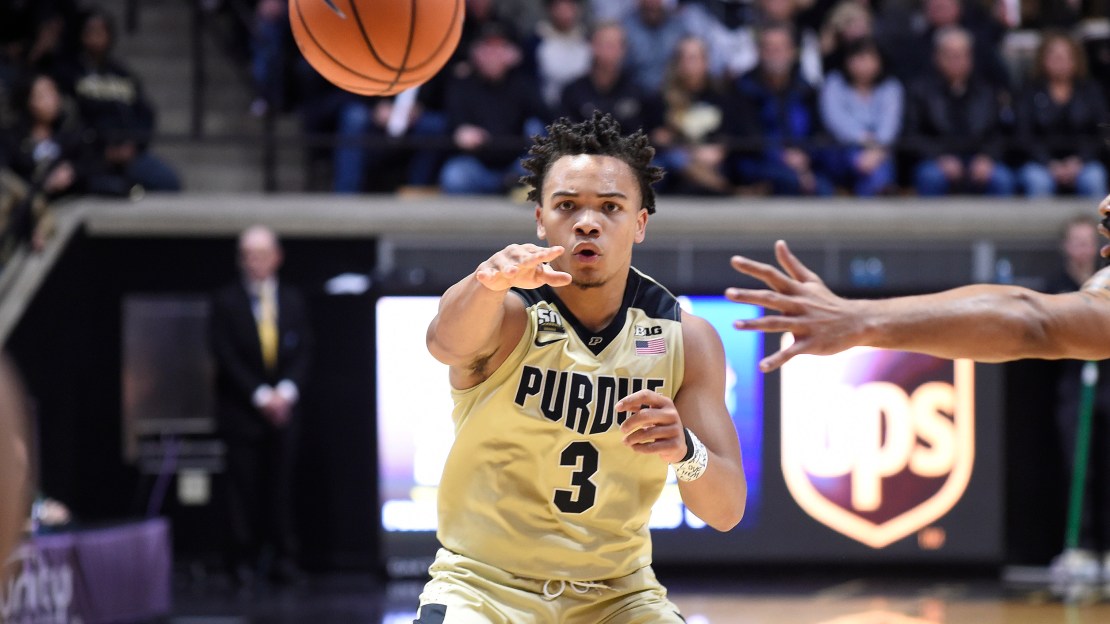 Purdue (12-2) sealed the win when it outscored the Tigers 32-5 during the final 14 minutes of the first half. The Boilermakers were leading 16-11 when they took control of the game, overwhelming Tennessee State with a balanced offensive attack.

Purdue outscored Tennessee State 20-0 in the paint and shot the basketball well from beyond the arc, making 6 of 15 3-point attempts in the first half. The Boilermakers shot 58 percent from beyond the 3-point line for the game (15 of 26).

Purdue led by as many as 34 points during the first half, where Tennessee State shot 25 percent (6 of 24) which included a nearly 7-minute span where the Tigers (5-6) didn't make a field goal.

The Boilermakers continued their rout in the second half, leading by as many as 49 points against a Tigers team that almost won on the road at Texas on Monday.

Purdue finished the game shooting 59 percent (34 of 58) from the field with 25 of those field goals coming by way of an assist. The Boilermakers scored 36 points off 17 Tennessee State turnovers.

Purdue has had no problem scoring this season. Squared off against a mixture of Power 5 and mid-major opponents during their first 13 games, the Boilermakers have made offense look easy. Purdue's lowest point total came in a 66-57 win over Louisville. Even in the Boilermakers' two losses, they still scored 73 and 75 points. With Thursday night's win, Purdue has scored 80 or more points in five of its last six games.