Nebraska pulls away from UTSA in 104-94 shootout 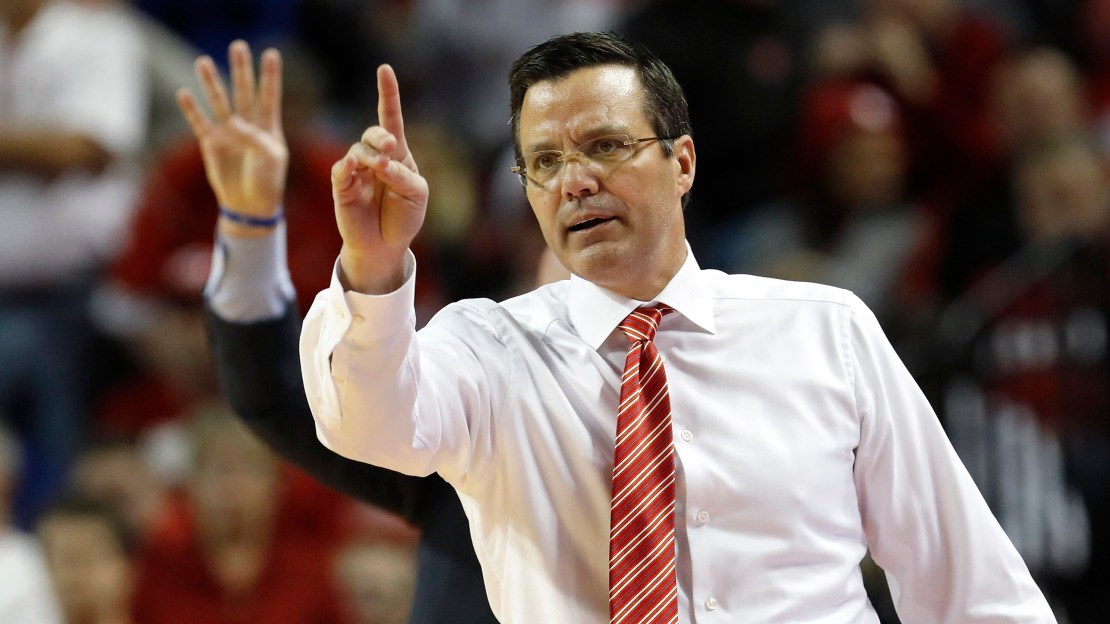 [btn-post-package-v2]
LINCOLN, Neb. — Anton Gill was a game time decision for Nebraska on Wednesday night and the Cornhuskers were thrilled he decided to play.

The fifth-year senior scored a career-high 21 points, including a 3-pointer and three free throws in a late 9-0 run, to help Nebraska beat UT San Antonio 104-94.

"He had a migraine in the pre-game, wasn't even able to go through pregame, kind of a question mark going through warmups," said Nebraska coach Tim Miles. "Finally at game time, he was `I'm going to give it the old try.' You look at 21 points later, that worked out pretty good. We needed him tonight."

Gill didn't mention the migraine after the game. But acknowledged he was sluggish early, trying to shake off the disappointment of a 73-72 loss to No. 13 Kansas Saturday.

"Me, personally, I took that loss pretty hard," he said. "At the same, they (UTSA) are a good team. They came in here thinking they were going to win. We took their best shot; we took their punches. We had some stretches where we didn't play well. But at the end of the day, we got the win."

The Cornhuskers led by as many as 10 points in both halves only to see the Roadrunners come back to tie the score repeatedly in the second half.

UTSA (7-6), which trailed by seven at intermission, hit 10 of its first 12 shots of the second half, knotting the score at 70 on Nick Allen's dunk with 11:27 remaining. Nebraska opened up a five point lead at 81-76 on Isaiah Roby's free throws with 8:06 remaining but saw that advantage eliminated by a Jhivvan Jackson 3-pointer followed by a driving layup.

UTSA tied the score five times in the second half but never took the lead — "I think it proves prayers do work," Miles quipped.

Gill hit a 3 pointer with 4 minutes left, then was fouled shooting a 3 pointer 40 seconds later and sank all three free throws. A James Palmer, Jr. layup and free throw put Nebraska up 95-86 with 1:54 left.

Nebraska's strings of defensive stops, including a pair of blocked shots in the final four minutes, were the key to the game according to UTSA coach Steve Henson.

"I've watched some of their games, they've done that to other people," Henson said. "Boston College was a close game going into the last few minutes they just shut them out down the stretch. Kansas the other night, close ball game, shut them out until the very last shot pretty much. So we knew we had the capability of screeching us to a halt."

The Huskers hit 37-of-50 free throws in the game that saw USTA whistled for 31 fouls. Palmer, who scored a career high 25 points, was 13 for 17 from the line. The Roadrunner were 9 of 10 from the free-throw line. Nebraska was called for 12 fouls.

Nebraska intended to get to the line Wednesday after shooting just 10 free throws in each of the last two games.

"We talked about it yesterday," said Thomas Allen, who hit 3 of 4 free throws. "Just get to the rim. They don't really have a shot blocker, so you just attack the paint. Make layups or get fouled. Tonight, we struggled from the free throw line a little bit. But it will get better.

Jackson led UTSA with 26 points, Deon Lyle scored 15 and Allen had 12 points. Keaton Wallace and Byron Frohnen had 10 points each.

Miles on UTSA's offense: "We kept telling our players this team has similar offensive number as the Michigan States, Creightons, Kansas. They just don't look like it. One of our guys says afterward to coach (Jim) Molinari, `I didn't think they were like that.' Yeah, they are like that."

It was the fourth consecutive game in which Nebraska played a team in the top-30 nationally in scoring offense. Only UTSA, ranked 20th at 86.6 points per game, scored more than 80 against the Huskers.

A UTSA freshman has been named Conference USA Freshman of the Week in four of the season's first six weeks. Wallace has earned the honor three times and Jackson once.

UTSA travels to Rice on Dec. 28 for its Conference USA opener.