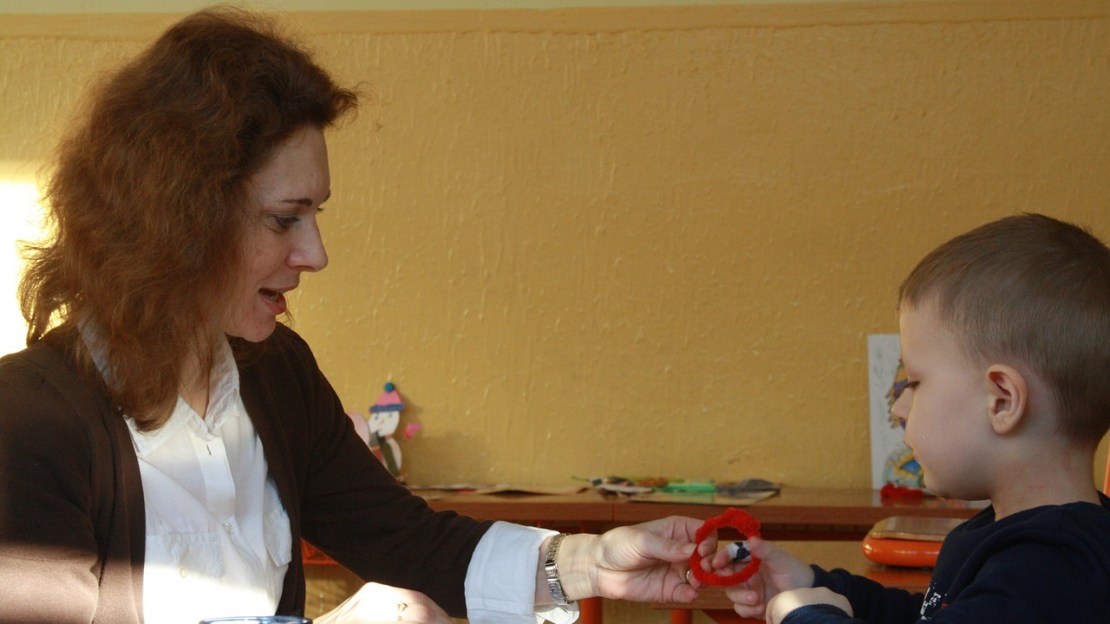 One of the biggest factors in academic success is the belief that you can succeed. Having someone else tell you that you can do it along the way doesn't hurt either.

That's the gist of a recent study headed by Ohio State University professor Roger Goddard, which was published in the Journal of Education for Students Placed at Risk. The study, which involved more than 13,000 students in one Texas school district, shows that students had an overwhelmingly positive response to their teachers' belief in collective efficacy – the idea that a group of people working together have the capability to effect positive change within a community

Plainly put, the students did better when their teachers and principals believed they could do better.

"Holding constant their socioeconomic backgrounds, does the level of collective efficacy make a difference for students? It turned out that it did," Goddard says. "Schools that were high in collective efficacy reduced the [learning] gap. They closed it by about 50 percent."

The study combined collected data along with numerous faculty interviews with in the school district. Goddard's team (along with fellow researchers Linda Skrla of the University of the Pacific and Serena Salloum of Ball State University) found that teachers and — even more importantly — principals who showed a belief in the abilities of their students had a major impact on those students' outcomes.

"If you think you can help all students learn, regardless of background, then you would think you work hard to help," Goddard says.

He relates a number of anecdotes from speaking with teachers at the schools that illustrate the conclusions of the study.

"We went into some schools that scored high and low and began asking teachers questions like, 'What makes your school distinct?'" Goddard says. "It was interesting that leadership came up within first 60 seconds of every conversation. The principal was important in every story."

One school had a star athlete who was struggling with classes. But when they let the student be late for practice in order to get extra tutoring — with the principal's permission — the results were visible.

Conversely, teachers at another school expressed doubt that trying anything innovative would have an impact, because it would get them in trouble with the principal.

Goddard says the results are similar, despite any differences in socioeconomic backgrounds. It all comes back to those in charge believing in you and the work you do.

"We really need to get away from deficit thinking," he says. "People are prone to this. As soon as you say, 'Of course these kids failed the test, look at the neighborhood,' you've already missed it."

The study is just one small step for Goddard, who earned his PhD at OSU and serves as the Novice G. Fawcett Chair in Educational Administration. He based his dissertation around the concept of collective efficacy.

"This sense of collective efficacy was based on the study of self efficacy, based on the notion that we have an efficacious belief for everything," Goddard says. "It comes from the belief that things are in your control or not."

He works with graduate students who have their sights set on becoming school principals in order to show them how they can make a difference.

Goddard says he takes the students out on something comparable to medical students doing rounds in a hospital, with the goal for them to see as many different situations as possible.

"(Doctors) have conversations all day about patients. This is what I do with principal trainees," he says. "We'll be doing our rounds. Observing classrooms all day and then talking about them."

Goddard says his research is a good key to showing that students can learn despite their circumstances — but they can't necessarily do it on their own. Positive leadership and a positive attitude are essential.

"Many things are possible, but it's hard to do much if you don't think you can," he says.