Dot Commentary: Which has been the most surprising Big Ten basketball team so far? 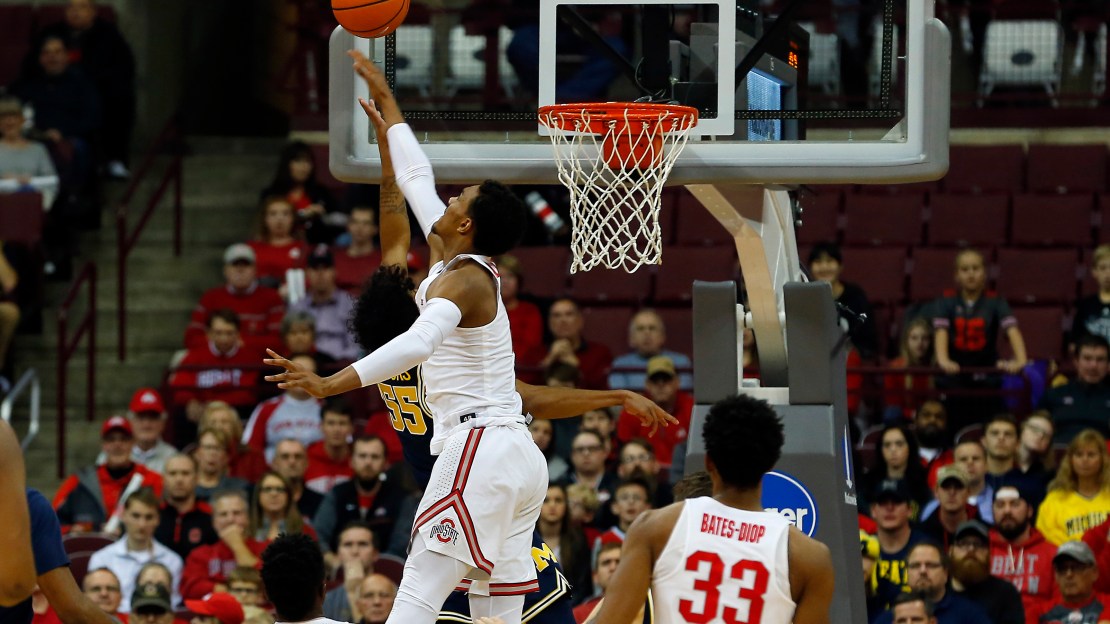 With the Big Ten being left out of the College Football Playoff and bowl season still a few weeks away, our weekly Dot Commentary debate will shift its focus to basketball–at least for now.

And with a week of early conference play already in the books, it makes sense to turn our attention to basketball and evaluate what we've seen out of the Big Ten so far. The question posed to our BTN.com team of Tom Dienhart and Alex Roux is as follows:

Which Big Ten basketball team has surprised you most so far?

Honestly, there really hasn't been any big "positive" surprise team so far in the Big Ten. Michigan State, Minnesota and Purdue all are playing as well as most expected. And no one has really exceeded expectations. But several teams have failed to live up to their billing.

So, the biggest "surprises" this season have been from a negative standpoint. And no team has been a bigger disappointment than Northwestern.

Most projected the Wildcats to contend with MSU, Purdue and Minnesota for the league title. Why not? Key players like Vic Law, Bryant McIntosh, Scottie Lindsey and Dererk Pardon are back for a team coming off a breakthrough season that saw NU go 24-12 overall and 10-8 in the Big Ten and make the NCAA tourney for the first time. Heck, NU even won a game in the Big Dance and narrowly lost to eventual runner-up Gonzaga.

But Northwestern has skidded out of the gate. The Wildcats are 5-4 overall and 1-1 in the Big Ten, losing to Creighton, Texas Tech, Georgia Tech and Purdue. NU is last in the league in scoring margin. And it's last in field-goal defense. Crashing the glass also has been an issue, as NU is 12th in rebounding margin.

There is plenty of time to get things fixed for the Wildcats, but NU has blown some good opportunities to enhance its resume early on. This team is too talented and too experienced to slumber much longer. Expect Northwestern to begin to make a push.

I disagree with Tom that there aren't any pleasant surprises to be found in the Big Ten, because the 7-3 Buckeyes have caught my eye and out-performed some rather rosy expectations I'd had for them entering the season. I wrote a month ago that Ohio State could be a better team than some have them pegged, and I fully recognize the contradiction of now picking them as an early eyebrow-raiser. But at 2-0 so far in the Big Ten with wins over teams (Wisconsin and Michigan) expected to compete in the conference this season, the Buckeyes are out-pacing my November prognosis.

Sure, Wisconsin is down this year at 4-6. But for Ohio State to go into Kohl Center and lay a 25-point smackdown on the Badgers like they did this past weekend is unheard of in the modern Big Ten. It was Wisconsin's worst loss on that floor, which opened for business in 1998. When I found a TV in Indianapolis' Lucas Oil Stadium before last Saturday's Big Ten Championship football game, one glance at the second half score of that Buckeyes/Badgers basketball game sent my jaw south.

For an encore, Ohio State followed up their Big Ten road opener with a 71-62 over a solid Michigan squad, and they did it after overcoming a 20-point deficit. Incredibly impressive start for a team 10 games into first-year head coach Chris Holtmann's tenure.

Will this strong play continue? We'll see, and a lot will depend on if the Buckeyes' inability to hang on against teams like Butler and Clemson in November were warning signs of what's to come or teaching moments that can be improved upon. There will likely be some more games like their 86-59 loss to No. 17 Gonzaga in the PK80–that's reality under a new coach. But if upperclassmen like Keita Bates-Diop (17.4 ppg, 9.9 rpg) and Jae'Sean Tate (13.3 ppg, 6.2 rpg, 3.0 apg) can keep showing out, I'm even more confident about Ohio State's ability to compete than I was a month ago.

They've already proven this won't be a lost season.