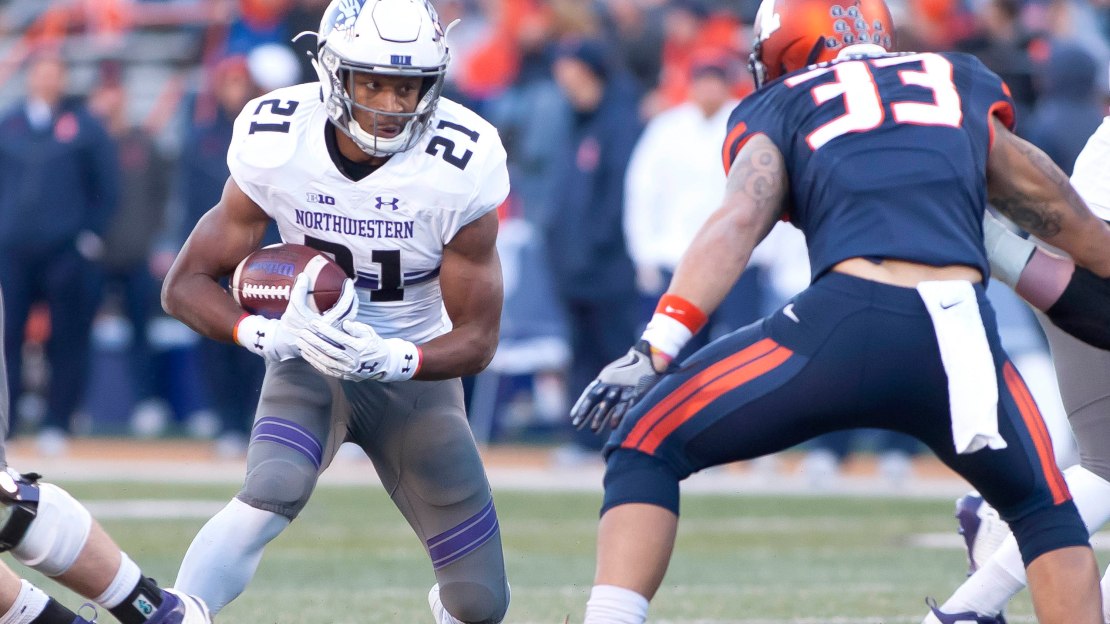 Northwestern will be making its eighth bowl trip in the last 10 years, as Pat Fitzgerald continues to take this program to higher levels.

NU will arrive in Nashville for the Music City Bowl on a roll, winners of seven in a row as the program notched nine victories for the ninth team in school annals and won seven Big Ten games for only the third time ever during a second-place finish in the West Division. When you consider all of that, NU probably deserved a bit better of a bowl destination.

Regardless, Pat Fitzgerald will have the Wildcats ready for Kentucky, which went 4-4 in the SEC to finish tied for third in the SEC East. This is the second season in a row UK has gone 4-4 in conference play which last happened in 1998-99. But Kentucky will limp into Nashville having lost three of four and four of six, having gotten smoked in its last two games (42-13 at Georgia; 44-17 vs. Louisville). A win vs. Northwestern would be a nice elixir and give UK eight victories for the first time since 2009.

These programs have met just one other time, with Northwestern taking a 7-0 win in Evanston way back in 1928. NU will be looking for its third bowl win in its last four postseason appearances in this battle of the Wildcats. NU lost nine bowls in a row before beating Mississippi State in the Gator Bowl after the 2012 season. Last season, Northwestern beat Pitt in the Pinstripe Bowl.

UK is in a bowl for the second year in a row under Mark Stoops, falling to Georgia Tech in the Taxslayer Bowl last season. In fact, the Wildcats have lost three bowls in succession, last winning vs. East Carolina in the Liberty Bowl after the 2008 season. Kentucky last played a Big Ten team in the postseason in the Outback Bowl after the 1998 campaign, when the Wildcats were led by Tim Couch and lost to Penn State. This will be Kentucky's fifth trip to the 20-year old Music City Bowl, more than any other school as Stoops has the program on the move. UK is one of two teams the country to tie or improve its win total from the previous year in each of the last five seasons, which coincides with Stoops' tenure in Lexington.

Player on the spot: Northwestern QB Clayton Thorson. He will need to hit some passes down field to Flynn Nagel (47 catches for 483 yards) and Bennett Skowronek (42 for 619) to loosen a UK defense that will be geared to stop the run. Thorson must be mindful of star Kentucky safety Mike Edwards, who is tied for second in the SEC in interceptions. Thorson is No. 3 in the Big Ten in passing yards, hitting 60 percent of his throws for 2,809 yards with 15 TDs and 12 picks.

Best individual matchup: Northwestern RB Justin Jackson vs. Kentucky LBs Denzil Ware and Josh Allen. The Wildcats typically go as Jackson goes. He is the school's all-time leading rusher and has run for 1,000 or more yards in each of his four seasons. Only nine other players in FBS annals have had four 1,000-yard seasons in a row. This season, Jackson is No. 3 in the Big Ten in rushing with 1,154 yards. If he can rush for over 100 yards, NU probably will win. UK is No. 7 in the SEC in rush defense (169.8 ypg). Ware and Allen rank among the top 10 in the SEC in sacks.

Best unit matchup: Northwestern defensive line vs. Kentucky offensive line. Northwestern has a strong front seven led by LBs Paddy Fisher and Nate Hall up front and by Big Ten sack leader Joe Gaziano. Fisher leads all FBS rookies with 110 tackles and 62 solo stops, while ranking seventh in the country with four forced fumbles. How good is the Northwestern defense? NU is fourth in the Big Ten in rush defense (111.3 ypg) and fifth in scoring defense (19.8 ppg). They must contain Kentucky back Benny Snell Jr., who is No. 2 in the league in rushing with 1,318 yards. His 18 TDs set a school record.

Number: +5, Northwestern's turnover margin, which ranks second in the Big Ten behind Penn State's plus-14. NU has forced 23 turnovers and committed 18.