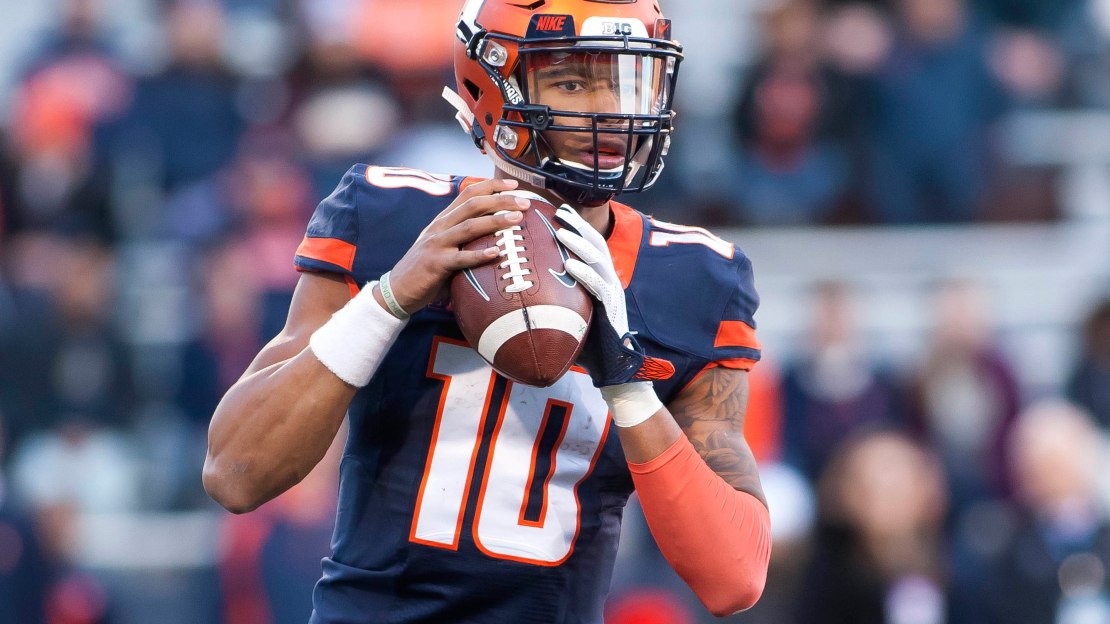 The rebuilding process at Illinois continued in Year Two under Lovie Smith, who made a commitment to youth that offered signs of hope for the future but resulted in growing pains in the here and now during a trying 2-10 season. Since the end of the season, eight players have transferred, including S Patrick Nelson, LB Tre Watson and OT Gabe Megginson. Offense, defense, special teams–they all have had their issues for this program under Smith.

Smith went all-in on the youth movement in Champaign, as the Fighting Illini played (22) and started (16) the most true freshmen in the nation in 2017. Several of the youngsters showed promise led by TE Louis Dorsey; RB Mike Epstein; WR Ricky Smalling; DE Bobby Roundtree; QB Cam Thomas; OL Alex Palczewski; CB Nate Hobbs; SS Bennett Williams, among others. Smith needs to show some progress next season, as he is 5-19 overall in two years and 2-16 in the Big Ten. Illinois has been in a slump for years, going to just five bowls the last 18 seasons.

High point: There weren?t many in 2017, as Illinois opened the year with wins at home vs. Ball State and Western Kentucky–and then lost its last 10 games with attendance and interest waning. It?s a pattern of ugliness that has been seen far too often in Champaign-Urbana. Oh, there have been bursts of success–but down times have been more the norm the last 20 or so years. That early hope buoyed by a 2-0 start with wins over a team from the MAC and a team from C-USA soon vanished amid the reality of tougher competition.

Low point: There were many, including a 35-24 home loss to Rutgers and a 52-15 annihilation at Ohio State capped by a season-ending 42-7 loss to rival Northwestern-the third in a row and fifth in six games to the Wildcats–in which Illini DT Tito Odenigbo threw a penalty flag back at an official following a Northwestern touchdown, and was ejected.

Offensive MVP: WR Ricky Smalling. Illinois is last in the Big Ten in scoring (15.3 ppg), second-to-last in total offense (280.4 ypg) and last in rushing (105.6 ypg), so there were few highlights this season for a program that continues to be plagued by quarterback issues. Lineman Nick Allegretti was honorable-mention All-Big Ten by the coaches and media, the lone Illinois honoree on the offensive side of the ball. But let?s go with the 6-1, 205-pound Smalling, a true freshman who turned heads by tying for the team lead with 31 catches for a team-high 510 yards and two TDs. He averaged 16.5 yards per reception.