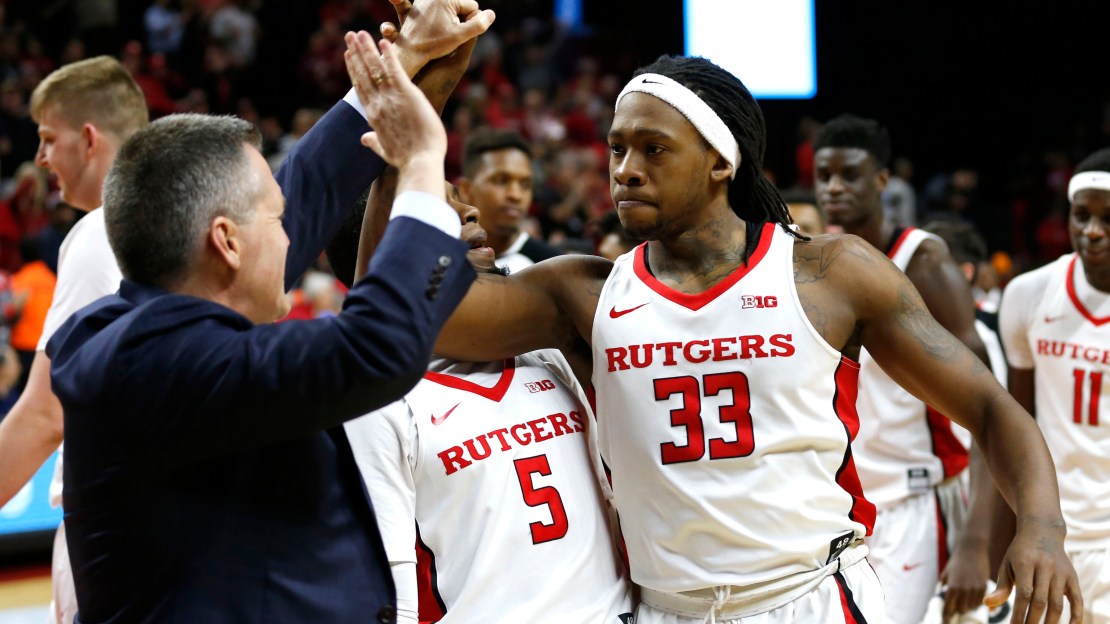 The 7-footer spent chunks of his career wheeling around on a scooter as he dealt with a left foot injury. The junior redshirted in 2015-16 due to his foot, and was limited throughout last season before getting offseason surgery.

And so, the scooter has been one of the most memorable parts of his career.

Deshawn Freeman had his first double-double of the season with 15 points and 11 rebounds and Doorson had a career highs with eight points and nine rebounds to lead Rutgers past East Carolina 61-47 Friday afternoon at the RAC and remain unbeaten.

"I don't even want to talk about the scooter," Doorson said with a wry smile, before adding, "It's been a long, long time. I've been on that scooter since my sophomore year that I played. Then I got surgery. Then I was on the scooter again, so I was out for a long, long time, so to play right now – just to play basketball and be out on the court again – I can't even describe it."

Rutgers went on a 9-0 run after ECU pushed its lead to 12-5 and Eugene Omoruyi gave the Scarlet Knights their first lead at 13-12 courtesy of a dunk assisted by Freeman at 9:40. Geo Baker capped off the run with a pair of free throws before Rutgers took a 32-21 lead into the break.

"The Rutgers defense is very good and very big," East Carolina coach Jeff Lebo said. "We had a stretch there where we were stuck on 13 points for what felt like the whole rest of the half after we were up maybe 13-7. Offensively, we turned the ball over too much."

East Carolina was led by Jabari Craig and Isaac Fleming, who had 14 points each.

ECU: This was the lone non-conference road game for the Pirates. Now a game below .500, they'll have to take care of home court for the next month before opening up American Athletic Conference play on the road at Tulsa.

Rutgers: The Scarlet Knights continues to struggle from the free throw line. Entering the game hitting just 57 percent of its free throws, Rutgers went 14 of 23 from the line vs. ECU. While it hasn't cost Rutgers a game yet, it's becoming a cause for concern.

Now things start to get interesting for Rutgers. While the Scarlet Knights are 6-0 for the second season in a row under its second-year coach, they've been playing inferior opponents. After hosting Florida State, Rutgers opens up Big Ten play with a trip to No. 14 Minnesota before hosting No. 4 Michigan State.