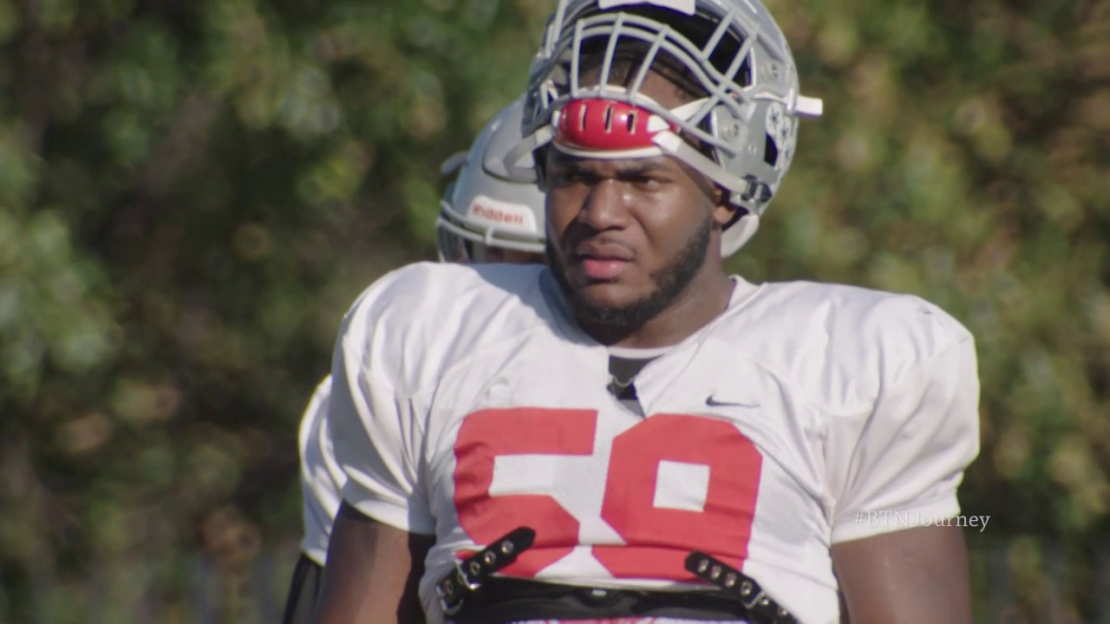 The Friday List is back. This week, I look at the most fearsome pass-rushing defensive ends in the Big Ten.

Click on the names to watch more videos of each player, too.

1. Nick Bosa, Ohio State. Joey?s little brother is holding up the family name very well. The 6-4, 270-pound sophomore played in all 13 games and earned 332 snaps along a talented defensive line in 2016, ranking second on the team in sacks with 5.0. Part of arguably the best d-line in the nation, Bosa leads the team with 4.0 sacks this season. He may be a first-round talent like his brother.

2. Rashan Gary, Michigan. His numbers aren?t off the charts, but that?s because Gary often commands a lot of attention. And that opens opportunities for his teammates. The 6-5, 287-pound sophomore is a deadly combination of size, speed, strength and athletic ability who has next-level talent.

3. Shaka Toney, Penn State. At 6-3, 233 pounds, Toney is built like an outside linebacker. But he has speed to burn. Few offensive tackles are equipped to deal with his fast feet. His four sacks lead the Nittany Lions. Wait until this redshirt freshman matures.

4. Tyquan Lewis, Ohio State. He was the 2016 Big Ten Defensive Lineman of the Year, so the 6-4, 265-pound senior already has lots of cred. Lewis is the perfect blend of power and speed who is equally as stout vs. the run as he is rushing the passer. He teams with Nick Bosa and Sam Hubbard to give OSU a great set of ends.

5. Kenny Willekes, Michigan State. The 6-4, 244-pound sophomore is a lithe athlete off the edge who has filled a void for a tough Spartan defense. He paces the team with four sacks this season. Not bad for a former walk-on.

6. Sam Hubbard, Ohio State. The 6-5, 265-pound junior arrived on campus as a safety and has become one of the Big Ten?s top ends. He is a perfect blend of speed and strength who has the work ethic to match, as he and Nick Bosa appear to be physical twins. Who do foes double-team?

7. Chase Winovich, Michigan. Not only is he a beast off the edge, ranking No. 2 in the Big Ten with 6.5 sacks, but Winovich?s long blonde hair is mesmerizing. He is part of a boffo Wolverine front. The 6-3, 245-pound junior has emerged as a force with cat-like quickness. Not bad for a guy who played QB in high school.

8. Shareef Miller, Penn State. Along with Shaka Toney, Miller has stepped up to fill a pass-rushing void in State College this season. The 6-5, 257-pound sophomore earned mentioned on BTN.com?s All-Freshman Team last year. He has 3.5 sacks this fall. The best is yet to come for this guy.

9. Anthony Nelson, Iowa. There are few more imposing ends in the Big Ten than this guy, who stands 6-7. Nelson showed flashes last year as a redshirt freshman before emerging this fall along an underrated Hawkeye front. Nelson ranks among league leaders with 6.0 sacks.

10. Gelen Robinson, Purdue. The son of former Boilermaker All-American basketball player Glenn Robinson, Gelen moves from tackle and end with equal aplomb. The 6-1, 280-pound senior is a former wrestler who has great strength and quickness.