The Friday List: Most surprising B1G football players of 2017 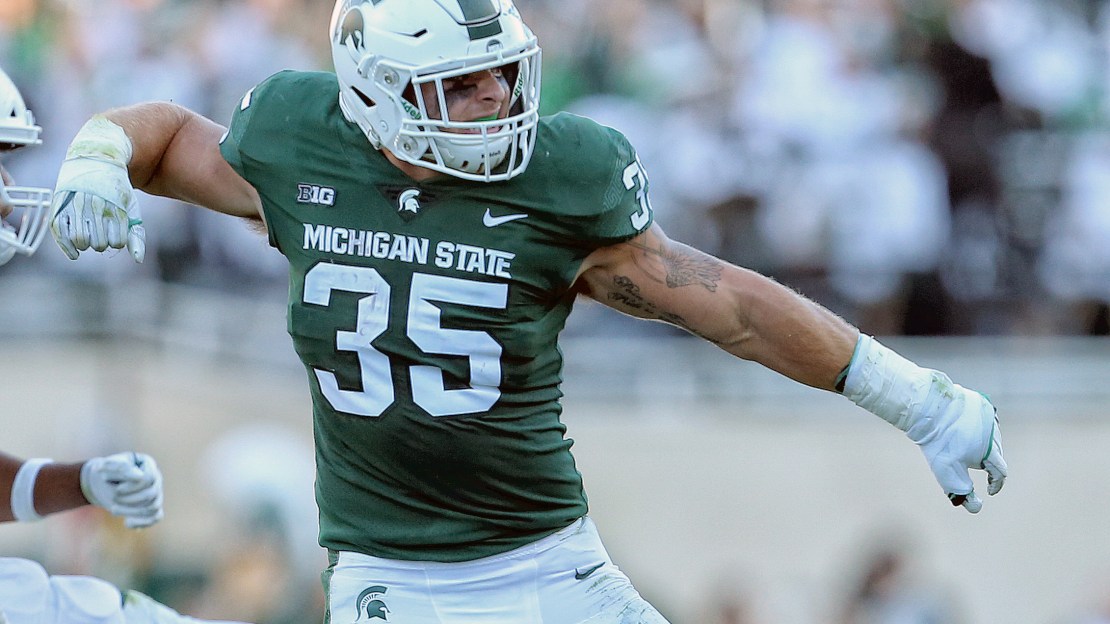 The Friday List is back, and I am very excited. Halloween is near, and the season is about to hit the stretch run. This week?s topic: The most surprising players, in no particular order. Every one of these guys has caught my eye.

Nate Stanley, QB, Iowa. He had to battle Tyler Wiegers for the job in camp, winning what was by all accounts a close competition to replace C.J. Beathard. Stanley has proven to be a quick study, ranking No. 4 in the Big Ten in passing efficiency by completing 57 percent of his attempts for 1,513 yards with 16 touchdowns and only three interceptions. The 6-5, 235-pound sophomore has a big future.

Paddy Fisher, LB, Northwestern. The redshirt freshman has earned raves from Pat Fitzgerald, who knows a thing or two about playing linebacker. The 6-3, 235-pound Fisher is an anchor for an underrated NU defense and ranks No. 6 in the Big Ten in tackles with 56 (8.0 pg).

JD Spielman, WR, Nebraska. The diminutive (5-9/180) redshirt freshman has made a quick impact, running back a kickoff 99 yards for a TD vs. Arkansas State. And he turned heads vs. Ohio State by setting a school single-game record with 200 yards receiving on 11 catches. The adopted son of Minnesota Vikings G.M. Rick Spielman, JD originally committed to play lacrosse at Ohio State.

Joe Bachie, LB, Michigan State. The 6-2, 233-pound Brook Park, Ohio, native has been a revelation for a Spartan defense that ranks No. 1 in the Big Ten (262.1 yards per game). Bachie is No. 3 in the Big Ten in tackles (9.0 pg) with 63 stops. He also has three sacks and 6.5 TFLs. The sophomore middle linebacker made a career-high 13 tackles with a sack and forced fumble last week vs. Indiana to win his second Big Ten Defensive Player of the Week honor in three weeks. Not bad for a guy who played just six games last year.

Shaka Toney, DE, Penn State. He has teamed with fellow end Shareef Miller to fill a needed pass-rushing role for the Nittany Lions defense. Toney has four sacks and 6.5 TFLs, helping Penn State rank No. 1 in the nation in scoring defense (9.6 ppg). The 6-2, 233-pound redshirt freshman from Philadelphia is quick around the corner and a tough matchup.

Peyton Ramsey, QB, Indiana. The best is yet to come for this redshirt freshman who first showed his potential in helping lead IU to a win at Virginia in September. Ramsey has started the last three games and sparked the Hoosier offense with his dual-threat skills. The 6-2, 210-pound Ramsey, the son of a coach, is hitting 62 percent of his passes for 973 yards with seven TDs and four picks and rushed for 218 yards and two scores.

Garret Dooley, LB, Wisconsin. In his first season as a starter, the 6-3, 247-pound junior has emerged as one of the top players on a Badger defense that ranks No. 3 in the Big Ten (265.4 ypg). Dooley paces the Big Ten in sacks with 5.5 and is No. 3 in the league in TFLs with 8.5 for a UW defense that lost LBs Jack Cichy and Zack Baun to injury.

Tyler Johnson, WR, Minnesota. The Gophers rank No. 12 in the Big Ten in passing (158.9 ypg), but Johnson is doing his part. The sophomore is No. 3 in the Big Ten in receiving yards per game, making 27 catches for 499 yards (71.3 ypg) with seven touchdowns. The 6-2, 190-pound local product has gone over 100-yard receiving mark three times this year and made three TD grabs vs. Michigan State. Johnson entered the year with just 14 career catches for 141 yards and a TD.