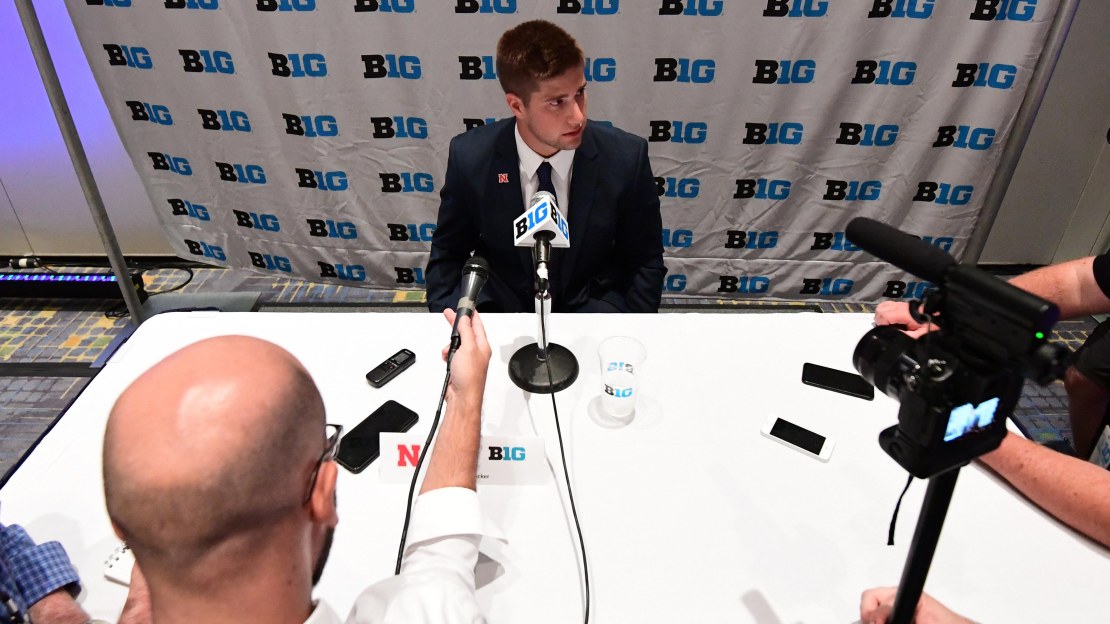 Chris Weber came to Nebraska to play in big games. And few will be bigger this season than No. 9 Wisconsin's visit to Memorial Stadium on Saturday night.

The 3-2 Cornhuskers have some momentum as Saturday nears, having won two games in row-beating Rutgers at home before taking down Illinois in Champaign last Friday. Now, here come the 4-0 Badgers, the pick by most to win the West.

The 6-3, 240-pound Weber grew up revering Nebraska as a kid in Omaha, Neb. The linebacker received no scholarship offer from the Cornhuskers, but the Elkhorn High grad ended up walking on before earning a scholarship in January 2016. Now, Weber is an integral part of Nebraska's new 3-4 defense that has allowed just two offensive touchdowns in the last 14 quarters and held Illinois to just 199 yards to mark the third straight game the Huskers haven't allowed 250 yards, something Nebraska hadn't done since 2003.

Nebraska had five sacks and 10 TFLs against the Illini. The Huskers had just three sacks and 12 TFL combined in their first four games. The six points were the fewest Nebraska has allowed in a game since 2011 against Michigan State and the fewest it has yielded on the road since 2006 against Kansas State.

Weber played a big role in helping accumulate those numbers, notching a team-best nine tackles with two TFLs, a sack and an interception. I caught up with Weber as the senior prepped for Wisconsin.

Q: After struggling vs. Arkansas State and at Oregon in the first two games of the season, the defense has improved. What has been the key?
A: We have done a good job just eliminating some big plays and making teams work their way down field. And we have been playing good red-zone defense. And that keeps points off the board.

Q: What do you think about Wisconsin?
A: They are a challenge. They are able to run the ball. They are big up front. And they have a quarterback who does a lot of good things. He (Alex Hornibrook) can throw the ball down the field. It will be a challenge for us, but I am excited for it. I think our defense is ready to go.

Q: What's it like to play for defensive coordinator Bob Diaco?
A: He is energetic and fun to be around. He is a great coach. He communicates the game plan well. He always prepares a great game plan for us to put us in a good position to play fast on Saturdays. He is just fun to work with.

Q: Growing up in Nebraska, who was your favorite Husker?
A: That is tough. I had a lot of different ones. I loved watching Eric Crouch. On defense, I loved Lavonte David and Ndamakong Suh. It was fun growing up watching those guys.

Q: How often did you go to games?
A: I would go to a couple games a year. I didn't have season tickets. But when we could snag some tickets, I definitely was going.

Q: What's your best memory of going to games?
A: There was a game against Colorado (Nov. 2008) where Ndamukong Suh got an interception and Alex Henery made a long field goal (57 yards) and the place went nuts (40-31 win). That was probably my favorite game to be at.

Q: Who is the best hitter on the defense?
A: That is tough. I would probably say Antonio Reed (DB). He likes to bring the wood.

Q: You can take one teammate to a brawl. Who ya picking?
A: I would probably take Mick Stoltenberg, our nose tackle. Just for sheer size. He's about 6-6, 315 pounds. It would be nice to have him.

Q: When you scrimmage the offense, who is the most difficult guy to tackle?
A: Devine Ozigbo because of his speed and strength. And Mikale (Wilbon) in the open field is tough to bring down. Both those guys.

Q: If you are stranded on a desert island, what movie do you want to have with you?
A: "Cast Away."

Q: What is your go-to order when you go to Runza?
A: I get the chicken sandwich. And I love eating the fries. That is the best part.

Q: Do you hunt? Fish? Do both?
A: I fish. I need to start hunting more. My parents own a little lake house at a place called Beaver Lake. So we go out there and fish quite a bit with my brother.

Q: What are you binge-watching?
A: I am watching "The Office" with my wife right now. I only have a couple episodes left.

Q: He spells his last name differently than you, but how often are you kidded about sharing a name with former Michigan and NBA star Chris Webber?
A: It happened more when I was a kid. When I would show up to basketball camps, people would always make the timeout joke-asking me how many timeouts I had left. I don't get it as much anymore.