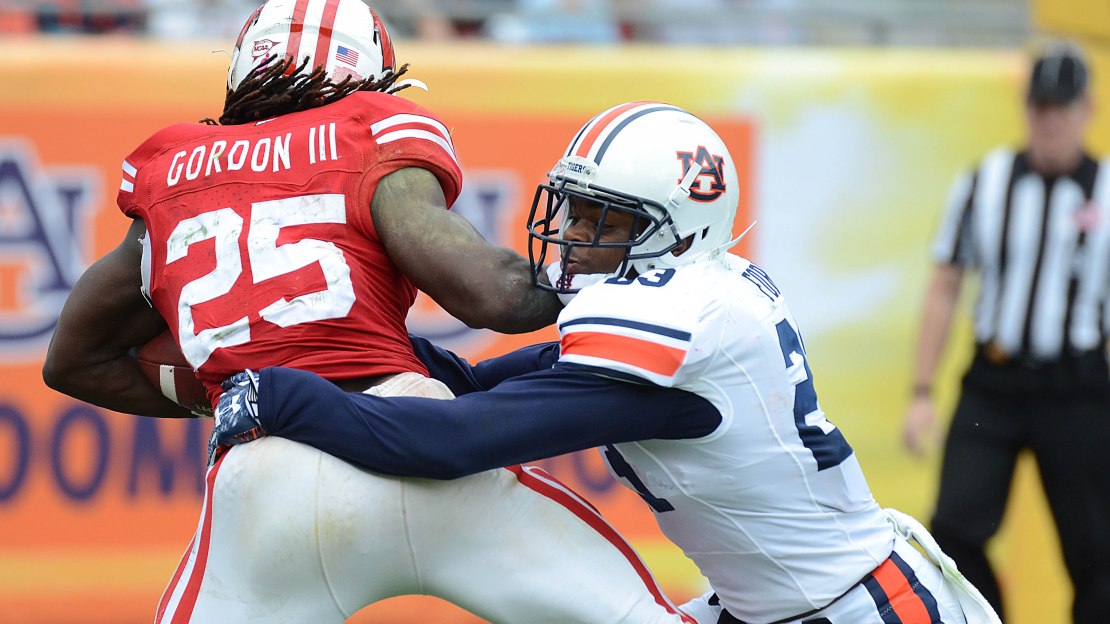 Pete Thamel of Yahoo! Sports penned a story this week that opined: Is Saquon Barkley better than Ezekiel Elliott?

Personally, I think Elliott is the better of the two. But, it?s like choosing between steak and lobster. And, is there REALLY that much difference between the two superstars?

But that?s not why I?m typing right now. Nope, this story got me thinking: What are the best Big Ten running backs I have seen in my lifetime?

I grew up in West Lafayette, the son of parents who graduated from Purdue and then worked for Purdue. Then, I graduated from Purdue. My point: I have seen a lot of Big Ten football games the last 40-plus years, first going to games with south end zone ?knothole? tickets in the mid-1970s through junior high, high school, college and adulthood. My timeline begins in 1975.

So, let's kick off a new tradition: The Friday List. In the inaugural edition, I present the ?best? Big Ten running backs I have seen. (I didn?t include any current players.) This isn't based only on stats. It's based on my mind's-eye and who I recall being "truly awesome and dominating.} How is that for subjectivity?

2. Melvin Gordon, Wisconsin (2011-14). I had the pleasure of sitting high above Camp Randall Stadium that snowy night in 2014 when he obliterated Nebraska for a then-NCAA single-game record 408 yards rushing. And, he could have had a lot more that night. Gordon finished with a Big Ten single-season record 2,587 yards rushing in 2014. Few were as explosive, strong and fast.

3. Anthony Thompson, Indiana (1986-89). Few backs have carried a bigger load than this Hoosier icon who came THISCLOSE to winning the 1989 Heisman. (Think about that.) A.T. had ran for 1,686 yards as a junior and 1,793 as a senior en route to 5,299 career yards. He is still the No. 3 all-time Big Ten rusher. Oh, and Thompson had 67 rushing TDs. And he did it all despite being the single focus of defenses each week. Amazing.

4. Ezekiel Elliott, Ohio State (2013-15). He literally and figuratively put the Buckeyes on his back in 2014 and carried them to the national title. And that?s what it?s all about. In his final two years, Elliott ran for a combined 3,699 yards. A man among boys.

5. Lorenzo White, Michigan State (1984-87). If I close my eyes, I can still see White gashing the Purdue defense back in 1985, when he carried the ball an ungodly 53 times for 244 yards. He paced the league with 2,066 yards rushing as a sophomore that year, making the Florida native the first 2,000-yard rusher in league annals. White?s 1985 rushing total still ranks No. 4 in the Big Ten.

6. Ron Dayne, Wisconsin (1996-99). When the topic of ?unbreakable records? is mentioned, make sure you include Ron Dayne?s all-time Big Ten mark of 7,125 yards rushing. The ultimate workhorse. Dayne ran the ball 1,220 times in a career that culminated with the 1999 Heisman. He is and forever will be the face of Badger football.

10. Tyrone Wheatley, Michigan (1991-94). A big, physical back, Wheatley could take over a game and wear down a defense. Such an aggressive runner. Wheatley ran for over 1,000 yards in each of his final three seasons in Ann Arbor.