Dienhart: With Shawn Eichorst out, Nebraska turns the page again 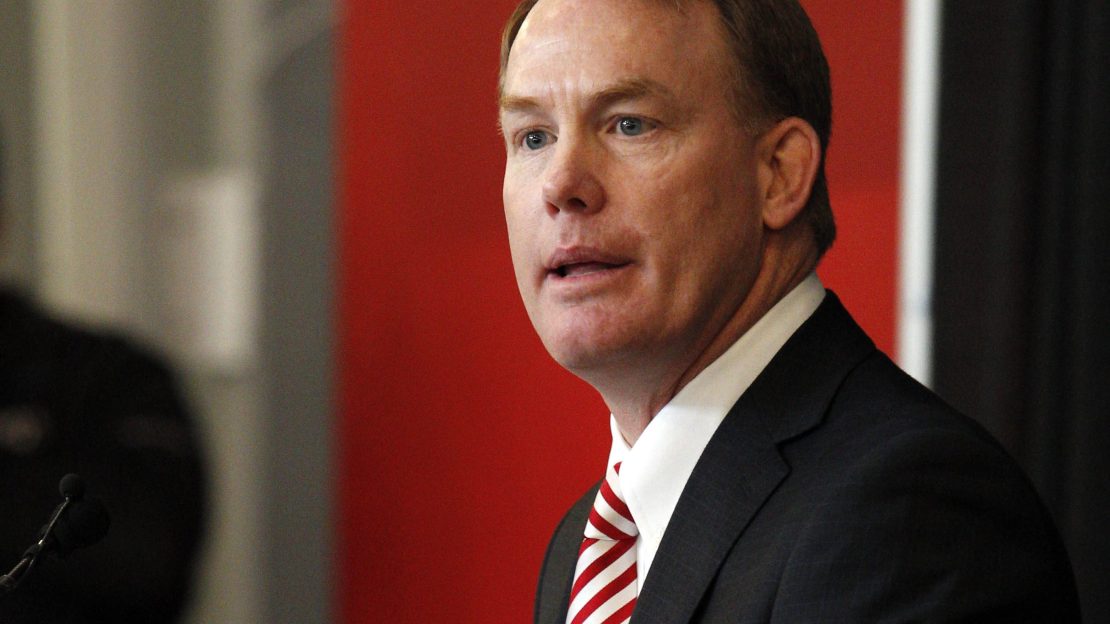 The page is being turned at Nebraska. Again.

Today, the school announced that athletic director Shawn Eichorst has been fired, as the football program struggles to regain its lost national relevance.

?Shawn has led Nebraska Athletics in many positive ways, but those efforts have not translated into on-field performance,? Nebraska Chancellor Ronnie Green said in a statement. ?Our fans and our student-athletes deserve leadership that drives the highest levels of competitiveness, as well as excellence across all facets of Husker Athletics.?

Angst among Cornhusker Nation amplified last Saturday coming off a dismal 21-17 loss at home to Northern Illinois. What?s sad: These types of defeats no longer shock this rabid fan base. They have become too common. Who can forget the losses at Illinois and at Purdue in 2015? There were plenty of others before those recent embarrassments. NU fans won?t forget 38-17 to Iowa in 2013, 62-36 to Colorado in 2001, 70-10 to Texas Tech in 2004, and 76-39 to Kansas in 2007.

Nebraska fans are numb. Now, the big enemy is apathy. This for a school that has sold out every home game since 1962.

The program last won a conference title of any sort way back in 1999, when Nebraska was coached by Frank Solich and was a member of the Big 12. Since then, a generation of children has been born and raised, never having experienced a dominating era of Nebraska football.

Since that Big 12 crown in 1999, four ADs have come and gone. And the Huskers are on their third coach. The school has a bottomless pit of resources and an unmatched collection of passionate fans. And the facilities in Lincoln are without peer.

Still, Nebraska has struggled to regain its once lofty perch among the national elite. Now, Huskers football is more on par with, say, Georgia Tech than Alabama, Clemson or Ohio State. Heck, within the Big Ten West, the Cornhuskers have been passed up by Wisconsin and Iowa. Nebraska?s Big Ten West peer? It?s probably Minnesota, which has all sorts of mojo under new coach P.J. Fleck.

Nebraska did reach the Big Ten title game in 2012 and then got blasted 70-31 by Wisconsin.

Eichorst was supposed to change all of this. He was tabbed for the Nebraska A.D. job back in October 2012, taking over for interim A.D. Tom Osborne, who had been coaxed out of retirement earlier to save the ship. The only reason Osborne had the job? Steve Pederson was a rough ride in five seasons as A.D. at Nebraska from 2002-07. The move that defined-and ultimately doomed-Pederson, a Nebraska alum who looked like a sure thing: The hiring of Bill Callahan as head coach. Callahan was an epic disaster in Lincoln.

Now, Eichorst?s name is lumped with Callahan and Pederson in a recent past that has been dim in Lincoln for a school that defines itself on its football program. Remember when Cornhusker football was one of the most feared entities in the nation? The program?s run in the 1990s was marvelous.

Nebraska won three national titles in four years, taking home championships in 1994, 1995 and 1997. And Nebraska came oh-so-close to winning it all in 1993 (missed field goal late in Orange Bowl loss to Florida State) and 1996 (stunning loss to Texas in Big 12 title game). Think about that: The Huskers could have been national champs five years in a row. It wasn?t far off from happening.

Now? The 1990s Cornhuskers wouldn?t recognize this generation of Cornhusker.

You can trace the demise of the program to the ruinous Pederson era. He fired good soldier Frank Solich, who had taken NU to the BCS title game in the 2001 season. Pederson brought in Callahan, who went 27-22 in four forgettable seasons at Nebraska. The school had seen enough after a 45-14 homecoming loss to Oklahoma State in 2007, and Pederson was fired. Weeks later, Callahan was out the door, too.

Eichorst?s defining move in Lincoln: Firing Bo Pelini after the 2014 season and hiring Mike Riley from Oregon State and out of the blue. It was a risky hire then, and many wrote about it. And, it was all on Eichorst, who was a one-man search crew. He was going to sink or swim based on how Riley did. So far, it hasn?t been great.

Riley is one of the sport?s good guys who did a nice job cobbling together some good Oregon State teams under always-trying circumstances in Corvallis, Ore. But he never won a conference title and went 93-80 overall and 58-63 in league play. Was this really the answer?

As Riley works in this third year at Nebraska, he doesn?t appear to be gaining momentum. The Cornhuskers are 16-13 overall and 9-8 in the Big Ten with two middling bowl trips. Let?s just say the jury remains out.

Now Riley is 1-2 for the second time in three years at Nebraska. Before he arrived, the Huskers hadn?t started 1-2 since 1981. This weekend, Nebraska plays Rutgers, losers of 14 straight Big Ten games. If the Huskers lose, Nebraska would be 1-3 for the first time since 1957.

The loss last week to Northern Illinois apparently was the last straw for Eichorst. It was so distressing that Eichorst did something after the debacle that he rarely did: He faced the media.

?Frustrated, angry, unacceptable, disappointed,? Eichorst said to reporters last Saturday. ?Hang in there. We have a good group of young men in that locker room who are working really hard to represent us and win ball games, and I?d say the same thing about our staff. But everyone?s got to take it up a notch.?

But, by then, it was too late for spunky words. So, Eichorst is out. Now the question begs: What does this mean for Riley, the man Eichorst hired? Stay tuned. No doubt, the scrutiny on Riley as Big Ten play opens has been turned up.

In a statement today, Eichorst said, ?While I am deeply disappointed in the decision today, I am grateful for the wonderful years that my family and I have spent at Nebraska. I am proud of how our student-athletes, coaches and staff represented this great university and state, and I am confident that the future is bright for Nebraska Athletics.?

Well, he missed at Nebraska in a very big way.