Numbers knowledge: One post-Week 2 stat for each Big Ten team 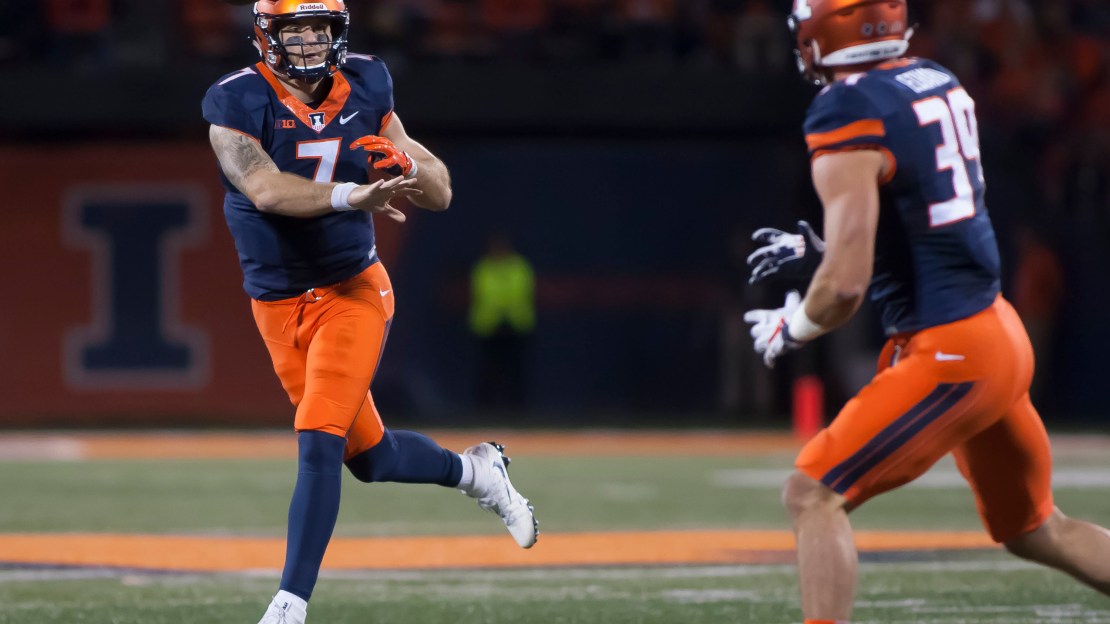 And here is one for each team that catches my eye.

Indiana
9, wins in the last 10 non-conference games for the Hoosiers. The only loss came in the third game last season at home against Wake Forest. IU's Week 3 game vs. Florida International was canceled Monday night, but the Hoosiers plan to schedule a home game Oct. 7.

Iowa
1987, the year Iowa last had a quarterback throw for five touchdowns and 300 yards in a game. Chuck Hartlieb did the honors back then. Nate Stanley chucked five touchdown passes vs. Iowa State last week. Stanley?s eight TD passes in his first two starts are the most by any Iowa QB under Kirk Ferentz.

Michigan
9, consecutive home wins for the Wolverines, which is tied with Penn State for the longest active streak in the Big Ten. They are 7-0 in non-conference home games under Jim Harbaugh, winning by an average of 30.9 points. Michigan plays host to Air Force Saturday.

Minnesota
2, 60-yard completions this season. The Gophers had two in the previous five year combined. Tyler Johnson caught a 61-yarder for a TD vs. Buffalo in the opener. Last week, he nabbed a 67-yarder for a TD at Oregon State.

Nebraska
1,063, yards allowed by Nebraska in the first two games, vs. Arkansas State and at Oregon. The Cornhuskers also have yielded 78 points and 780 passing yards playing a new 3-4 scheme installed by coordinator Bob Diaco.

Northwestern
54, plays the Wildcats ran last week in a 41-17 loss at Duke. The Blue Devils got off 104 plays. The 538 total yards allowed and the 305 passing yards yielded to Duke were the most NU has allowed in a non-conference game in four years (549 total and 460 passing at Cal). Duke went 15-22 on third down and had the ball for 41 minutes and 18 seconds.

Ohio State
20, points or fewer the Buckeyes have scored in four the last five games in regulation, fresh off a 31-16 home loss to Oklahoma. Ohio State closed out the 2016 season scoring 17 (at Michigan State), 17 (vs. Michigan, before winning 30-27 in 2OT) and 0 (Clemson) points.

Penn State
30, points or more the Nittany Lions have scored in each of the last nine games. That is the third-longest active streak in the nation behind South Florida and Oklahoma. It?s tied for the fifth-longest streak in Big Ten history, as well.

Purdue
2012, the last year the Boilermakers won consecutive games. In 2012 under Danny Hope, Purdue closed the regular season with three wins in succession. It also was the last time the program played in a bowl.

Rutgers
11, losses in a row for the Scarlet Knights, marking the longest active streak in the nation. That streak ranks in the Top 10 in Big Ten history. There won?t be a better chance to snap that drought than this week when Rutgers plays host to FCS Morgan State.

Wisconsin
223, yards rushing for Jonathan Taylor. He became the Badgers? first true freshman to start at running back since Zach Brown in 2007. And Taylor became the fourth true freshman in school history to run for 200 yards in a game, joining Brown, Ron Dayne and Alan Ameche. (Dayne and Ameche won Heisman Trophies.) Taylor also is the first UW true freshman with three rushing touchdowns in a game since James White in 2010.