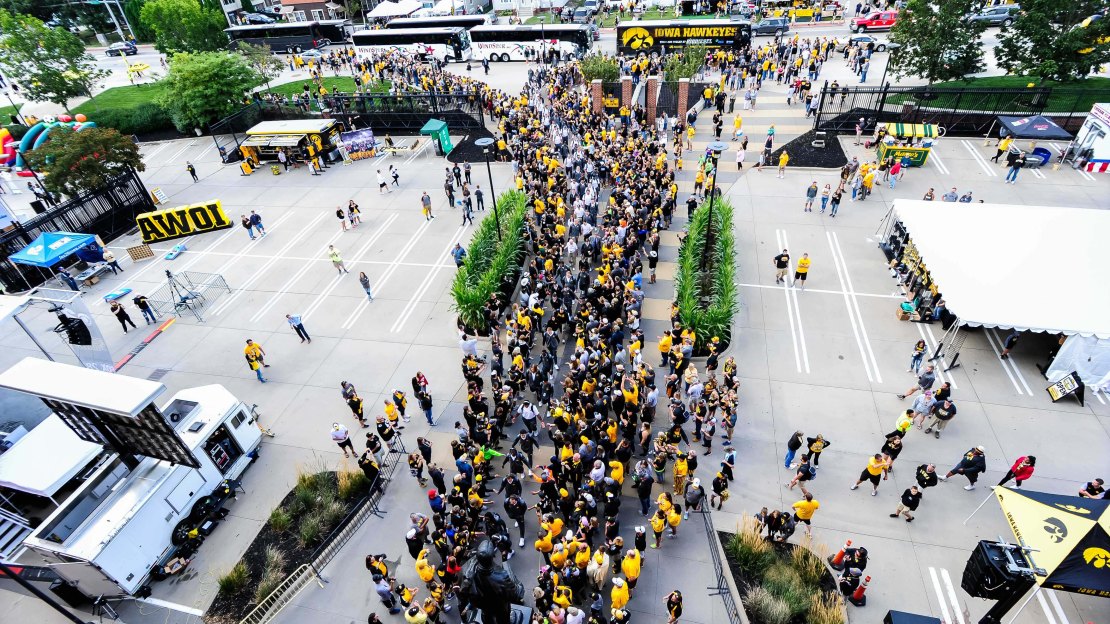 They "Jump Around" between the third and fourth quarters at Camp Randall Stadium. And, starting this season, they wave between the first and second quarters at Kinnick Stadium.

Let's just say that it's certain to be a hit.

With the new UI Children's Hospital opening across the street, and constructed with plenty of windows to provide a view of the field, Iowa fans, all at once, will wave at the young patients and their families watching from the hospital.

Iowa fan Levi Thompson, of Hawkeye Heaven, is credited with making the "First Quarter Wave" happen. It was on his Facebook page, which has more than 100,000 likes, that Krista Young, another Iowa fan, proposed the idea of fans waving to the kids. Thompson liked the idea and pushed for it.

"I wanted it to be something that I knew I could pull off with my platform," he said. "So I came up with a wave after the first quarter of every home game, letting the children know that we are all behind them and putting them in the spotlight."

Well, the first "First Quarter Wave" was a resounding success.

"This is just the beginning of a great thing," Thompson said, "and I do believe this will become the best tradition in all of sports."

Watch the wave from the patients' perspective below: