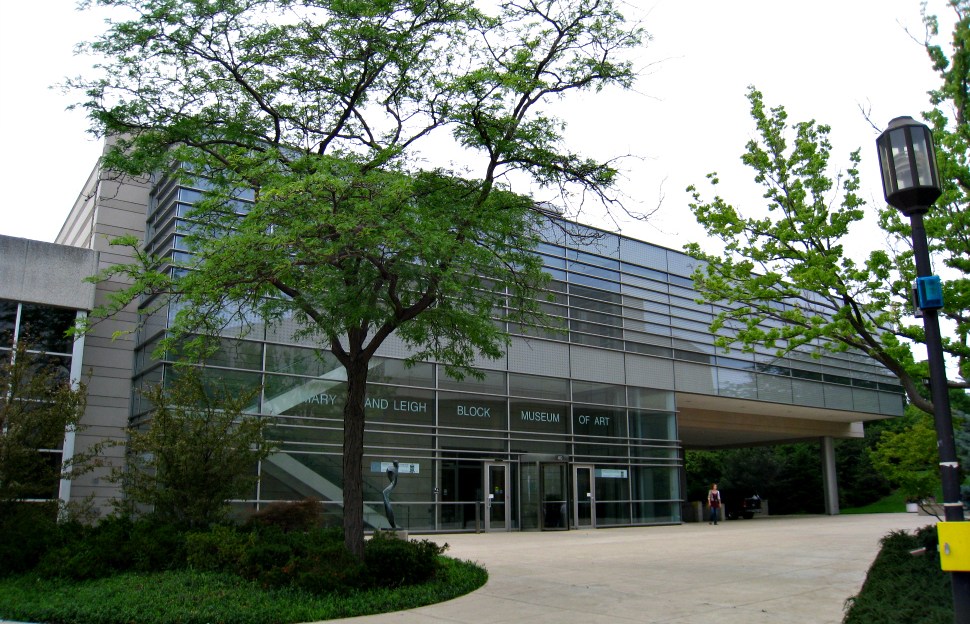 But once you know about the Mary and Leigh Block Museum of Art, it will be hard not to associate the Wildcats with thought-provoking visual works.

Here are five things to know about the Block:

1. The Block Museum of Art has been in its current space since 2000. The building was designed by Dirk Lohan, grandson of Mies van der Rohe, famed architect of Chicago. Its mission involves "presenting art across time, cultures, and media" that supports Northwestern's educational efforts. To that end, the museum – which does not charge admission – also serves as a classroom and laboratory for students across all university disciplines.

2. Compared to other Big Ten museums, the Block is relatively new. The museum didn't officially become a museum until 1998. Up until that point it had been the Mary and Leigh Block Gallery. Started in 1980 as a series of temporary art exhibition spaces, the pieces in the gallery were acquired from various university departments and external sources until it expanded to its current size of 5,000 works. The Blocks were avid art collectors who had – according to the museum's website – "the first private Midwestern collection to be shown at the National Gallery of Art in Washington, D.C.."

3. The Block contains three galleries with changing exhibitions in keeping with its roots in the German kunsthalle tradition. This fall's exhibitions range from the impact of British poet William Blake to the exploration of social justice in the art of Carrie Mae Weems. Its permanent collections cover various forms: prints, drawings and sculpture.

4. To some Northwestern students and young cinephilic Chicagoans, the Block may be best known for its film screenings of independent movies available at bargain prices or even free. With an emphasis on documentaries and experimental work, the Block offers some of the most challenging films in the area.

5. The Block is centered inside Northwestern's campus art walk. A set of sixteen sculptures adorn the campus inside and outside the university's buildings. For those not planning a visit anytime soon, they can all be viewed online.

For more information on the Block Museum, check out the links above.