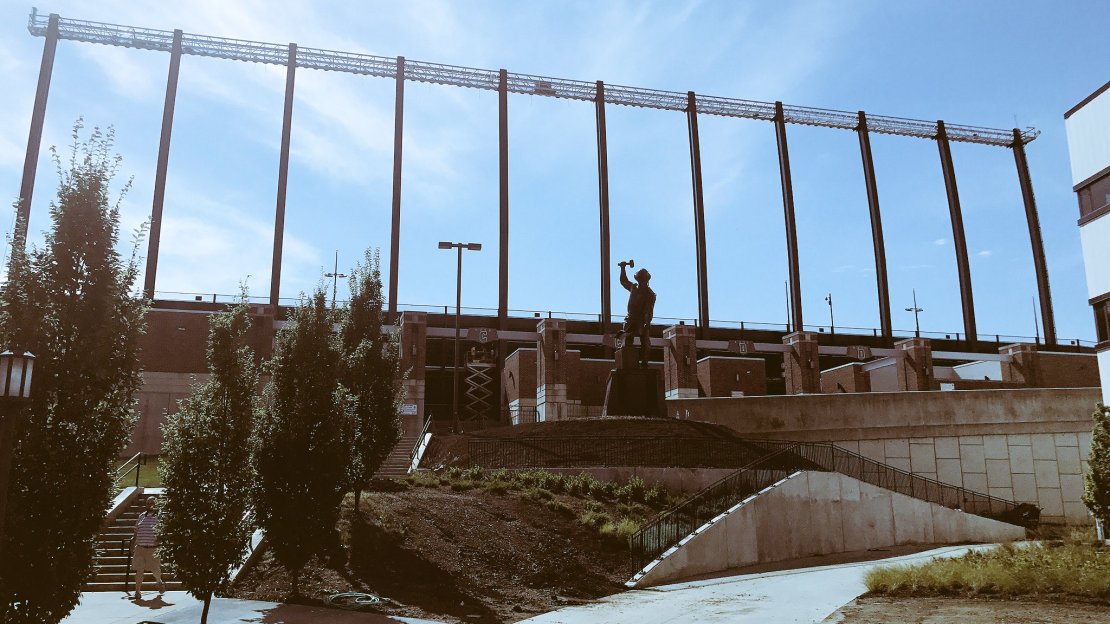 WEST LAFAYETTE, Ind. — Jeff Brohm is continuing to hone his lineup as Purdue transitions into game prep soon. The arrival of Brohm has injected hope to a program that hasn't been to a bowl since 2013 and has been to just two bowls since 2007.

Here are some fun takes from Monday's practice.

Most impressive player: LB Markus Bailey. The 6-1, 235-pound sophomore turned heads last season. And he could be poised for bigger things this fall. Bailey is a quick athlete who also likes to hit. He moves well in space and is a key part of a linebacking unit that is the strength of the Boilermaker defense.

Top specimen: S T.J. Jallow. The 6-2, 200-pound JC transfer is as well put together as any player on the roster. And Jallow has made a splash with his big hitting ability. (Think Jack Tatum.) He will be a difference maker. Jallow had at least one big hit today. He needs to be careful about getting flagged for targeting.

Loudest coach: Jeff Brohm. Yep, the head coach is ultra-intense. With neck veins bulging, Brohm isn't shy about expressing his-ahem-displeasure when players don't do what they are supposed to. Love the passion and intensity.

Impressive newcomer: WR Corey Holmes. The grad transfer from Notre Dame has injected much-needed speed into the wideout unit. He has dealt with a hamstring injury in camp, but looks to be getting back on track. Holmes could be a key player. He better be.

On the rise: RB D.J. Knox. He is the ultimate warrior who plays much bigger than his 5-7, 210-pound listed height and weight. The junior missed last year with a knee injury. But he could be a big part of this offense for a running back slot that is one of the strongest on the squad.

Nagging question: Will the offense come together? For most of camp, the defense has dominated. But the offense just hasn't clicked. A big key will be the line, which must get a push.

Under the radar: DT Eddy Wilson. He is a junior, but the 6-4, 295-pounder has been inconsistent for most of his career. But Wilson looks motivated. And he is in shape. He could have a monster year playing alongside Gelen Robinson (Glenn "Big Dog" Robinson's son), who has moved from DE to DT.

The staff has raved about true freshman TE Darius Pittman, who probably will play even though Purdue has a nice tandem at tight end in Cole Herdman and Brycen Hopkins.

Purdue has done a nice job of plugging some obvious holes with transfers. Will be more competitive

Keep an eye on Baylor transfer kicker Spencer Evans. The guy has a cannon leg. During two seasons at Baylor, Evans served as a kickoff specialist and recorded 55 touchbacks.

I am told Purdue will have a new promotion at the end of the first quarter during games this year. Stay tuned. Fans should enjoy it.

Fans should also enjoy this: