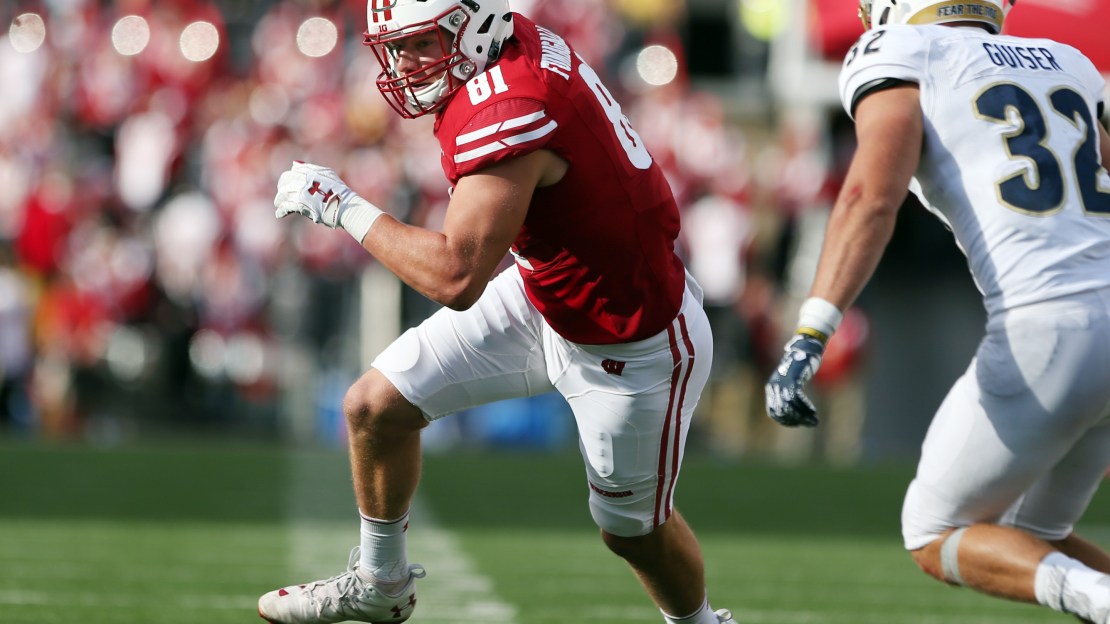 MADISON, Wis. — Paul Chryst took Wisconsin through a two-hour scrimmage under the lights in Camp Randall Stadium on Friday. The pads were popping. Here are some fun takes.

Most impressive player: LB Leon Jacobs. The 6-2, 245-pound senior is a ripped athlete without any fat. He moves with frightening speed from sideline to sideline. Jacobs could be poised for an All-Big Ten season. Imagine if TJ Watt had not turned pro and Jack Cichy not gotten hurt? How good would this LB unit be?

Top specimen: TE Troy Fumagalli. The 6-6, 248-pound senior will be one of the nation?s top tight ends. He is one of several good Badger tight ends, being joined by Kyle Penniston and Zander Neuville, a former D-lineman and the best blocking TE on the squad. Penniston has nice hands and could break out this fall.

Loudest coach: No coach gets this honor. Guess since it wasn?t a practice, no assistant felt compelled to ?get after it.?

Impressive newcomer: RB Jonathan Taylor. The 5-11, 214-pound true freshman is living up to the hype. He scored on a long TD run early in the scrimmage tonight. The New Jersey native broke Corey Clement?s prep records and was a two-time state 100-meter dash champ. I also like true frosh WR Danny Davis, a 6-0, 186-pound talent who will impact this fall.

Wisconsin just produces back after back. Fr. Jonathan Taylor has been a stud, and he just Odelled a catch then broke 3 tackles for a 60yd TD pic.twitter.com/lWohqkskWa

On the rise: DE Isaiahh Loudermilk. The 6-7, 306-pound Loudermilk is a man-child who is poised for big things. The redshirt freshman played eight-man football in high school in Kansas. Now he looks poised for big career in Madison.

Nagging question: Will QB Alex Hornibrook stay healthy? That is a huge key, since the backup is true freshman Jack Coan, a 6-3, 202-pounder who is a good athlete and turned down a lacrosse scholarship to Notre Dame.

Under the radar: CB Nick Nelson. The 5-11, 208-pound junior is the real deal. He sat out last year as a transfer from Hawaii. Now, he may be the top corner in the Big Ten. Nelson also will run back punts. Wait until you get a load of this guy.

Big things are expected from CB Nick Nelson, a transfer from Hawaii for @BadgerFootball. pic.twitter.com/94XJ3YiRSP

Scouts from the Buccaneers and Jaguars were on hand.

The officials who worked the scrimmage also will work the upcoming Alabama-Florida State game.

You see this? If not, check it out below.

.@5ive2Live and @bradricks7 are part of the next great @BadgerFootball backfield, and they took us inside their drills with the Snap Specs ? pic.twitter.com/moCba2cxKm