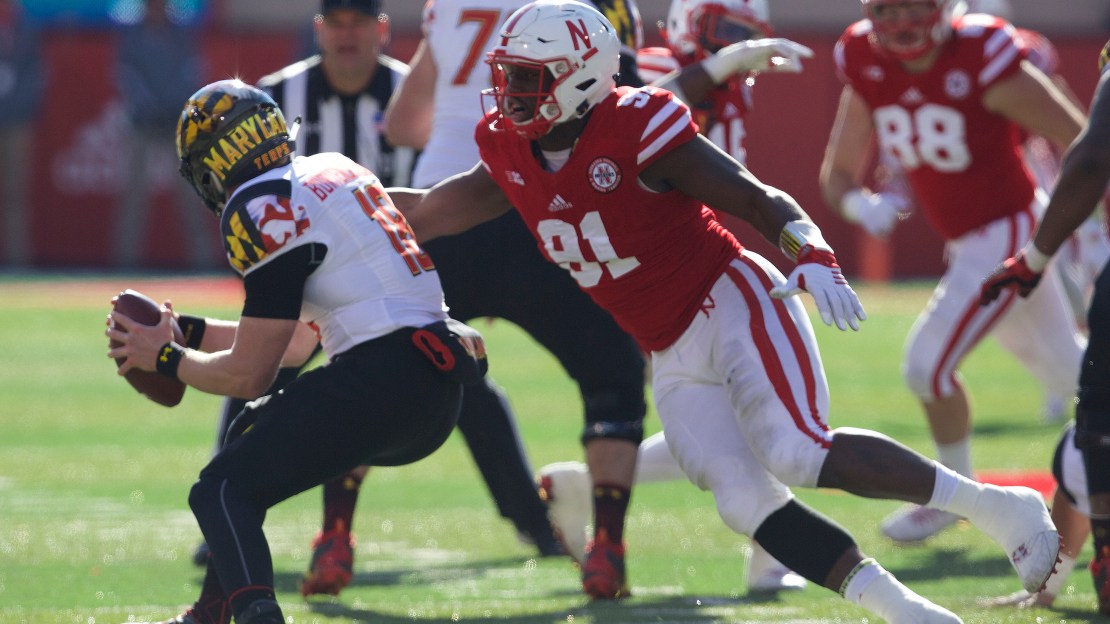 LINCOLN, Neb. — Nebraska went through an intense practice on Tuesday morning. And there was a lot to keep your eyes on with a new defense and quarterback.

Here are some fun takes from a sun-splashed Lincoln day.

Most impressive player: LB Dedrick Young. The 6-1, 235-pound junior was all over the field today. He will team inside with Chris Weber in the Huskers? new 3-4 defense. No doubt, the ILBs are the strength of new DC Bob Diaco?s unit.

Top specimen: DE Freedom Akinmoladun is well put together at 6-4, 280. Hard to believe this guy arrived as a tight end. The junior looks impressive and could be poised for a big season along with fellow DE Carlos Davis. They need to rush the passer.

Loudest coach: Let?s call it a tie between d-line coach John Parrella and DC Bob Diaco. Each brings passion and gusto the job. Time and again, you could hear Diaco scream ?steel cables? as his players went through drills, as he wanted their arms to be strong. Parrella looks like he still could play.

Impressive newcomer: WR Tyjon Lindsey. The 5-9, 160-pound freshman looks to be a weapon on the edge. He is speedy. Expect him to impact on wideout sweeps and short passes. Just get him the ball in space.

On the rise: CB Eric Lee. The 6-0, 195-pound sophomore has impressed taking over for the injured Chris Jones. Lee is a smart player who knows his techniques. And he?s physically gifted. Keep an eye on him, along with fellow CB Lamar Jackson for a secondary that has a lot to prove. Joshua Kalu and Aaron Williams are the safeties.

Nagging question: Will the new 3-4 defense work? The linebackers will be key.

Under the radar: LB Luke Gifford. He will line up on the outside with Marcus Newby. Gifford hasn?t had much of a role on the team until now. The 6-3, 235-pound junior had been a ?tweener in the 4-3. But his build and skill set are a nice fit for the 3-4.

Larry The Cable Guy was at practice. He is famously known for loving the Cornhuskers. Sen. Ben Sasse also was on hand.

JD Spielman is a redshirt freshman WR and the adopted son of Minnesota Vikings G.M. Rick.

Scouts from the Texans, Jets and Falcons were on hand.

Defensive coordinator Bob Diaco is a man in constant motion, at one time chasing down a player who had made a good play and hip-bumping with him. Diaco has the energy of a 21-year-old. And he even looks young. (He is 44.)

Talked to ILB Chris Weber post practice. Yes, he has been kidded a million times about his name. ?Especially when I used to go to basketball camps.?