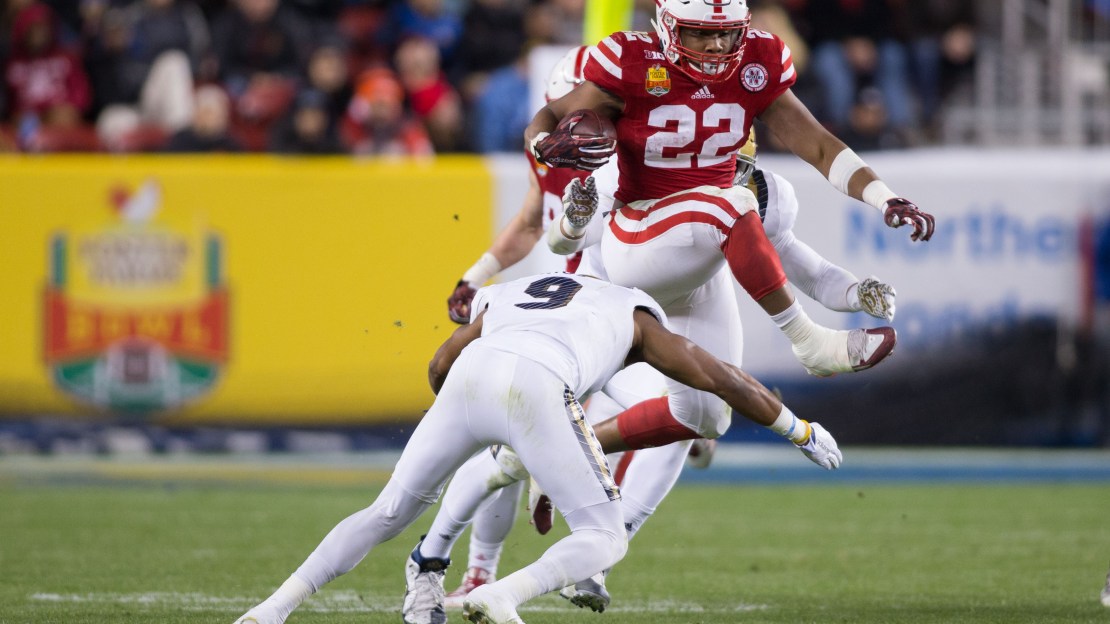 LINCOLN, Neb. — This is Year 3 for Mike Riley, and it?s a big one. Can he get the program over the hump? There are a lot of moving parts, with a new pro-style quarterback and 3-4 defense. A lot will have to come together.

Here are five things I learned at Cornhusker practice on Tuesday.

1. This offense will have a different look. Tanner Lee, a Tulane transfer, stands tall in the pocket and shows accuracy in what will be a more West Coast attack that will incorporate passes to RBs. Bottom line: Get playmakers in space. The days of the quarterback run game being a big part of the Nebraska offense are basically over. Lee lacks any legit wheels, so the opportunity to extend plays with his feet will be minimal. That means the line has to do a good job protecting Lee and give him time. Lee looked good on this day, throwing some nice passes. He has poise in the pocket and remains cool under pressure. True freshman Tristan Gebbia is turning heads and may have a good shot to be the No. 2 man over Patrick O?Brien.

2. The new 3-4 defense looks good. I like the projected starters up front: Junior Mick Stoltenberg - who moved from defensive tackle to nose in the spring - along with ends Freedom Akinmoladun and Carlos Davis, who has the most upside of any NU lineman. But Stoltenberg was out today, watching in shorts. He probably is the best lineman right now. Akinmoladun began his career as a tight end and has a burst. He looks good, possessing a powerful base. Depth is coming along with Peyton Newell and Khalil Davis. DaiShon Neal was out today. Damian Jackson is a 25-year-old former Navy SEAL. Frosh Deontre Thomas is a young NG to watch, and keep an eye on Ben Stille and Damion Daniels. This unit is coached by the ultra-intense former Husker John Parrella.

3. For this new 3-4 to work, the linebackers need to play well. And, they look good. I like Dedrick Young, who projects to start along with Chris Weber, Marcus Newby and Luke Gifford. This is a big, tough and athletic bunch. They move well, and they need to make plays all over the field. The inside tandem of Young and Weber is the strength of the LB unit.

4. It will be interesting to see how the running back slot sorts out. Devine Ozigbo, Tre Bryant and Mikale Wilbon all look good. Ozigbo has trimmed down by losing weight. He looks good and is running well. He has power. I like Bryant a lot. He?s the most complete back of the options for a Husker attack that is looking to replace Terrell Newby. Wilbon is the shiftiest of the bunch. Keep an eye on true freshman Jaylin Bradley. He could make a move in this derby. These guys are going to have to catch the ball, as the screen game will be a big part of the offense. The staff would like one guy to emerge as the top ball carrier, but no one has separated themselves yet. Stay tuned. My pick: Bryant.

Lots of competition at RB for @HuskerFBNation, including Tre Bryant (left) and Devine Ozigbo. I like Bryant. pic.twitter.com/9XypQokE0p

5. The offensive line has a lot to show. Left guard Jerald Foster is legit. And he lines up next to another top talent in tackle Nick Gates. The right side of the line has power in guard Tanner Farmer and tackle David Knevel, one of the most imposing players in the Big Ten at 6-9, 315. Boe Wilson is pushing Farmer. Cole Conrad is looking good at center but is getting pushed by Michael Decker. Matt Farniok is the third tackle. It?s vital for this group to get a push in the ground game to take pressure off new QB Tanner Lee. The staff likes freshman Brenden Jaimes, but he may redshirt.

BTN Bus Tour #Huskers LOS looked improved but hard to tell watching one practice and no inside run drill.