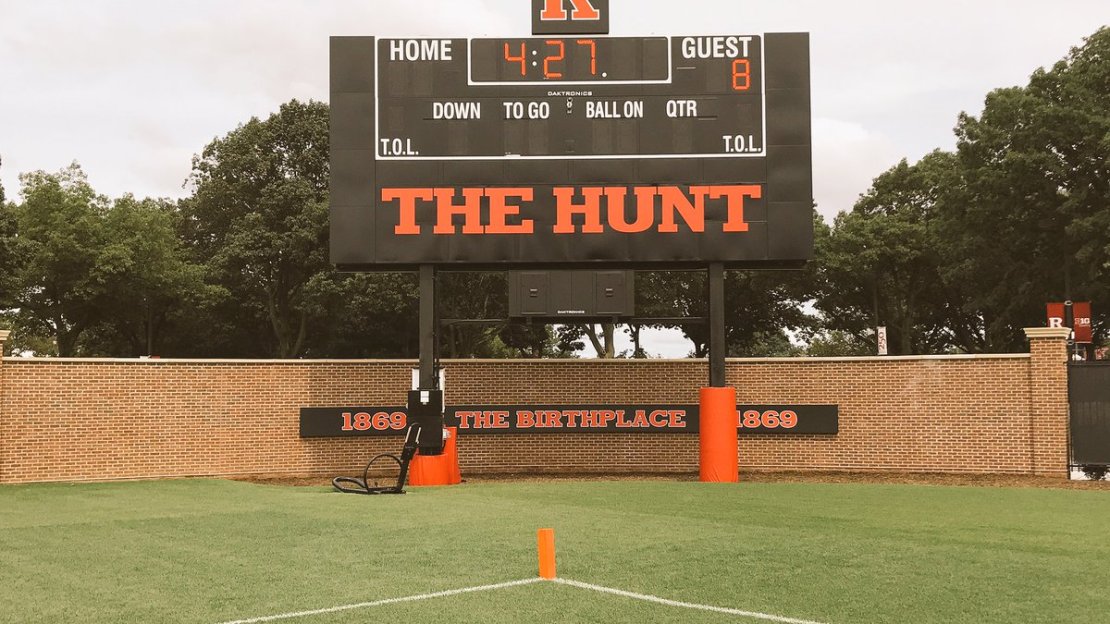 PISCATAWAY, N.J. — We watched Rutgers go through a brisk workout on a cool Tuesday morning. Here are some fun takes.

Most impressive player: RB Gus Edwards. The Miami (Fla.) transfer is a chiseled player at 6-1, 235 pounds. He is a Staten Island, N.Y., native, so he is back closer at home. I wouldn?t be shocked if he wins the job at a crowded RB spot.

Top specimen: DL Sebastian Joseph is a load at 6-4, 305 pounds. And he carries his weight well. The guy has an obvious passion for the weight room.

Loudest coach: Chris Ash can get after it. At one point, he let a group of special teammers have it. ?Do I have to give this talk again ? "

Impressive newcomer: WR Bo Melton is an athletic freak who became an internet sensation with an impressive dunk in the football offices. Rutgers has some good options at wideout, but Melton still may find a spot.

On the rise: Left offensive tackle Tariq Cole is just a junior, but he?s already being whispered about being a top NFL pick. The 6-6, 320-pounder is athletic for his size and moves well. He could be an All-Big Ten player.

Nagging question: Who will be the QB? It?s a three-man battle between Giovanni Rescigno, Louisville transfer Kyle Bolin and true freshman Jonathan Lewis. I like Bolin a lot. He is skilled and experienced. The 6-3, 240-pound Lewis bears a striking physical resemblance to Cardale Jones. Will he redshirt if he doesn't win the post?

Under the radar: LB Deonte Roberts isn?t the biggest guy, but he could be productive for a unit that has a lot to prove. As many as four true freshmen could impact this spot, including Tyshon Fogg.

Rutgers recently cut the ribbon on the $8.5 million Marco Battaglia Practice Complex. The much-needed facility has two Bluegrass practice fields, a FieldTurf field, lights and scoreboards, among other amenities. Jeff and Amy Towers, who have no ties to the state or school, made a $5 million donation for the project and had it named for Battaglia, a former Scarlet Knight tight end great who works at Rutgers in development. Jeff and Amy Towers have a love and affinity for RU. And they do have connections to the Big Ten, as Amy went to Wisconsin and Jeff has deep ties to Nebraska and loves the Huskers. They said the night they took Marco Battaglia to dinner to tell them they wanted to name the facility after him, Battaglia got choked up and was hesitant at first.

The offensive and defensive linemen, linebackers and running backs wear Guardian Caps, a protective shell that fits over the helmet. It?s another layer of protection for the head. Rutgers is the first Big Ten school I have seen to wear these.

This is a Guardian Cap, another layer of protection for the head worn by OL, DL, RB, LB for @RFootball. pic.twitter.com/lM3KRN1ss0

This offense won?t go at a quick pace, like it did last year. Look for more traditional sets and use of a tight end and fullback. The quick three-and-outs really hurt the Scarlet Knight defense last year.

I asked CB Bless Austin after practice who was the toughest guy for him to cover last year. He mentioned Michigan?s Jehu Chesson and Amar Darboh, along with Penn State?s Chris Godwin and Illinois? Malik Turner. Austin told me sophomore Damon Hayes is coming on fast in the secondary.

Chris Ash likes to use the motto "10 strong" to describe how a team is the sum of all its parts–or all 10 position groups.