Chuck Long Q&A: 'I am going Ohio State vs. Northwestern in the Big Ten title game' 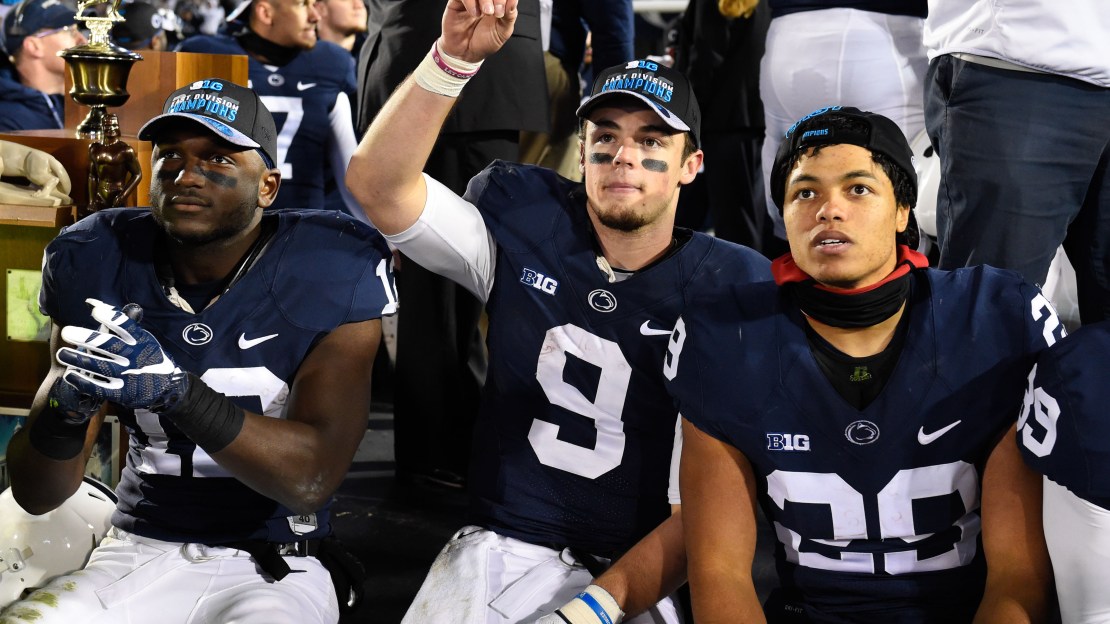 It?s August. And that means just one thing: The college football season is closer. Anticipation builds as pundits pontificate on what they think will unfold in the Big Ten in 2017. I checked in with one of BTN?s top analysts, former Iowa quarterback Chuck Long, to get his views on a variety of subjects.

Q: Can Penn State repeat as Big Ten champs?
A: Absolutely, because they have my favorite quarterback in Trace McSorley. I think he?s the best in the league. Saquon Barkley may be the best player in the country.

Q: Why do you think McSorley is better than Ohio State?s J.T. Barrett?
A: Because of what he did for his team. I think he has a little better accuracy than J.T., but J.T. has been pretty accurate, too.

Q: You worked on the Oklahoma staff with Kevin Wilson. How will the Ohio State offense be different compared to last year?
A: People may not realize how much Kevin likes to run the ball. He is going to make sure he has a 1,000-yard rusher, if not more (than one). He is an offensive line coach. He likes to run. He is very innovative and is one of the smartest coaches I ever have worked with. He will play to J.T.?s strengths. I don?t think they played to his strengths much last year. He just has so much knowledge of the game. His knowledge is hard to match nationally. I think you?ll see a really good run game around J.T. Barrett.

Q: Is there any pressure on Jim Harbaugh?
A: I think there will be if he doesn?t finish higher than third this year in the division. He will be in Year Four next year. They want something in Year Three, but they expect it in Year Four.

Q: Who will win the West?
A: That is a Wisconsin-Northwestern tie. And I am gonna give the edge to Northwestern because of Clayton Thorson?s development and the way he finished last year. And having (Justin) Jackson back, as well. I think Clayton could be the best quarterback in the West. I give an edge to the team with a veteran quarterback.

Q: What do you think of Nebraska as Mike Riley enters his third year?
A: Going from a 4-3 to a 3-4 defense is going to take a little time. But I am a big believer in Bob Diaco. I think he?s an excellent defensive coordinator. They have a new quarterback (Tanner Lee) who is more of a pocket kid, which is what Mike Riley is all about. I think he really struggled with the quarterback run game. He just doesn?t know it. If you don?t know it, don?t run it. But the quarterback is unknown. I see them as a middle-of-the-pack team.

Q: Where does Iowa fit in?
A: They have a chance. The West is always open. I see Iowa with a winning record, but I?m not sure what it would be. I don?t see them getting to nine wins. They have a new offensive coordinator (Brian Ferentz) and quarterback (Nate Stanley). And they are inexperienced on the perimeter at receiver and in the secondary. They struggle to get the ball down field when they need to. They will have a good defense up front and have a good run game. They will have to win a lot of low-scoring type games.

Q: What impact will P.J. Fleck have at Minnesota?
A: He has some energy. You listen to him and you start to believe him. I think he?s the right hire for Minnesota. Jerry Kill was a great hire up there. But they went with a guy who can recruit. The energy he brings ? Minnesota is poised to do some damage. They aren?t there yet. They will need to be what I call a 'chemistry' team to win it this year.