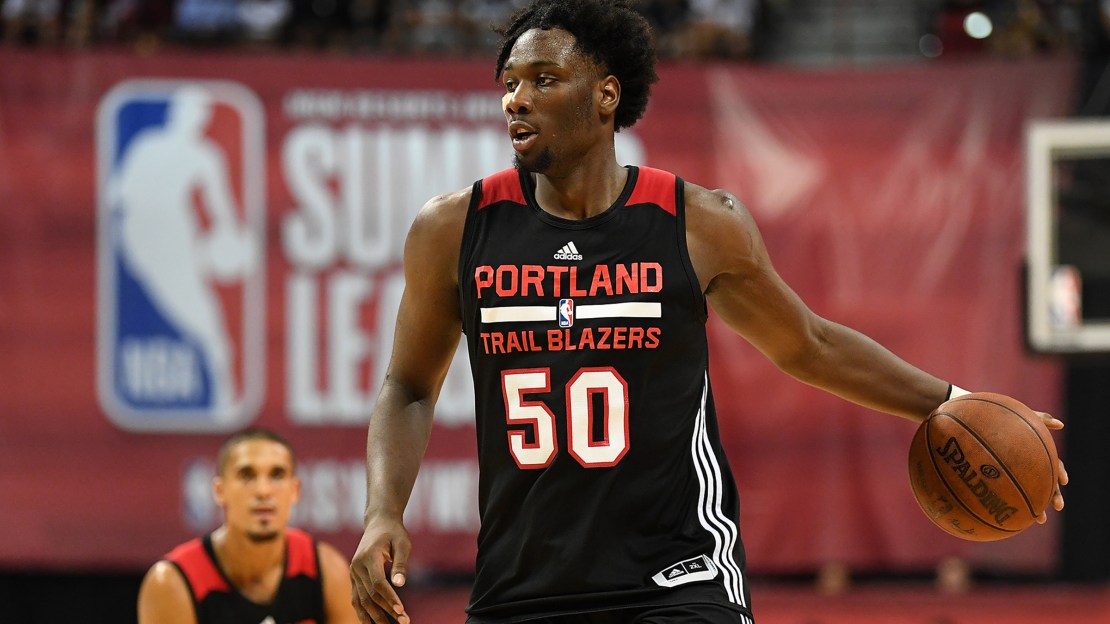 The 2017 NBA Summer League season has passed us by, and believe it or not, Lonzo Ball wasn't the only participant.

The NBA's summer circuit ran from July 1-17, featuring mainly rookies getting their feet wet and players a year or two removed from college who are clawing for a roster spot. Now that we're out from under the shadow of Big Ten Football Media Days, it's a good time to look back and see how some former Big Ten hoopers balled out across the three summer leagues in Orlando, Utah and Vegas.

Below are my five selections for a First Team All-NBA Summer League, comprised only of Big Ten players.

Caleb Swanigan – The former Big Ten Player of the Year for the Boilers and first round pick of the Blazers actually made the real NBA Summer League First Team (and was the only former B1G player to do so) after racking up 16.1 points and 10.6 rebounds per game.

Bryn Forbes – One year removed from his Michigan State career and one year deep into his time with the San Antonio Spurs, Forbes lit up both the Las Vegas (26 ppg) and Utah summer leagues (21 ppg) to earn NBA Summer League Second Team honors.

Brandon Paul – Paul was one of the best stories of the summer, earning his first NBA guaranteed contract with the Spurs following a fantastic few weeks of basketball. It's been four years since Paul graduated from Illinois as one of the most decorated players in program history, but he's never made an NBA roster. His 16.5 ppg average for the Mavericks in the Orlando summer league and 14.3 ppg in Vegas for the Cavaliers caught the eye of Gregg Popovich and San Antonio.

Troy Williams – Williams got some run with the Rockets as a rookie, and his performance this summer mirrored his fabulous production at Indiana. He put up 22 points per game for Houston in the Vegas summer league, swiping 2.2 steals per contest for good measure.

Caris LeVert – The former Michigan standout had a nice rookie season for the Nets, and he got some more reps in with Brooklyn's summer squad. LeVert dropped 16 points per game on 47 percent shooting in Sin City and figures to be a contributor once again in his second NBA season.