Dienhart: A look at the MAC-to-Big Ten coaching pipeline 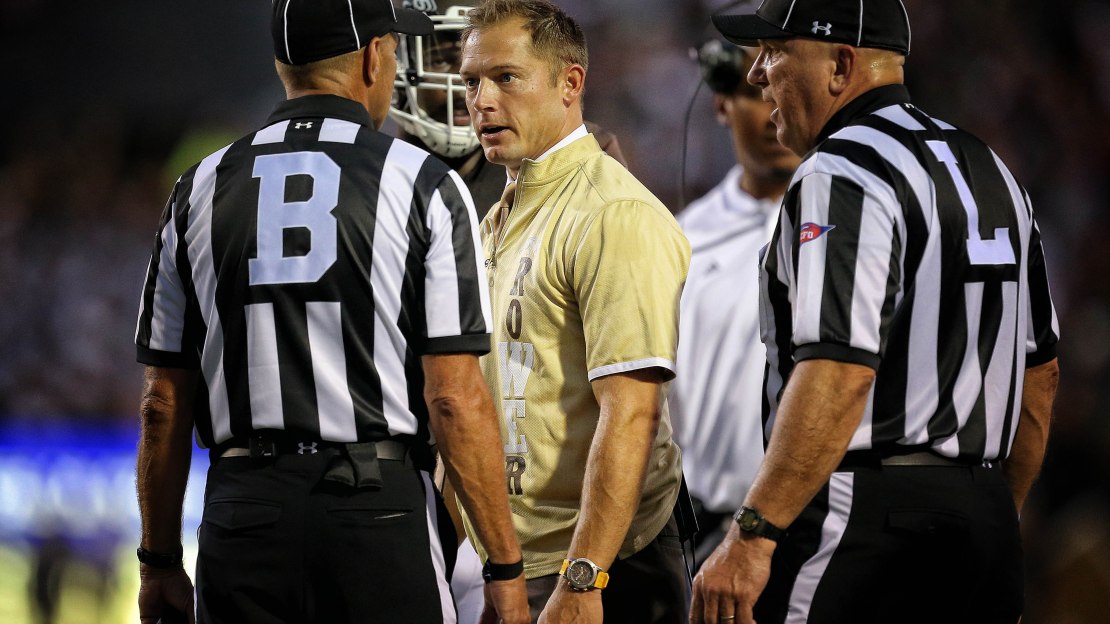 Bo and Woody. No need for last names. These two Big Ten coaching icons are in the same class as American sporting legends like LeBron and Peyton: Identifiable by first name only.

While the world knows Bo Schembechler came to fame coaching Michigan and Woody Hayes at Ohio State, few probably are aware that these two luminaries coached at a MAC school before taking over at their respective Big Ten institutions.

The Mid-American Conference always has been a sort of ?little brother? to the Big Ten, a proving ground of sorts. The two conferences have their roots in the heartland of the nation. And the two leagues often play each other in the non-conference.

In addition to Hayes and Schembechler, the MAC has produced some other fine head coaches who have jumped directly to the Big Ten ? and done very well. Dave McClain enjoyed success at Ball State and took over Wisconsin from 1978-85 before tragically passing away at age 48 of a heart attack in 1986, causing UW to go into a tailspin until Barry Alvarez arrived in 1990. Bill Mallory went from Northern Illinois to Indiana in 1984 and became one of the greatest coaches in IU annals before stepping down after the 1996 season.

The MAC-to-the-Big-Ten path continued in the last offseason, with Western Michigan?s P.J. Fleck taking over at Minnesota after Tracy Claeys wasn't retained. Fleck is coming off a wildly successful run in Kalamazoo, capped by last season?s 13-1 record, MAC championship and Cotton Bowl bid. Fleck went 30-22 in four seasons (21-11 MAC) at Western Michigan with three bowl bids. And he could end up being one of the best direct-to-the-Big-Ten MAC coaches ever.

Here is a look at the last five MAC coaches to jump directly to the Big Ten (listed alphabetically). As you will see, it's a mixed bag.

Tim Beckman, Illinois. This did not go well. Illinois hired Beckman from Toledo, where he showed potential by going 21-16 overall and 17-7 in the MAC with two bowl bids and a West Division title from 2009-11. Beckman took over in Champaign in 2012 and improved his record each of his three seasons but ultimately lost his job amid accusations of player mistreatment. Beckman went 12-25 overall and 4-20 in the Big Ten with one bowl bid after following Ron Zook.

Darrell Hazell, Purdue. There is just no way to sugarcoat this: Hazell was one of the worst hires in the last 25 years in the Big Ten. He looked like a miracle worker in two years at Kent State, a coaching grave yard where Hazell thrived by going 16-10 overall and 12-4 in the MAC from 2011-12. The 2012 season was spectacular, as the Golden Flashes went 11-3 overall and 8-0 in the MAC, almost earning a major bowl bid. Hazell then left for Purdue, where he never gained traction and was spectacularly bad in going 9-33 overall and 3-24 in the Big Ten after taking for Danny Hope. Hazell was fired last October.

Terry Hoeppner, Indiana. The late Hoeppner is the coach who began to flip the script at Indiana, going 9-14 overall and 4-12 in the Big Ten from 2005-06 before health issues forced him to step down. He subsequently passed away in 2007 of brain cancer at age 59, as Bill Lynch took over and finished Hoeppner's job by leading Indiana to its first bowl since 1993 that season. Before arriving at IU, Hoeppner was wildly successful at Miami (Ohio) from 1999-2004, forging a 48-25 overall record and a 37-11 MAC mark with two bowls and 2003 MAC championship. He was hired to replace Gerry DiNardo.

Jerry Kill, Minnesota. Kill spent three years at Northern Illinois (2008-2010) and went 23-16 overall and 18-6 in the MAC. He earned three bowl bids and a West Division title while in DeKalb. Kill went on a near five-year run at Minnesota in which he reversed the program?s fortunes after the Tim Brewster era and made the Gophers a contender in the Big Ten West. Kill went 29-29 overall and 14-21 in Big Ten play with three bowl bids before health issues forced him to step down seven games into the 2015 season. He is now offensive coordinator at Rutgers.