How Michigan Football is making a B1G impact on area youth: BTN LiveBIG 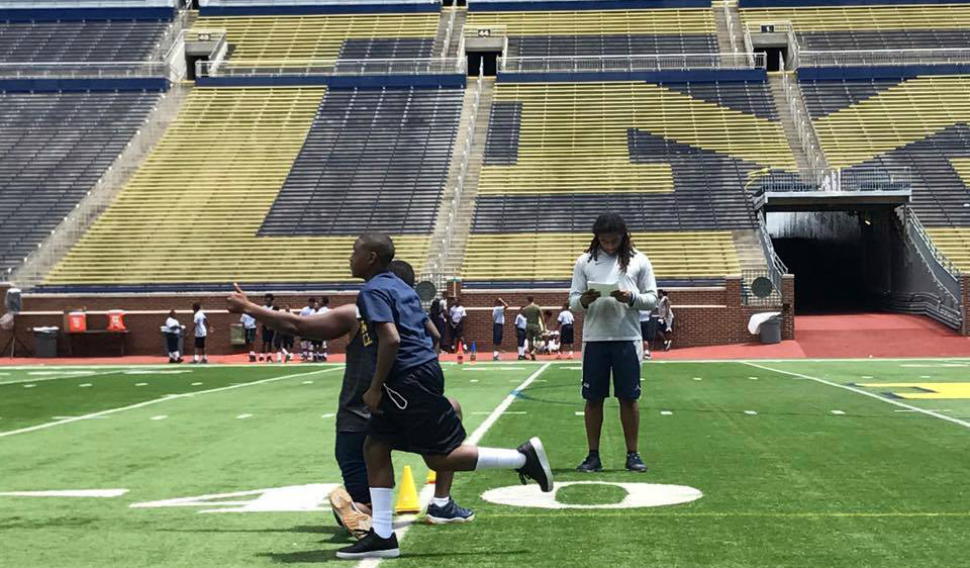 Riki Ellison knows that there is much more to football than what is seen on TV. A ten year veteran of the NFL and three-time Super Bowl Champion, Ellison had witnessed the transformative power of the sport first hand.

Looking for a way to give back in his post-playing career, the star linebacker turned to the game that had given him so much, starting the Youth Impact Program (YIP) as a way to bring universities and NFL teams together to mentor and guide at-risk middle school-aged boys.

According to the YIP website, the program was ?developed and implemented to target middle school male students who are resistant to or uncomfortable in classic learning environments and designed to help with issues that the students face in inner-city public schools through academic support, guidance counseling, character development, and social interaction activities and nutrition.?

Students who participate in the free-of-charge YIP summer program, which is held on-site at twelve university campuses including the University of Michigan, University of Maryland and Northwestern University, receive 60 hours of classroom time and 20 hours of football and fitness training. YIP camps are staffed by NCAA athletes, public school teachers, NFL coaches and university officials who use the language of football to teach students a STEM-based curriculum.

"The impact of the program [develops] leadership skills so the students can have the courage and confidence to make the right decisions at the right time under stress and confrontation," said Ellison, speaking to the MGoBlue website in 2015. "The program enables trust and strong relationships over sustained periods of time that these at-risk boys do not have with men five years from their age, some from their same background that they idolize.

YIP is especially close to the University of Michigan football program, who this month are hosting students on campus and at the UM football stadium, nicknamed the Big House. Jack Harbaugh, father of head coach Jim, has actively participated in YIP for years. Speaking to the Detroit News in 2016, Harbaugh remembers the moment he saw the young men step off the bus and onto the field.

?You looked into their eyes and saw this excitement about being on the campus at the University of Michigan and in the Big House and to be surrounded by the sophomore class of football players who they had heard about and now they?re in their presence.?