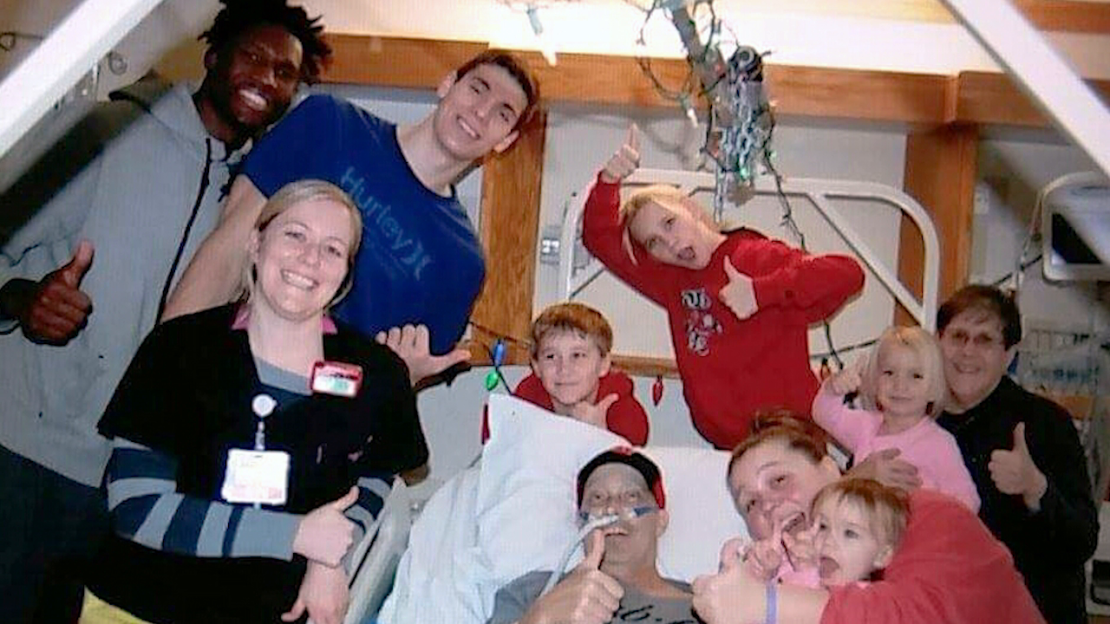 Nigel Hayes probably didn?t make the best first impression with his newest fan base, calling New York a ?dirty? city with ?too many people? before a Wisconsin game at Madison Square Garden in March. He was signed to a summer contract by the New York Knicks last week.

But Knicks fans can get over it, because Hayes has proven the quality of his character time and time again.

The undrafted Hayes? chances of making the Knicks or another NBA team?s roster out of Summer League can be debated, but his track record of doing legitimate good off the court can?t be. Hayes? habit of unprompted humanitarianism was well-documented throughout his four years at Wisconsin, highlighted on BTN Journey?s feature on his relationship with a local family and its dying father.

But perhaps the most lasting example of his philanthropy is the B1G Day initiative-Wisconsin basketball?s wish-granting program for children with life-threatening illnesses-that Hayes encouraged the Badgers athletic department to implement and build upon.

The Wisconsin basketball program had been orchestrating wish experiences with patients at Madison's American Family Children?s Hospital in seasons prior, and Hayes wanted them to happen more frequently. The B1G Day initiative came to be during the 2016-17 basketball season as an extension of an already existing Wish Upon a Badger program, which grants wish experiences to young fans of all Wisconsin sports and was inspired by the Make-a-Wish Foundation. And the Wish Upon a Badger program is just a part of the larger Badgers Give Back program, which does community outreach all throughout Madison alongside volunteer Wisconsin athletes.

Almost every school does community outreach to some degree with their athletes, and all those endeavors are commendable. But with their high level of organization and sheer number of heartwarming experiences they?re able to execute, Wisconsin?s efforts stand out as especially proactive and beneficial.

According to Wisconsin Director of Community Relations Jackie Davenport, Badger head coach Greg Gard worked with his team and the basketball administration to pull off events more frequently once Hayes pushed to host kids at games more often.

"I had come across other things that players from around the country have done with their community service,? Hayes told uwbadgers.com. ?It usually involves one child, but I wanted the opportunity (to attend a Badger game and meet the team) to be available to more than just one child. My mother always told me to give back when I can. So this was the best way I thought I could give back to many."

You can watch and get the details behind the Wish experiences that the Wisconsin basketball program was able to put together here. And that was just the first season of an initiative that is scheduled to continue with the Badgers as Hayes moves on to the pros.

"The experiences were perfect in their timing," Hayes told uwbadgers.com. "When we would have a guest come and we'd lose a game, it quickly put everything into perspective. We were sitting in the locker room upset about a loss, then in walks a child who is fighting for their life. Then, we quickly realize it's just a game and there are more important things in the world."

Athletes can dish out platitudes almost as well as they can play, but the beauty of these types of experiences is that they?re immune to oversaturation. They never get old for all involved, especially for those whose wishes are being granted. A re-hashing of such an experience from a guy like Hayes is never in danger of slipping into cliché, because initiatives like B1G Day generate an emotional response that's as meaningful you can get from the world of sports.

Athletic departments don?t have to go above and beyond for the public good. They can satisfy minimum feel-good PR requirements and go about their business, and athletes are free to put their heads down and do the same.

But when the altruism reaches the level Wisconsin and Nigel Hayes have displayed, they deserve so much credit.