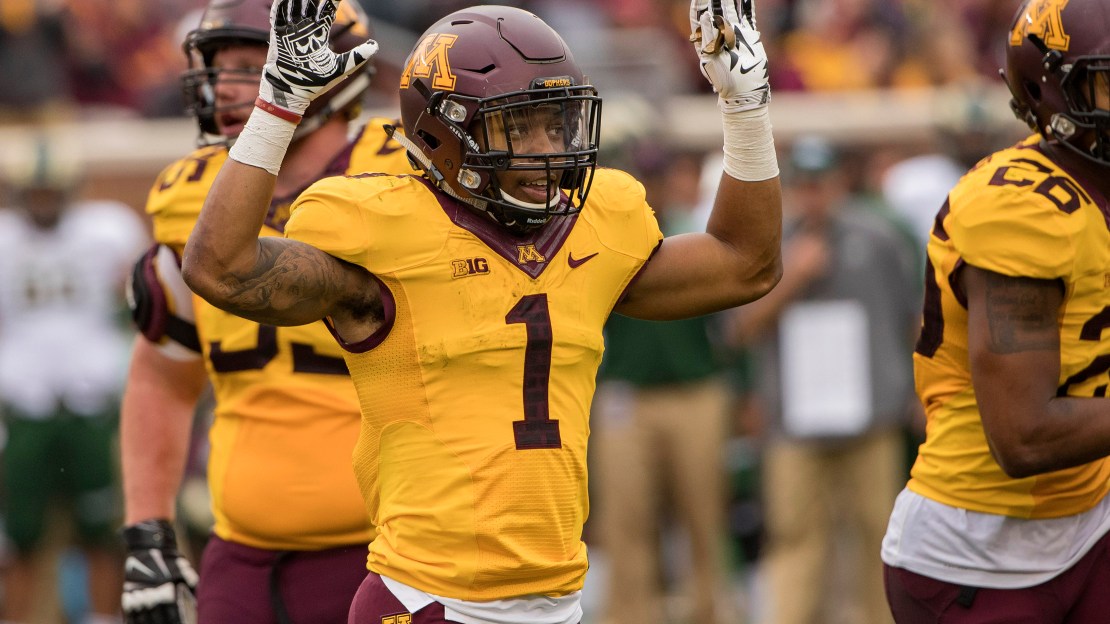 Few things get fans more excited than an upset. Most will fondly recall the time their school knocked off a team that it was supposed to lose to. Some upsets of note of recent vintage are Michigan State taking down Ohio State in Columbus in 2015. And who can forget Penn State topping the Buckeyes last season?

Here is my pick for the best chance for each team to pull an upset in 2017.

Illinois: at Minnesota, Oct. 21. The Fighting Illini will be underdogs on many occasions this fall. But perhaps they can take down Minnesota when they travel to Minneapolis. The Golden Gophers have a new coach in Illinois native P.J. Fleck, who has some work to do. Who will be the QB for Minnesota? And questions loom at receiver and in the secondary, too. Perhaps ? just maybe ? Illinois can steal this one.

Indiana: at Michigan State, Oct. 21. The Hoosiers toppled Michigan State last season, taking a 24-21 decision in Bloomington to claim the Old Brass Spittoon for the first time since 2006. Perhaps the Hoosiers can do it again. The Spartans are a bit of a mystery coming off a disappointing 3-9 season that saw the program miss the postseason for the first time since 2006. A big key for Indiana will be how well its defense is playing. Fast fact: The Hoosiers haven?t won in Spartan Stadium since 2001.

Iowa: at Northwestern, Oct. 22. The Hawkeyes figure to be an underdog when they play at Northwestern on Oct. 22, as the Wildcats have a veteran squad led by QB Clayton Thorson and RB Justin Jackson. By mid-October, the Hawkeyes should be settled at the quarterback spot, and the d-line and secondary should be developed, too. Iowa won the last time it visited Evanston in 2015.

Maryland: at Michigan State, Nov. 18. Questions hang over the Spartans, who are coming off a 3-9 season and missed a bowl for the first time since 2006 and first time ever under Mark Dantonio. MSU is 2-1 vs. Maryland since the Terps joined the Big Ten, but Maryland won last year vs. the Spartans.

Michigan: at Penn State, Oct. 21. Jim Harbaugh?s crew won?t be an underdog often. But it probably will be when it ventures to Happy Valley. The Wolverines have won the last three meetings vs. the Nittany Lions, including a 28-16 victory in Beaver Stadium in 2015. Penn State will be motivated to reverse the tide in this series, as it tries to defend its Big Ten title.

Michigan State: at Northwestern, Oct. 28. The Wildcats may be the favorite in the Big Ten West. But the Spartans could leave Evanston with a win, especially if the line play on both sides of the ball has developed and MSU is getting consistent play at quarterback. NU has won two of the last three vs. Michigan State, but the Spartans have won the last five meetings in Evanston dating to a Wildcat win in 2001.

Minnesota: vs. Nebraska, Nov. 11. The Huskers will have a new quarterback and a new 3-4 defensive scheme. How will it all play out by November? A big issue for the Gophers is the fact this game falls between road trips to Michigan and to Northwestern. The Cornhuskers have won the last two games, but Minnesota won the two before that.

Nebraska: at Oregon, Sept. 9. The Huskers beat the Ducks last year in Lincoln, 35-32, as Oregon went on to finish 4-8 and miss a bowl for the first time since 2004. UO coach Mark Helfrich was fired and the school tabbed Willie Taggart from South Florida to assume command. You know the Ducks want revenge. NU coach Mike Riley knows Oregon well from his days as head coach at Oregon State. Overall, Riley is 6-11 vs. the Ducks.

Northwestern: at Nebraska, Nov. 4. The Wildcats won the last time they visited Memorial Stadium in 2015. They also won at Nebraska in 2011, making Northwestern 2-1 all-time in Lincoln. Both of these teams have their sights set on winning the West, so it should be a fun clash in what has become one of the better rivalries in the Big Ten West.

Ohio State: at Michigan, Nov. 25. The Buckeyes may be favored in every game this season. But they could be underdogs for the finale at Michigan. So much could be on the line in that game at the Big House. Maybe the Big Ten East title? Maybe a possible playoff berth? Who knows? No doubt, the Wolverines will be motivated to end their misery vs. the Buckeyes, as they have gone 1-12 in the last 13 meetings vs. Ohio State.

Penn State: vs. Ohio State, Oct. 28. Penn State may be able to beat the Buckeyes for a second time in a row if its offense is humming like it was last year. Does Ohio State have the firepower to keep up with the Penn State attack? Probably not. But know this: The Nittany Lions haven?t beaten Ohio State in consecutive meetings since they joined the Big Ten. Penn State?s last back-to-back triumphs vs. Ohio State? In 1978 and 1980.

Purdue: at Northwestern, Nov. 11. Maybe the Boilermakers can find a way to shock Northwestern when they visit Evanston. NU has won three in a row in the series and has the makings of a good team in 2017. But maybe by this time of the season, Purdue will have found a groove. Maybe. The Boilermakers last beat NU in 2010, taking a 20-17 decision at Ryan Field.

Rutgers: vs. Michigan State, Nov. 25. Questions loom over the Spartans, who are coming off a sobering 3-9 season and missed a bowl for the first time since 2006. MSU has won all three meetings between these schools since Rutgers joined the Big Ten, outscoring RU 125-27.

Wisconsin: at Nebraska, Oct. 7. Let?s assume Wisconsin will be an underdog when it goes to Lincoln, Nebraska. You have to like the Badgers? chances to leave Lincoln with a victory. Wisconsin has been a nemesis of sorts for Nebraska, the program the Huskers much catch if they want to rule the West and win a conference title for the first time since 1999. Wisconsin has won four in a row vs. the Cornhuskers and five of six.