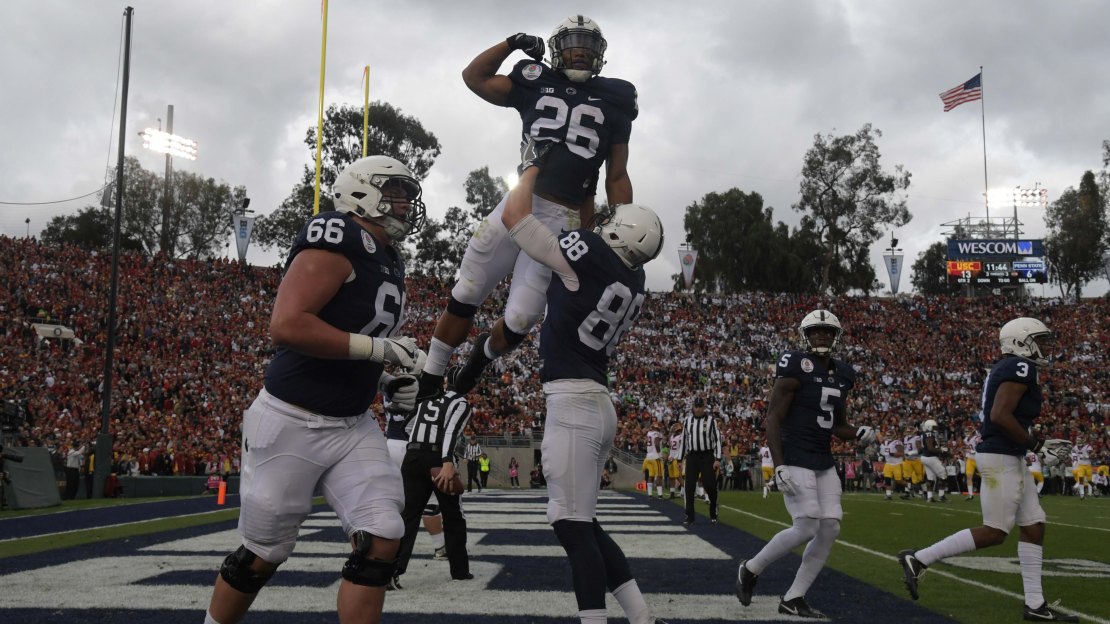 They are on every schedule-even your school?s. They are the easy games. You know, games that look like a sure win. Some call them ?creampuff games? or ?layups.?

Here is my pick for each Big Ten school's easiest game this season.

Illinois: vs. Rutgers, Oct. 14. It?s difficult to call any game ?easy? for a program coming off a 3-9 season in Lovie Smith?s debut. But, you have to like Illinois? chances when Rutgers comes to Champaign. The Scarlet Knights are in Year Two of a rebuild under Chris Ash, going 2-10 last year and finishing with nine defeats in succession. Illinois won at Rutgers last season, 24-7. So, hey, this could be a fun Saturday for Illinois.

Indiana: vs. Georgia Southern, Sept. 23. There are few, if any, easy games for IU. But the Sun Belt foe and relatively new FBS program (2014) is coming off a lackluster 5-7 season. The Eagles have a lot of good history as a FCS school, for what it's worth, having won six national titles as a member of the Southern Conference.

Iowa: vs. North Texas, Sept. 16. This game should offer a respite, as it comes between a trip to Iowa State and visit from Penn State. North Texas-where Hayden Fry coached before getting the Iowa job–went 5-8 last season and has been to just two bowls since 2004. Time to get fat and happy, Herky.

Maryland: vs. Towson, Sept. 9. The visit from a nearby opponent should be just what the doctor ordered coming off the season-opening junket to Texas. The Big Ten doesn?t want its members to play FCS schools. But, what the heck. Not only is Towson a FCS team ? it?s a bad FCS team, going 4-7 last year. Cue the Maryland fight song.

Michigan: vs. Rutgers, Oct. 28. This visit from the Scarlet Knights should be a layup. The Wolverines have won the last two in the series by an aggregate score of 127-16. Last year, Michigan won ? 78-0. This is the Roadrunner vs. the Coyote.

Michigan State: vs. Bowling Green, Sept. 2. The Falcons are coming off a disappointing 4-8 season. A rousing season-opening triumph is just what a Michigan State program coming off a 3-9 season needs. The Spartans are 2-0 all-time vs. BGSU, last playing in 2007.

Minnesota: vs. Buffalo, Aug. 31. The season opener on a Thursday night vs. Buffalo from the MAC should allow P.J. Fleck to enjoy a nice debut. Lance Leipold won six Division III national titles at Wisconsin-Whitewater. But he?s just 7-17 in two seasons at Buffalo.

Nebraska: vs. Rutgers, Sept. 23. The visit from the Scarlet Knights may be even easier than the season-opening home game Sept. 2 vs. Sun Belt foe Arkansas State, which has gone to bowls in each of the last six seasons and will be paid $1.65 million for coming to Lincoln. NU beat ASU in 2009 and 2012. Rutgers in the midst of building coming off a 2-10 debut under Chris Ash that saw Rutgers lose its last nine games of 2016. Nebraska is 3-0 all-time vs. the Scarlet Knights, winning in 2014 and 2015 as Big Ten foes.

Northwestern: vs. Nevada, Sept. 2. The season-opening visit from the Mountain West foe should allow for a fast start. The Wolf Pack are coming off a 5-7 season and have a new coach in former Iowa defensive back Jay Norvell. Still, this is a proud Nevada program that has been to 10 bowls since 2005. Be careful, Cats.

Ohio State: vs. Army, Sept. 16. Let?s go with Army?s visit to the Horseshoe, the first ever meeting between these schools. The Black Knights have some mojo under Jeff Monken, coming off an 8-5 season, a bowl victory and their first win vs. Navy since 2001. The visit from UNLV the next week on Sept. 23 also should be a breeze, as the Rebels have been to just two bowls since 1994. UNLV has just one winning season (2013) since 2000. Ohio State never has played the Rebels.

Penn State: vs. Georgia State, Sept. 16. This should be a breeze. The Panthers just started playing football in 2010 and are in their sixth season as a FBS program with one bowl appearance. Georgia State went 3-9 last year and hasn?t posted a winning mark since a 6-5 debut in 2010. Penn State should be able to empty the bench and name the score.

Purdue: vs. Illinois, Nov. 4. No game is ?easy? for a program that has won nine games in the last four years with just three Big Ten victories-with only one of those coming at home. But the visit from Illinois in a battle for the Cannon offers some hope for Purdue. Deposed Boilermaker coach Darrell Hazell went 3-24 in the Big Ten from 2013-16-but two of those victories were vs. Illinois, including a 34-31 OT win in Champaign in 2016.

Rutgers: vs. Morgan State, Sept. 16. The Big Ten doesn?t want its schools playing FCS foes. But A building Rutgers program needs all the victories and confidence it can get. And with wins likely difficult to come by in 2017, this will be a good chance for Rutgers to notch a victory ? and have a good time doing it. Maybe even the backup long snapper will get into this game.

Wisconsin: vs. Florida Atlantic, Sept. 9. The season opener vs. Utah State on should not be too taxing. But let?s opt for the next game vs. Lane Kiffin's new team. Once the fastest-rising coaching star in America, Kiffin finds his career in reverse at age 42. The man who once coached the Raiders, Tennessee and USC and most recently was offensive coordinator at Alabama is now running a C-USA program.