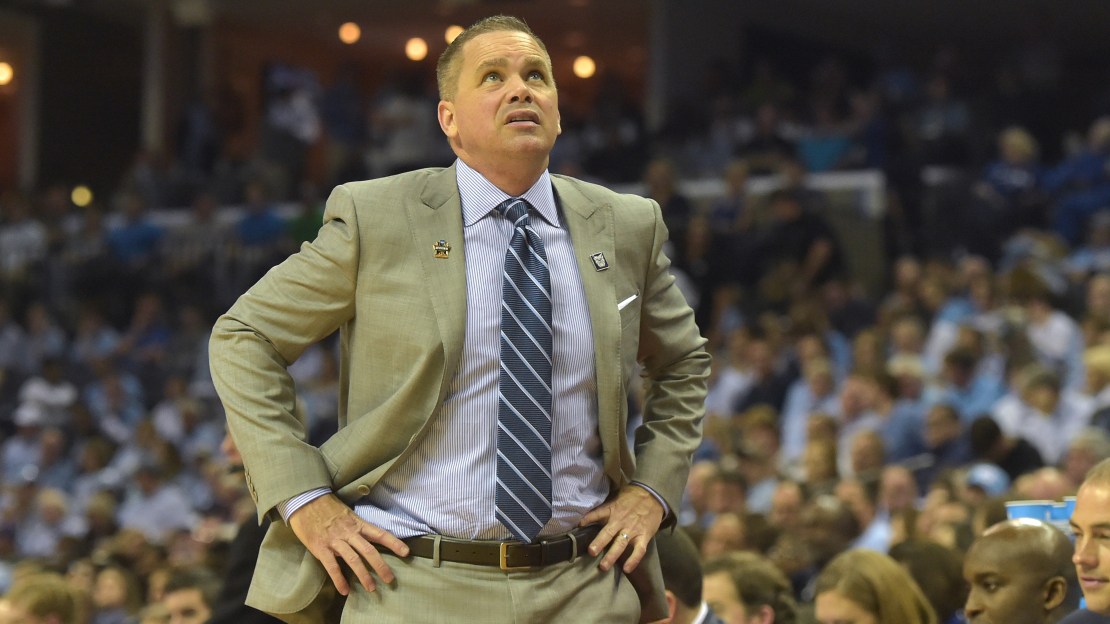 It didn?t take Ohio State long to find its new coach. The Buckeyes have tabbed Butler?s Chris Holtmann for the job to replace Thad Matta.

Holtmann had big success in three seasons at Butler, going 70-31 overall and 34-20 in the Big East. Last season was his best, as the Bulldogs went 25-9 overall and finished second in the Big East with a 12-6 mark. Butler advanced to the Sweet 16 and Holtmann earned league coach of the year honors.

Holtmann, who inked an eight-year contract worth about $3 million annually, is the latest Butler coach to move on. The place is a head coaching factory. Barry Collier left to coach Nebraska in 2000; Matta left to coach Xavier in 2001 before landing the Ohio State job in 2004; Todd Lickliter left to coach Iowa in 2007; Brad Stevens left to coach the Boston Celtics in 2012. Now, Holtmann is off to bigger and better things, joining Illinois' Brad Underwood and Indiana's Archie Miller as the new coaches in the Big Ten.

?Chris is focused on academics, is a high-integrity person, a relentless recruiter with Midwestern ties and a proven winner,? Ohio State AD Gene Smith said in a press release.

But the Buckeyes have fallen on difficult times, missing the NCAA tourney the last two years. In fact, Ohio State missed the postseason entirely last season after going 17-15 overall and 7-11 in the Big Ten. The last time OSU missed the postseason was in Matta?s first season in Columbus, when the program was on probation and ineligible from the Jim O?Brien era. The Buckeyes last missed the NCAA tourney two seasons in a row during a three-year dry spell from 2003-05.

Ohio State has endured a lot of roster attrition in recent years. A decorated five-man 2015 recruiting class has vanished. Holtmann must fortify a roster that needs an upgrade-and more players, as only nine scholarship athletes are on board.

Prior to landing the head coach post for the Bulldogs in 2014, Holtmann was an assistant from 2013-14 with Butler. He was promoted to the top job the next season, assuming command from Brandon Miller who had medical issues.

Before working in Indianapolis, Holtmann led Gardner-Webb for three seasons from 2011-13, compiling a 44-54 record. His best season was his final one, going 21-13 and finishing second in the Big South with a CIT berth while earning league coach of the year accolades.

The 45-year-old Holtmann is a native of Nicholasville, Kentucky, who cut his teeth as an assistant at Ohio from 2008-10, working under John Groce who would become Illinois coach. Holtmann also worked at Geneva and Taylor, where he was a guard from 1990-94 alongside Groce.