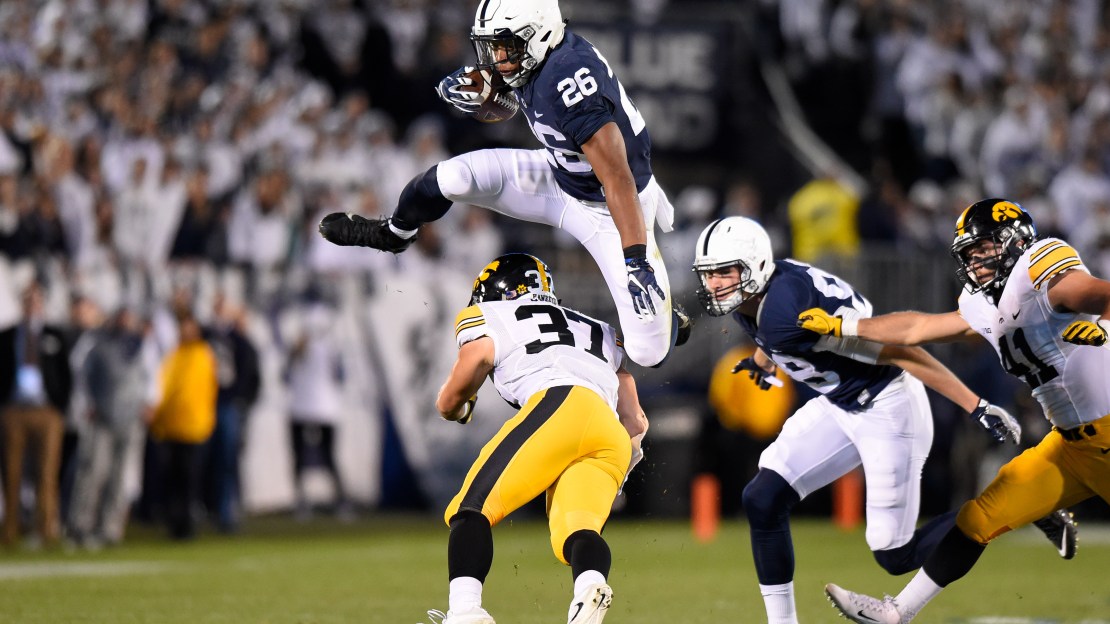 Big Ten action picks up in Week 4, which also is dotted with a few interesting non-league games.

Keep an eye on Notre Dame?s visit to Michigan State, which will be a good test for the Spartans after opening at home vs. MAC foes Bowling Green and Western Michigan. Last year, the Spartans toppled the Fighting Irish, who endured a disappointing 4-8 campaign. That was Notre Dame?s worst record since going 3-9 in 2007 under Charlie Weis. In fact, last year was the first losing season in Brian Kelly?s seven years in South Bend. ND had won three in a row vs. MSU before falling 36-28 in 2016.

Michigan and Purdue take the lid off their Big Ten seasons when they meet in Ross-Ade Stadium. The Wolverines and Boilers haven?t met since 2012. Michigan has won the last three in the series, including the last two in West Lafayette. Purdue last toppled the Wolverines in 2009-in Ann Arbor, no less.

In another league game, Rutgers goes to Nebraska. The Scarlet Knights are in the midst of building coming off a 2-10 debut under Chris Ash that saw Rutgers lose its last nine games of 2016. Nebraska is 3-0 all-time vs. the Scarlet Knights, winning in 2014 and 2015 as Big Ten foes.

Ohio State has a visit from UNLV, which should be a breeze as the Rebels have been to just two bowls since 1994. UNLV has just one winning season (2013) since 2000. Ohio State never has played the Rebels.

Indiana should have smooth sailing when Georgia Southern of the Sun Belt comes to Bloomington. Coming off a 5-7 season, the Eagles have been a FBS program a short time, joining the ranks in 2014. But Georgia Southern has a lot of good history as a FCS school, having won six national titles as a member of the Southern Conference. Don?t overlook this team.

Wisconsin, Minnesota, Northwestern and Illinois are off.

Here is the Best of Week 4.

Best game: Penn State heads to Iowa in a very interesting game that is the Big Ten opener for each school. The Nittany Lions have won three in a row vs. the Hawkeyes and won the last time in Iowa City in 2012. Still, Iowa is a difficult out in Kinnick Stadium. This will be a great test for the defending Big Ten champion Nittany Lions.

Best quarterback matchup: Michigan?s Wilton Speight vs. Purdue?s David Blough. Speight enjoyed a solid debut as the Wolverines starter in 2016. He was an All-Big Ten third-team selection by the coaches and media, completing 204-of-331 passes (61.6 percent) for 2,538 yards and 18 touchdowns with seven interceptions. Blough was a passing machine in 2016, tossing 25 TD passes with 3,352 yards passing. But he had 21 picks. Still, Blough could be poised for big things under a new offensive-minded staff.

Best head coach matchup: How about Notre Dame?s Brian Kelly vs. Michigan State?s Mark Dantonio? Perfect. These are two sage coaches with a lot of success in their backgrounds. Kelly may be facing some pressure coming off a 4-8 season. It was ND?s worst since a 3-9 record in 2007 under Charlie Weis, a coach you never want to be mentioned with in the same breath. And Dantonio also is looking for some mojo coming off a 3-9 mark, the program?s worst under his stewardship. Can he get the Spartans back on track?

Best coordinator clash: It will be fun to watch Penn State offensive coordinator Joe Moorhead battle Iowa defensive coordinator Phil Parker. Moorhead led an offensive juggernaut in 2016 which broke the Penn State record for total offense (6,056) and passing yards (3,650) and tied the school record for points scored (526), helping the Nittany Lions to the 2016 Big Ten title. Parker?s defense in 2016 ranked 13th in the nation in scoring and red zone defense, 19th in pass-efficiency defense and 23rd in total defense.

Best matchup: Watch Iowa LB Josey Jewell try to contain Penn State RB Saquon Barkley. Jewell ranked No. 2 in the Big Ten in tackles in 2016 (9.5 pg). He is an active force and one of the Big Ten?s best at his position. Barkley may be the nation?s top back, ranking No. 2 in the Big Ten in rushing year last season with 1,496 yards. He has his eyes on the Heisman.

Best chance for an upset: Central Florida comes to College Park, Maryland. And the Terrapins need to be careful. The Golden Knights went 6-7 last season and played in a bowl, but this is a rising program under second-year coach Scott Frost. Maryland needed double overtime to beat UCF last year in Orlando, 30-24.

Player on the spot: Michigan State QB Brian Lewerke needs to shine if he wants to lead the Spartans to victory vs. Notre Dame. MSU needs better play from under center, as Lewerke already has been anointed the starter. He saw action in just four games last season, throwing 57 passes.