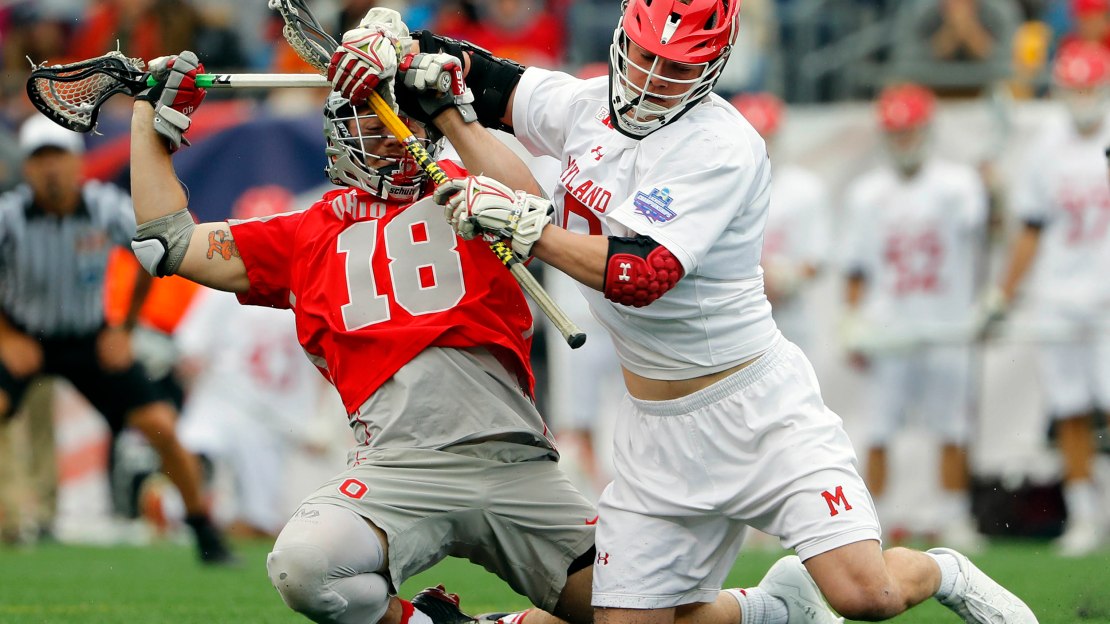 It also gave Maryland the rare pair of lacrosse titles in 2017 as Maryland's women's team also won an NCAA title on Sunday.

Maryland's men had lost in the NCAA title game nine times before this win. Their last title victory? It was a 20-13 win over Navy in 1975.

On Monday, Ohio State opened the scoring to lead 1-0 but Maryland's defense proved to be too much for the rugged Buckeyes, who were making their first appearance in the NCAA title game. This season, the two teams had met twice before and both games were decided by one goal.

Watch every goal in order below.

Austin Shanks has the first goal of the #NCAALax Championship. @OhioState_MLAX takes the early lead. pic.twitter.com/mx80BjC5ca

Connor Kelly around the cage for @TerpsMLAX's first lead!

Matt Rambo slo-mo GIFs are the best GIFs. @TerpsMLAX in the drivers' seat for its third national championship #NCAALax pic.twitter.com/CvsXrMkpVs