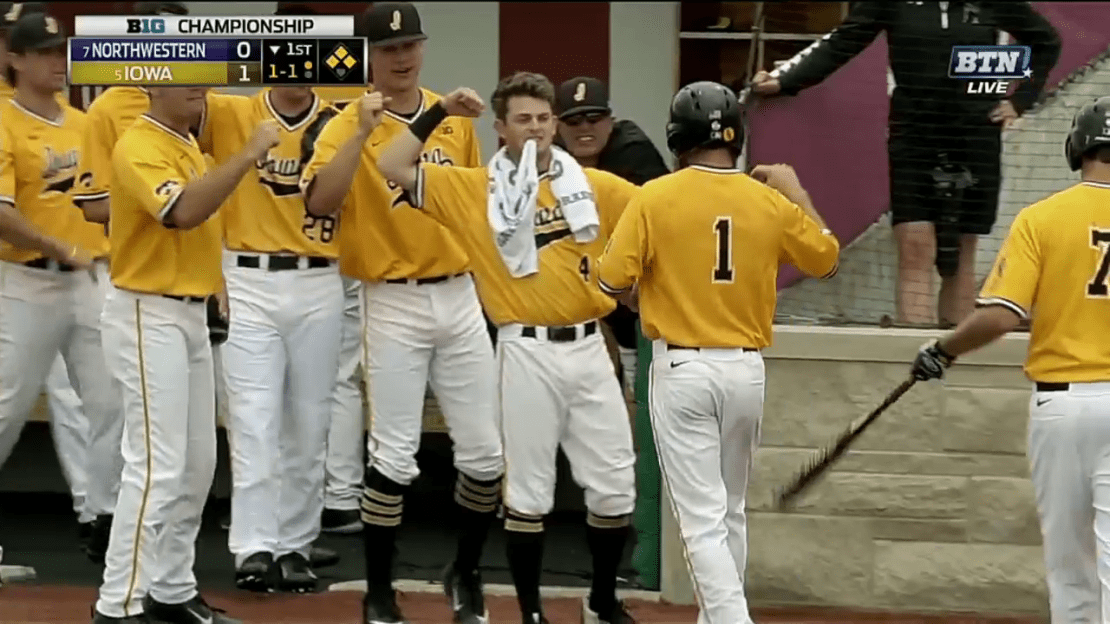 One day after Iowa won the Big Ten's baseball tourney, the conference placed five teams in the 2017 NCAA Baseball Tournament for the second time. The conference sent a record-high five to the tourney in 2015.

In addition to Iowa, the Big Ten sends Nebraska, Indiana, Maryland and Michigan. According to the NCAA baseball committee, Michigan was one of the last four of the 64 teams selected

Here is the entire NCAA baseball bracket at NCAA.com.

Iowa won the 2017 Big Ten Baseball Tournament by beating Northwestern in the championship game. Relive the tourney as we have highlights from that game and all of the others. In the Houston Regional, fourth-seeded Iowa will take on top-seeded Houston. The winner will advance to play either Baylor or Texas A&M. Iowa will play in the NCAA Tournament for the fifth time, including its second berth in the past three seasons.

The second-seeded Hoosiers will take on North Carolina State in the Lexington Regional with the winner advancing to play either Kentucky or Ohio. Indiana is headed to the NCAA Tournament for the seventh time and first since 2015.

Third-seeded Maryland will take on second-seeded West Virginia in the Winston-Salem Regional. The winner will face either top-seeded Wake Forest or UMBC. The Terrapins are making their sixth appearance in the NCAA Tournament and third in the past four seasons.

Michigan earned the No. 3 seed in the Chapel Hill regional and will face second-seeded Florida Gulf Coast. The winner will take on top-seeded North Carolina or Davidson. The Wolverines will be making their 23rd appearance in the NCAA Tournament and the first since 2015.

Second-seeded Nebraska will play in the Corvallis Regional and will take on third-seeded Yale. The winner will advance to play either top-seeded Oregon State or Holy Cross. The Huskers are making their 15th appearance in the NCAA Tournament, including its second straight appearance at-large berth.

Nebraska made its 15th NCAA Regional appearance in program historians the Huskers will be the No. 2 seed in the Corvallis Regional.