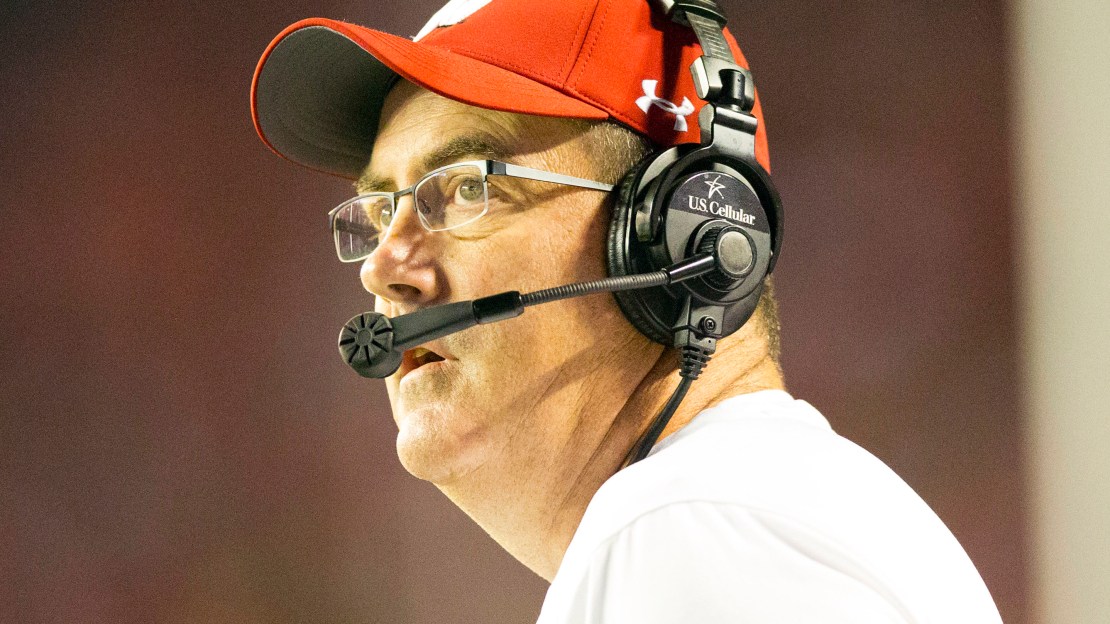 A coach never wants to build a program around junior college players. But they can be valuable to help fill in gaps on a roster, especially during the building process. And the Big Ten will feature several interesting JC transfers.

Here are the schools that figure to be impacted the most by junior college transfers this fall.

The Fighting Illini are counting on Del'Shawn Phillips from NJCAA champion Garden City CC to start at a linebacker spot. And Phillips' teammate, QB Dwayne Lawson, is verbally committed but needs to get his associates degree at Garden City this summer to be able to enroll at Illinois. Many fingers are crossed among Illini fans that Lawson arrives, as the quarterback spot is a grave concern in Champaign.

Former Austrailian Rules Football player Haydon Whitehead has claimed the punting job in Bloomington. The Aussie is from Swinburne University of Technology and trained at Prokick. Also, keep an eye on LB Mike McGinnis from ASA College in New York. He may not start right away but will impact at some level.

It's no secret that Iowa needs help at wideout. Nick Easley of Iowa Western CC will help–at least that's the hope. Easley was a first-team All-American with 72 receptions for 954 yards last season. He needs to stretch defenses to open up this often plodding offense.

The Terps have a few JCs to watch. Linebacker Nick Underwood will add depth to a solid unit. He began his career at Air Force before trekking to Riverside CC in California. At the least, he will help a lot of special teams. DB Alex Woods will help in a secondary that has work to do after playing at Lackawanna CC. But he was hurt in the spring.

The Gophers are thin at defensive tackle. So Royal Silver should see plenty of action. The Iowa Western CC product was a second-team NJCAA All-American last season.

The Buckeyes will get help from two JCs. One of the transfers has been on the roster for over a year already. Offensive tackle Malcolm Pridgeon signed with the Buckeyes on National Signing Day 2016 after transferring from Nassau Community College in New York. He was expected to earn, or at the very least compete, for one of the tackle positions last year. Unfortunately, Pridgeon suffered a knee injury in practice before the start of the season and never played a snap in 2016. Instead, Isaiah Prince started at right tackle all season and struggled at times.

But the guy who has Buckeye fans excited is cornerback Kendall Sheffield. He was a former five-star recruit who originally committed and enrolled at Alabama. After redshirting his freshman season, Sheffield transferred and played one season at Blinn College in Texas before committing to Ohio State in January. Sheffield will have three seasons of eligibility. But if everything goes according to plan, that may just be a technicality. He could be gone after one season to the NFL. He?s that good.

New Boilermaker coach Jeff Brohm inherited arguably the least talented roster in the Big Ten. So Brohm beat the bushes for immediate help in any form he could get it, turning to the JC ranks for relief. And, he found some potentially good players. Safety T.J. Jallow arrived in the spring from East Mississippi C.C. (the place featured in the Netflix series ?Last Chance U?) and immediately turned heads with his hard-hitting style.

It?s vital that receivers Terry Wright and Isaac Zico hit the ground running this summer, as the Purdue receiving corps is in a state of crisis. The Boilermakers lose four key wideouts that must be replaced, including NFL draft pick DeAngelo Yancey. The foursome combined to make 157 catches for 2,122 yards and 17 TDs in 2016. Wright arrives from Coffeyville CC in Kansas; Zico comes from Georgia Military Academy.

The offensive and defensive lines also are in urgent need of help. JC DE Kai Higgins is an interesting find. The Chaffey College (Calif.) product got an offer over the phone after never visiting Purdue or meeting a staff member ? and he took it. Higgins looked good in the spring and is primed to help. Defensive tackle Ray Ellis of City College of San Francisco will add depth. Ethan Smart arrived in time for spring ball from Northeast Mississippi CC and looks poised to help at offensive tackle.

The Badgers don?t often dip into the JC ranks. But they got a good one in linebacker Andrew Van Ginkel from Iowa Western Community College. He was behind Garret Dooley, Leon Jacobs and Zack Baun in spring but will get snaps at outside linebacker this fall. Van Ginkel was the Missouri Valley Football Conference Freshman of the Year and a first-team All-MVFC pick as a freshman at South Dakota in 2015. He transferred to Iowa Western after the coaching staff at South Dakota turned over.