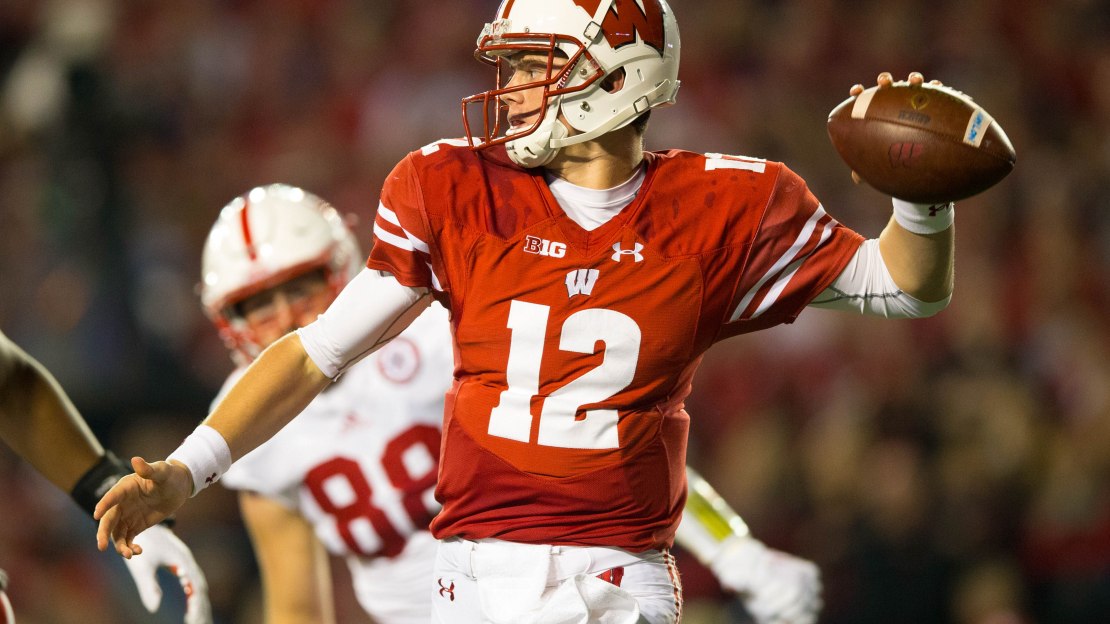 Wisconsin and Paul Chryst are thinking big again, looking to defend their Big Ten West title. And the Cotton Bowl champs have the weapons to accomplish the feat.

But there is a new dynamic: Chryst will be on his third defensive coordinator in three years, as he promoted defensive backs coach Jim Leonhard to take over what has been one of the top defenses in the nation in recent years. Still, there is a lot to work with in Madison, including veteran talent in the trenches on both sides of the ball.

Challenges loom on the schedule. Here is a look at Wisconsin?s 2017 schedule.

Toughest non-conference game: The Badgers go to BYU on Sept. 16 for the third game of the year. Wisconsin should be tuned up by the time it rolls into bucolic Provo. Still, the Cougars will be a difficult out, especially at home. BYU is coming off a 9-4 season and has a good QB in Tanner Mangum. UW probably wants to avoid getting into a shootout with BYU, which will be a challenge for what looks like a stout Badger defense. The all-time series is 1-1, with both games taking place in Madison. Wisconsin won in 2013, while BYU prevailed in 1980.

Toughest conference game: The trip to Nebraska on Oct. 7 will be difficult. But let?s go with the visit from Michigan on Nov. 18. The Wolverines and Badgers have met just one time since 2010, with Michigan taking a 14-7 decision last year in Ann Arbor. The schools haven?t met in Madison since 2009, as Wisconsin took a 45-24 win. In fact, UW has won the last three vs. Michigan in Camp Randall Stadium, where the Wolverines last prevailed in 2001.

Easiest game: It won't get easier than the Week 2 visit from Florida Atlantic and new coach Lane Kiffin. Once the fastest-rising coaching star in America, Kiffin finds his career in reverse at age 42. The man who once coached the Raiders, Tennessee and USC and most recently was offensive coordinator at Alabama is now running a C-USA program. Kiffin takes over for former Wisconsin assistant Charlie Partridge, who was ousted after posting three consecutive 3-9 seasons. The Owl program was berthed in 2001 with Howard Schnellenberger as the first coach and has just two bowl appearances, the last being in 2008. The season opener vs. Utah State on a Friday night should be a breeze, as well.

Toughest stretch: The last three games could make or break Wisconsin?s season. The daunting run begins with a visit from Iowa on Nov. 11 and is followed by a visit from Michigan. Then, the 2017 campaign concludes with a junket to Minnesota on Nov. 25 in a battle for the Paul Bunyan?s Axe. The Badgers have won four of the last five vs. Iowa, but the Hawkeyes won their last visit to Camp Randall in 2015, 10-6. Wisconsin is 4-3 in its last seven clashes with Michigan. Wisconsin has dominated the Golden Gophers. In fact, Minnesota hasn?t won Paul Bunyan?s Axe from Wisconsin since 2003, losing the last 13 meetings and 20 of 22 since 1995.

Best chance to be upset: Wisconsin needs to be careful when Northwestern visits for the Big Ten opener on Sept. 30. Complicating matters for the Badgers is the fact this game comes on the heels of a game at BYU, but UW will have had an off week prior to the Wildcats? visit. These two teams may be the favorites to win the West. So, this could be a de facto Big Ten West title game. Wisconsin won last year vs. NU, but the Wildcats won two in a row before that. These teams are similar, as each can run the ball and has a nice defense. It may come down to which QB makes the most plays: Northwestern?s Clayton Thorson or UW?s Alex Hornibrook.

Best chance to pull an upset: Let?s assume Wisconsin will be an underdog when it goes to Nebraska on Oct. 7. You have to like the Badgers? chances to leave Lincoln with a victory. Wisconsin has been a nemesis of sorts for Nebraska, the program the Huskers much catch if they want to rule the West and win a conference title for the first time since 1999. Wisconsin has won four in a row vs. the Cornhuskers and five of six. And the Badgers have beaten Nebraska in fabulous fashion on occasion, taking a 48-17 win in 2011, 70-31 in the 2012 Big Ten title game and 59-24 in 2014. UW won in OT last season.

Must win: If the Badgers want to repeat as Big Ten West champs, they probably will need to take down Iowa when it visits on Nov. 11. Wisconsin is 6-3 in the last nine meetings. This will be only the second meeting in Madison since 2009 in a series Wisconsin leads 45-43-2.

Bye week: This comes on Sept. 23, after Wisconsin has played its three non-conference games. And the week off falls between a trip to BYU and visit from Northwestern, so the timing is good.