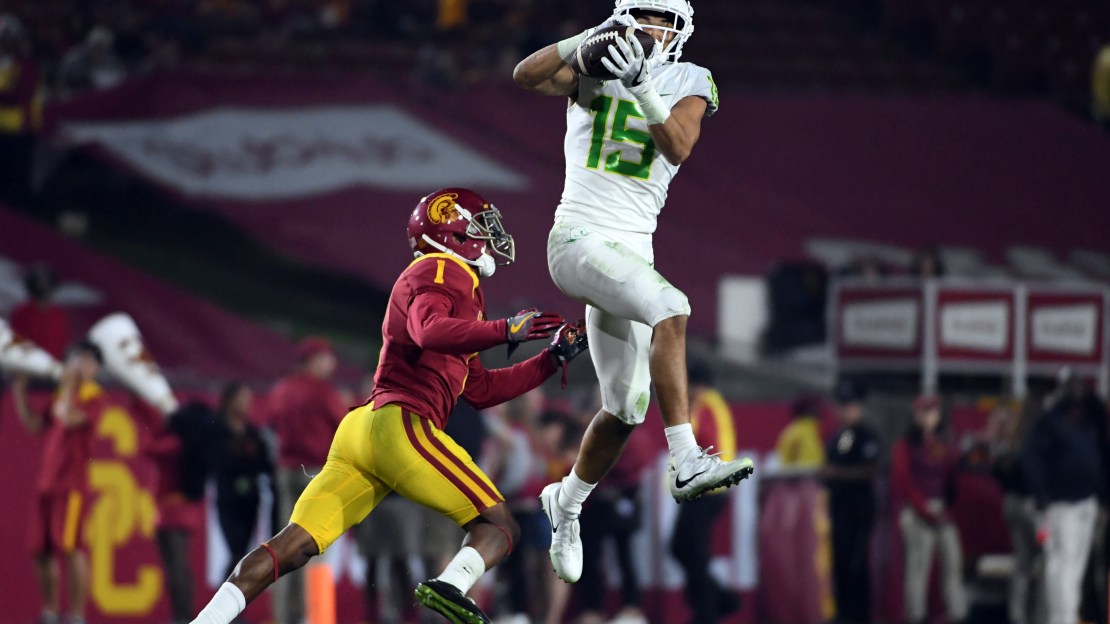 Grad transfers continue to be a big part of the college landscape, as players move from one school to another after graduation ? and are immediately eligible. Three schools in the Big Ten will benefit more than the rest in 2017: Purdue, Rutgers and Northwestern.

The Wildcats will have a pair of grand transfers in wideout Jalen Brown from Oregon and offensive lineman Trey Klock from Georgia Tech. Each will have two years of eligibility.

Brown could become NU?s go-to wideout with 2016 Big Ten Receiver of the Year Austin Carr gone. The 6-1, 200-pound former four-star recruit made 17 grabs last year in Eugene. The 6-4, 285-pound Klock arrived at Tech as a tight end before bulking up. He made five starts in 2016 and appeared in 22 games at Georgia Tech. Pat Fitzgerald likes to have as much competition and depth as he can up front for a Wildcat o-line that should be pretty good.

Jeff Brohm took one look at his roster upon arrival and realized he needed help ? now. So, the new Boilermaker boss worked hard to add some proven talent via the grad transfer route and landed four. Keep an eye on wideout Corey Holmes, who arrived from Notre Dame. He purportedly was the fastest player in South Bend, but he never got on track. He is a welcome addition to a position that is in dire need of help. In 2014, Holmes played in just two games and spent most of his time on the scout team. He then redshirted in 2015. Holmes made 11 catches for 96 yards at ND.

Another offensive addition is tackle David Steinmetz from Rhode Island. The line is a position with Defcon One status. The 6-8, 296-pounder will help an area that lacks depth and talent, figuring to grab a starting spot the moment he buckles his chinstrap.

The Boiler defense will get a needed boost in the secondary from Wake Forest arrival Josh Okonye, who didn?t start one game in his career in Winston-Salem but was still a valuable reserve. Okonye will play for his position coach at Wake in Derrick Jackson.

Western Kentucky?s T.J. McCollum will bolster an already strong LB unit after following Brohm and DC Nick Holt from Bowling Green, Ky., to West Lafayette. After starting his career at UAB, McCollum started 26 games for WKU the last two years. In 2015, he led the Hilltoppers in tackles and tackles for loss; in 2016, he was third in the former category and seventh in the latter.

The Scarlet Knight offense needs help. And, it?s getting it in the form of three grad transfers. And no grad transfer in the Big Ten may have a bigger impact–or be more vital–than QB Kyle Bolin, who was a big get for the Scarlet Knights as they look to augment the worst passing attack in the Big Ten (138.3 ypg). The Louisville grad transfer picked RU over Texas, among others, and will battle Gio Rescigno and Jonathan Lewis for the job. Gotta like Bolin?s chances. He threw for 2,104 yards with 13 touchdowns and 10 interceptions on 141-of-242 passing in 17 career games at U of L. Bolin also started five games in 2015, and was the backup to Heisman Trophy winner Lamar Jackson last season.

Damon Mitchell arrives from Arkansas to boost the wideout corps, joining brother Ahmir, who transferred from Michigan last year. Damon, along with little brother, could be a nice tandem.

And Gus Edwards could be the top fullback, a spot that is making a comeback for RU under new coordinator Jerry Kill. Edwards arrives from Miami (Fla.), having rushed for 977 yards and 12 touchdowns in 35 career games as a reserve in Coral Gables. He was the No. 1-rated fullback in the class of 2013 by Rivals.com. Edwards could be a nice blocker for Josh Hicks, Robert Martin and Trey Sneed. But Edwards also is a proven ball carrier.