How Minnesota created a vest that knows when someone needs a hug: BTN LiveBIG 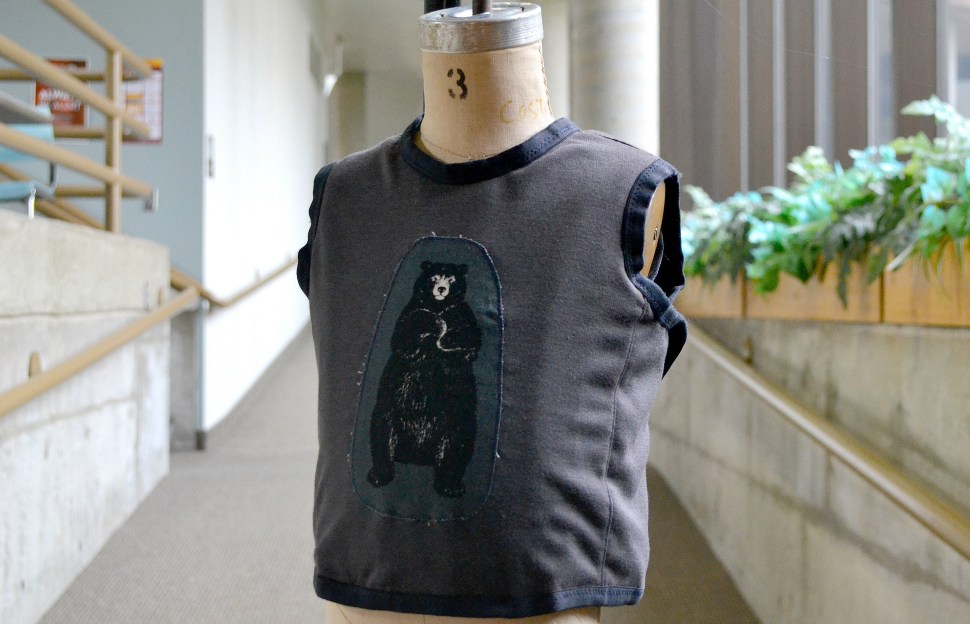 To assist astronauts going on a mission to Mars, Brad Holschuh - then a researcher at MIT - helped develop clothing fitted with actuators. These small machines would assist astronauts with various strength-based tasks based on electrical signals or other energy it detected.

Though he changed jobs before that space flight ever took place, his new role as co-director of the University of Minnesota?s Wearable Technology Lab, finds him working with a graduate student who has a different idea of how to best utilize that technology.

Holschuh?s experience using actuators inspired second year apparel studies masters student Julia Duvall to create a vest that helps people with sensory processing disorder (SPD). Duvall is in Minnesota's product development track, has a background in apparel design and experience at NASA's Johnson Space center. In addition to her academic background, Duvall's nephew has autism, and she has seen first-hand the struggles he faces, especially when it comes to weighted garments. She wanted to create a compression garment that helps those with SPD process the signals around them and feel comfortable, regardless of where they are or the situation they are in.

The vest provides what essentially equals a calming hug, Duvall explained. Because it is controlled via mobile app, the hug can be applied by a teacher, parent or occupational therapist, allowing the wearer to feel the satisfaction they need, regardless of whether or not they are aware they should be getting that extra tight squeeze.

?People with SPD [who are] having difficulty processing all the signals coming in, having that hug can help them regulate themselves,? Duvall says. ?There are garments out there that help create compression. Those included like a stretch garment that are tightly fitted and inflatable garments, and also weighted vests.?

There are multiple drawbacks to the products already on the market, which the Minnesota team aimed to solve. One of the bigger problems is that people with SPD become acclimated to the pressure being applied by current clothing, decreasing its effectiveness. To solve that, Duvall helped pair her vest with a mobile application, allowing the weight on the clothing and how tight it is hugging the user to vary.

Another issue is that when someone with SPD needs the extra weight to calm down, it is also often the worst time to have him or her change clothes. ?If they are agitated, they are not in a state where you can approach them to try and manipulate them,? Holschuh says. ?Some of these existing products you have to pump something to inflate it. You have to cinch you?re your inflated vest, or do something physically interactive with a person, and they?re not really in an emotional state to do that.?

The flexibility in their system is one of its biggest advantages.

?[Our vest] can be a practically invisible deployment mechanism,? says Holschuh. ?Pull out your phone and hit a button; you can create these effects in the vest, which translates to the person, without any outwardly obvious signs that a treatment has begun. It can lower the social stigma, it can be done without agitating a person, or even it means the person can control it themselves or their therapist can control it from the other side of the world.?

So far, the team has just done pressure testing on its product. Clinical trials and other work still must be done before the vest can hit the market for people with SPD to purchase and use. That time is valuable to the researchers that are still working to understand how the treatment they are providing can be best used, another benefit of merging the vest with an app that can track data.

Though Holschuh spearheaded the idea of using reactive actuators on clothing, it was Duvall?s experience with a family member that gave her real-world field experience on how the device would need to work and how the team would monitor its effectiveness.

?One of the great things about what [Duvall] has developed is not only better performance-wise than what?s out there but also gives you the ability to actually study this problem vigorously,? Holschuh says. ?If we know what we are generating and change it in real time, we can collect data on it as the systems have those capabilities or could easily be built with those capabilities. Not only is that better than what?s out there but it actually can become a platform for refining the requirements of this treatment.?