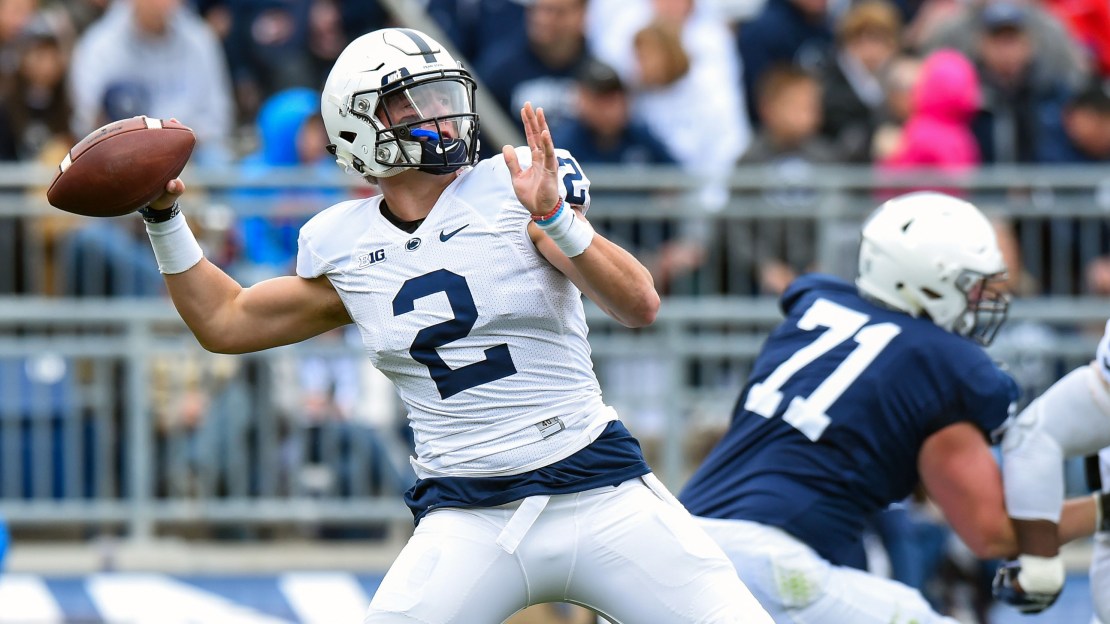 Let?s take a look at the seven schools in the best shape at backup quarterback, who often is one of the most popular players on campus. No school wants to use the No. 2 signal-caller. But, it's nice to know your school has a good one should something happen to the No. 1 man.

1. Penn State. Trace McSorley is firmly entrenched as the No. 1 man after a sensational sophomore season. But should something happen to McSorley, the Nittany Lions would be in good hands with sophomore Tommy Stevens, who nearly won the job over McSorley in training camp last August. The 6-4, 218-pound Stevens appeared in seven games in 2016, hitting 2-of-3 passes for 35 yards and running 21 times for 198 yards and two TDs.

2. Michigan. When 2017 dawns, junior Wilton Speight figures to be the starter-again. But keep an eye on redshirt freshman Brandon Peters. The 6-5, 216-pound Peters excelled in the spring and passed John O?Korn, a senior, as the No. 2 signal-caller. And, Peters-the 2015 Gatorade Player of the Year in Indiana–looks poised to push Speight.

3. Ohio State. This is senior J.T. Barrett?s time to shine. The veteran option behind him is 6-3, 215-pound sophomore Joe Burrow played in five games last season, completing 78.6 percent of his passes (22 of 28) and threw for 226 yards and two touchdowns. But don?t count out 6-3, 214-pound redshirt freshman Dwayne Haskins, a four-star prospect like Burrow. Each is a nice fit for the power spread offense.

4. Northwestern. Clayton Thorson looks primed for a big junior season and is poised to leave campus as an all-time great. Pat Fitzgerald can rest easy with senior Matt Alviti in the wings. The 6-0 200-pounder knows the system and can move the chains with his dual-threat skills but has limited experience. Alviti has thrown just eight passes in three seasons with the Wildcats and has run the ball 16 times for two yards.

5. Rutgers. Giovanni Rescigno is the No. 1 man after playing in seven games with starts in each of the last five games in 2016. The junior hit 86-of-153 passes for 889 yards and five touchdowns and totaled 107 rushing yards with two scores. But he may lose the job to Louisville grad transfer Kyle Bolin. The 6-3, 215-pound former four-star recruit is a pro-style QB with one year of eligibility. Bollin has thrown for 2,104 yards with 13 TDs in his career with six starts.

6. Indiana. Richard Lagow arrived from a JC before last year and proved to be capable. But this spring, redshirt freshman Peyton Ramsey shined, leading some to wonder if he could push Lagow-a senior-for the job. The 6-2, 205-pound Ramsey is more nimble than Lagow while also showing nice touch on his passes.

7. Nebraska. Tulane transfer Tanner Lee won a heated spring competition for the starting job over redshirt freshman Patrick O?Brien. Should Lee, a junior, stumble, the Husker staff has confidence in the 6-4, 230-pound O?Brien, a four-star California kid and pro-style passer who was one of the biggest commitments early on for Mike Riley. O?Brien, who has been playing QB for about five years after being a linebacker through middle school, has a big arm, is smart and savvy.